ICMA has had a longstanding commitment to equity and social justice and to ensuring the Code of Ethics reflects the profession’s values in advancing the best interests of all community members.  The following provides information about the current review effort with membership to better integrate our commitment to equity and social justice into the language of the Code along with a history of changes to the Code since 1924.

This page contains information on ICMA’s efforts to review the Code of Ethics with membership.  Use the drop-down feature below to access information on each of these topics.

In June 2020, the board issued a statement on systemic racism that included several action steps ICMA would take with one action step specific to ethics:

“The local government management profession and ICMA were founded on a Code of Ethics and a Declaration of Ideals, which demand that we serve the best interests of all, achieve equity and social justice, and act with integrity so that we may earn the trust of all those we serve. Addressing systemic racism is our ethical obligation.

We will revisit our Code of Ethics to better integrate our ethical commitment to racial justice and equity into the very fiber of the 12 tenets.”

The board’s Committee on Professional Conduct (CPC) is implementing this ethics action step on behalf of the board.  The CPC recommended engaging a third-party consultant to objectively assess the Code with membership as the most expedient, unbiased, and inclusive route.  The board approved the CPC’s approach in December 2020.

Scope of this review

ICMA selected the University of North Carolina at Chapel Hill’s School of Government as a consultant for this review effort in May 2021.  The project scope of work involves the following:

Review Status: Where We Are Now

The consultant team facilitated the first set of focus groups with members in August 2021.  Two in-person meetings occurred in October 2021 during the annual conference in Portland, Oregon.  More than 75 members gathered to provide feedback on ways to better integrate the profession’s ethical commitment to social justice and racial equity in the Code.

The board has emphasized the importance of hearing the perspectives from as many members as possible, so ICMA is continuing the dialogue with multiple opportunities (virtual and in-person) planned for 2022.  ICMA facilitated conversations during the 2022 ICMA Regional Conferences, several state association meetings, and held three virtual meetings open to all members. Overall, ICMA facilitated seventeen feedback sessions (virtually or in person).

ICMA sincerely thanks the 600 members who have participated in feedback sessions over the last nine months to share their invaluable perspectives.  The discussions focused on four tenets and some of the corresponding guidelines that participating members identified as most relevant to the profession’s continued commitment to diversity, equity, and inclusion that shaped the upcoming survey that will be sent to membership in late June.

In February 2013, the ICMA Executive Board (Board) approved the Committee on Professional Conduct’s (CPC) plan to engage the membership in a structured review of the Code to ensure its continued relevance for all working in service to a local government.  ICMA’s Constitution requires a majority of members vote by ballot to make any changes to the language of the tenets in the Code.  The Board has the authority to revise guidelines to the tenets, and this usually occurs due to a recommendation from the Committee on Professional Conduct (CPC).

Through this process, Tenets 1, 2, 3, 4, 5, 6, 7, and 12 and/or their respective guidelines were reviewed and revised.  Detailed information about these changes to the Code is summarized, below:

2014. This structured review began with Tenet 12.  In conversations with the membership, the overwhelming feedback was Tenet 12, as written, used archaic language, and seemed to present two disconnected principles.  The old language “Seek no favor; believe that personal aggrandizement or profit secured by confidential information or by misuse of public time is dishonest” was replaced with “Public office is a public trust.  A member shall not leverage his or her position for personal gain or benefit.”

2017. Tenet 3, last revised in 1976, is one of two tenets that applies to all members (the other is Tenet 1).  In reviewing Tenet 3, the focus was to redraft the language to ensure it is relevant to a membership that is substantially broader than it was in 1976.  In the revised language, the commitment to integrity was retained but made more action oriented.  A new guideline on personal relationships in the workplace was added.  The existing guideline under Tenet 12, which addresses personal relationships that create conflicts of interest, was expanded to further explain what constitutes a conflict of interest.

Member feedback provided a consensus on simplifying the tenet language to “Serve the best interests of the people.”  The membership voted in favor of this amendment in June 2018 and shortly thereafter the Board adopted changes to the guidelines on inclusivity and diversity, and moved the length of service guideline to Tenet 3 as it related more to the professional commitment to integrity.

2019.  Tenets 1 and 2 had not been substantively revised since their addition to the Code in 1969 and that language had stated:

Following membership approval of the revisions, in June 2020, the Board approved the addition of the phrase “in order to uphold local government professionalism” to the existing Tenet 2 guideline on advice to officials of other local governments to explicitly state the reason for providing this notification to a colleague.

Tenets 5 and 6 were reviewed at the same time because they both addressed aspects of the policy recommendation and decision-making process and focused on a member’s role in implementing a governing body’s decisions.

The Tenet 5 guideline referencing a potential conflict by serving as both the city manager and city attorney had not been updated since 1972.  The CPC recommended to the Board reframing the issue beyond the narrow example given to address situations where there could be a conflict by virtue of holding two positions within the same organization or externally and that members have an obligation to disclose and disengage to the greatest extent possible.  The Board approved this change as well as the CPC’s recommendation to move the conflicting roles guideline to Tenet 3, where it is now aligned with the existing guidelines on conflicts of interest.

Tenets 8 and 11.  The CPC began the review of Tenets 8 and 11 during the 2020 Southeast regional conference with member discussion and feedback on the tenets and their relevancy to the profession.  When all other regional conferences were cancelled due to the COVID-19 pandemic and many state association meetings as well, the CPC decided additional opportunities for member feedback would be needed before considering revisions to Tenets 8 and 11 and paused this specific review in summer 2020.

The membership first adopted the Code of Ethics (Code), consisting of 13 Articles, during the ICMA Annual Conference in Montreal in 1924.  The Code defined the values of the profession, formalized the shared commitment to ethical principles with colleagues, and expressed the professional and personal conduct expected of members in order to merit public trust and confidence in the organizations in which our members serve.

The principles identified in the first Code continue to resonate with practitioners today.  The importance of honesty and integrity, the value of public service, seeking no favor from a position, exemplary conduct in both personal and professional matters, respecting the role and contributions of elected officials, exercising the independence to do what is right, political neutrality, serving the public equitably and governing body members equally, keeping the community informed about local government matters, and supporting and leading employees all come from that first version of the Code.

ICMA’s Constitution requires a majority of members vote by ballot to make any changes to the language of the tenets in the Code.  The ICMA Executive Board (Board) has the authority to revise guidelines to the tenets, and this usually occurs based on a recommendation from the Committee on Professional Conduct (CPC).

Since 1924, the membership has voted by ballot to amend the Code to reflect changes in society and emerging challenges for the profession.  Highlights of these changes are summarized below:

1938. In the first amendment, a preamble was added to better explain the council-manager structure and ICMA’s mission.  A statement of the profession’s commitment to merit-based hiring, noting that “political, religious, and racial considerations” carry no weight in personnel decisions was also added.  The reference to the manager’s duty to stay out of politics disappeared from the Code.

Article 3, while updated over the years, remains virtually intact today: “The city manager is governed by the highest ideals of honor and integrity in all his public and personal relationships in order that he may merit the respect and inspire the confidence of the administrative organization which he directs and of the public which he serves.”

1952. The ongoing debate over the precise role of the manager in the policy arena was reflected in tweaks made to the policy-related Articles.  The Code sagely advised managers to avoid public conflict with the governing body on controversial issues.

The first reference to the responsibility for continuous professional development also appeared in 1952.

1969.  As membership expanded as the result of changes to the ICMA Constitution, the Code ceased using the term “city manager” and was replaced with the more inclusive reference to “member.”

1972. The profession’s commitment to political neutrality, dropped in the 1938 revision, reappeared in more direct language in a new Tenet 7: “Refrain from participation in the election of the members of his employing legislative body, and from all partisan political activities which would impair his performance as a professional administrator.”

For the first time, the Board added guidelines to give members practical advice on investments, gifts, job commitment expectations, and election activities.  In addition, the Board adopted the formal Rules of Procedure for Enforcing the Code of Ethics.

1976. As ultimately unsuccessful efforts were underway to ratify the Equal Rights Amendment to the U.S. Constitution, the Code was made gender neutral in recognition of the fact that women are equal members of the profession.

1995.  The term “municipal” was replaced with “local government.”

1998.  An increase in political activity in the membership led to an amendment to clarify the profession’s commitment to political neutrality in Tenet 7 by emphasizing the broader principle.  The new version stated: “Refrain from all political activities which undermine public confidence in professional administrators.  Refrain from participation in the election of the members of the employing legislative body.”

Continuing the Member Dialogue on Reviewing the Code

Hearing the perspectives of members continues to be an essential part of the Code review process. A survey will be sent to all ICMA members via email in late June. The survey will remain open for 4 weeks. Please take the time to share your thoughts with ICMA!  Your survey response will help determine the next phases of this review effort.

ICMA Rules of Procedure for Enforcement of the Code of Ethics 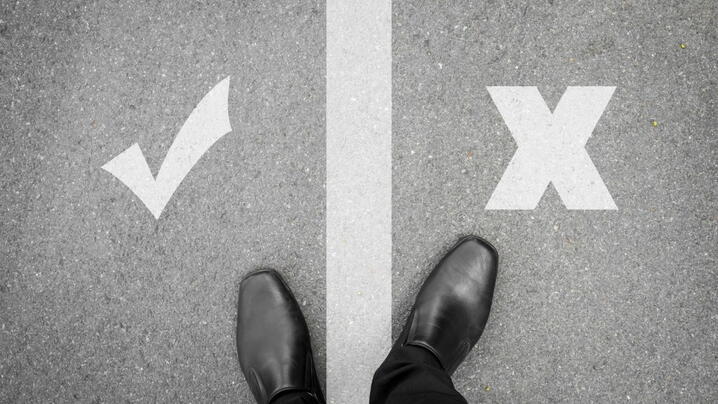 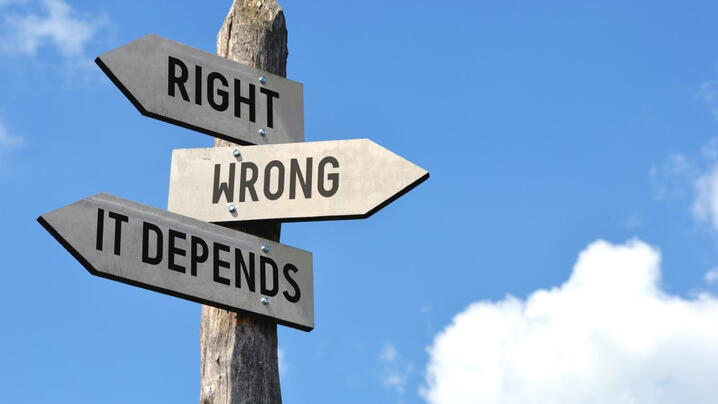 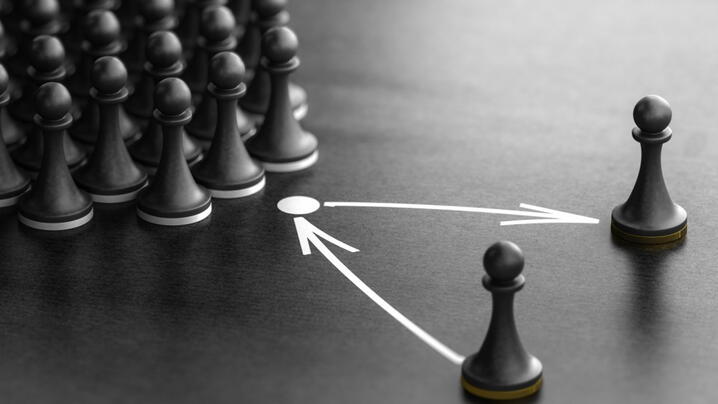 ETHICS MATTER! Selecting the Next Manager: What Role Should You Play?

Your involvement must align with the ethical values of the profession. 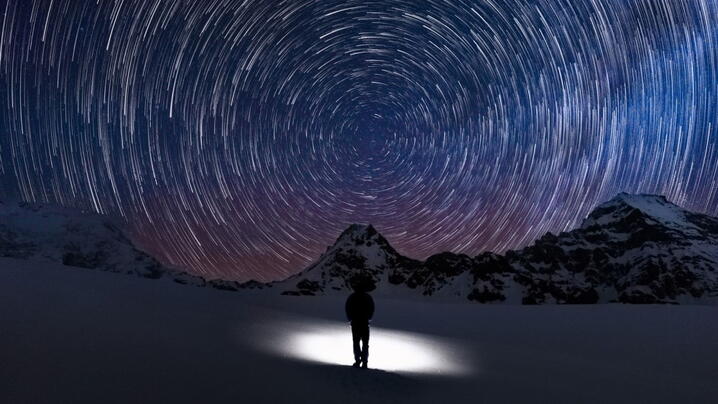 How to build trust in organizations, community, and the profession