Meeting just after the death of George Floyd and in the midst of public protests, the ICMA Executive Board developed a statement expressing the responsibility of leaders in the profession in addressing systemic racism and advancing social justice. The statement reinforced that under the ICMA Code of Ethics, this is an ethical obligation. The Code requires members to serve all the people, act with integrity in their professional conduct to build the trust of the people they serve, and do the job without discrimination on the basis of principle and justice.

The statement also referenced the ICMA Declaration of Ideals. The Ideals, created in the early 1980s by the ICMA Assistants Steering Committee and endorsed by the membership, perhaps more directly articulate the profession’s obligation in these times. The preamble states:

ICMA was founded with a commitment to the preservation of the values and integrity of representative local government and local democracy and a dedication to the promotion of efficiency and effective management of public services. To fulfill the spirit of this commitment, ICMA works to maintain and enhance public trust and confidence in local government, to achieve equity and social justice, to affirm human dignity, and to improve the quality of life for the individual and community. Members of ICMA dedicate themselves to the faithful stewardship of the public trust and embrace the following ideals of management excellence.

Why Ethics and Ideals?

The reference to the Ideals and the Code as driving principles of the profession and their intersection is worth exploring. What’s the difference between the two and the value for the profession in having both?

The Code of Ethics guided a nascent profession by defining the foundational principles of the profession and the standard of conduct expected by practitioners. Its value should not be underestimated. It raised the bar for ethical behavior by most and elevated the reputation of the profession. As Walter Scheiber, a leader in ICMA’s effort to promote ethical conduct, noted, “It contributed significantly to the high esteem in which city managers, other active members of the association, and ICMA itself are held.”1

Given the extraordinary benefit and impact of the Code, why develop another set of standards for the profession? What was missing? Much of the published commentary from members at the time noted that enforcing the Code, a critical component of setting higher standards, produced an unintended outcome. Rather than inspiring people to higher ethics, it became a list of behavior to avoid, i.e. “thou shall not.” Based on my experience, I am not sure that perception holds true today. That said, members of the Committee on Professional Conduct shared back then an observation that does ring true today: on occasion, a member’s conduct doesn’t outright violate the Code, but falls short of upholding the purpose of this profession. And that behavior is not limited to what gets reported to the committee. What should a professional strive to do every day to achieve the mission and purpose of this profession, beyond complying with our ethical standards?

The need to develop a set of ideals for the profession was recommended by the members who developed the “…New Worlds of Service” report in 1979. This group looked over the horizon and envisioned what the profession must do to be prepared for the year 2000. The times would demand from the profession an even higher commitment to ideals. They sought “an affirmative statement of the ideals of the profession that goes beyond the ideal of ethical conduct. These ideals should include strong expressions of belief in democratic values and process, the strength of constitutionally representative democracies, needs for social justice, dedication to equity in regulation and service delivery, a conservation ethics, and the importance of striving for excellence in local management.”

In reflecting on the strength of this approach, J.A. Ojeda Jr., a member of the Ideals drafting team, noted:

At a time when trust in government is not anywhere near where it should be, our Declaration of Ideals serves to restore that trust by irrevocably stating our commitment to management excellence in each of the 10 relevant and timely management ideals... The Declaration of Ideals is also a significant milestone for ICMA in that it officially recognizes that municipal administrators are now serving in racially and ethnically mixed communities, which represents new challenges and responsibility to all local officials both elected and appointed. This clear reference is made in the preamble to the ideal of equity and social justice, as well as the dignity of each and every one of the citizens we serve. It is a commitment to our basic values as a democratic and pluralistic society, a commitment that emphasizes the need for humility in public service, a statement that there is little room for arrogance and hubris in our profession, for we must serve everyone equally and with the same sense of compassion and professional integrity. This reaffirmation of our basic democratic ideals brings our profession in line with the rapidly changing urban scene.2

Many are dismayed and discouraged at the lack of progress in dismantling systemic racism and advancing social justice across the globe. For an action-oriented profession, ideals without action may seem meaningless. But as Sylvester Murray, ICMA’s first Black president, noted in 1984, when the Ideals were promoted to the membership, “It is often said that an “ideal” is something unachievable, the highest star to reach for, knowing that you will never do it. That is not the case with our organizational ideals. Our ideals are achievable. Each of us ought to be committed to achieving the ideals set forth in the Declaration of Ideals. Our cities would be better off, our organization would be better off, and we would be better off as individuals.”

Now is the right time to recommit to the Ideals to enhance the dignity of all our residents. I encourage you to review the Ideals here.

2 J.A. Ojeda Jr., PM,August 1984. Mr. Ojeda served at the time as the assistant to the county manager in Metro Dade County, Florida. Mr. Ojeda went on to serve several local governments and is currently an ICMA Life Member. 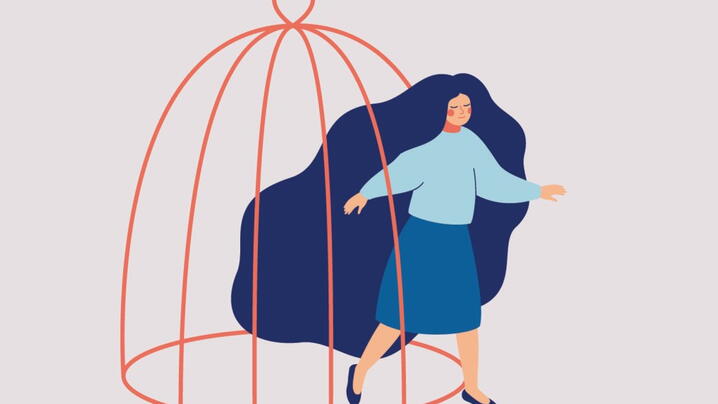 IDEALS: Stepping Outside Your Comfort Zone