There is a great line in the movie In the Heat of the Night that has actor Sidney Poitier responding to racist sheriff Rod Steiger by saying, “They call me Mr. Tibbs!” The flash of anger arises from a confrontation over what constitutes evidence and the fact that the sheriff cannot believe that this Black detective could have thought of an angle he missed and thus tries to undermine the latter’s credibility.

This small vignette from a movie classic underscores much of the failure that I have witnessed in the council-manager relationship over the past 40+ years. While I might write about other points of failure and shortcomings,

The core reason this relationship fails so frequently, and at considerable cost, lies in the inadequate respect both parties have for their counterparts.

Does a manager think that it is easy to become elected? Try it! There are a lot more nuances to being a candidate for office than might meet the eye, and the grind of going door to door is not something to be glossed over. Every candidate for mayor needs to know his or her community and its history, challenges, needs, and sources of pride, as well as what makes it a community in the eyes of the residents. Candidates are required to speak with passion and commitment to the role even without having had the benefit of experience in public office. Each legitimate candidate must be capable of discerning what has worked well for their predecessors and what has undermined success. Being able to address specific questions pertaining to tax rates, laws, ordinances, organization structures, and the powers of administrators requires at least a modicum of understanding of these topics so as to avoid the embarrassment of offering glib answers at an election forum.

The Other Side of the Coin

The candidate for office who does not understand or respect the education and experience of her or his city manager will also struggle both as a candidate and as a newly elected official. The office of mayor is seldom handled well by someone who does not appreciate the depth of experience and education that his or her manager possesses, or the breadth of work-related challenges of being the senior person in charge of making certain that all systems function when and as expected.

There is a vast array of duties that municipal managers and their direct reports face on a daily basis. Their to-do list can range from an economic development decision in one moment to a major infrastructure issue the next; from a rezoning application and a very demanding developer, to a young mother who cannot afford a season pass for leisure facilities for her six children. The manager needs to be able to manage senior level egos while nurturing newcomers to public life. On top of those administrative challenges and a host of others, the manager has a cast of elected officials, all of whom expect quick answers to their questions and efficient responses to public demands. In addition, the manager must establish a sound relationship with the new mayor, whose expectations might be as broad as his or her experience in such matters is shallow.

Each of these roles is distinct and each has its own challenges. Neither will function as expected without the respect and support of the other party, both of whom are critical to the essence of local government. (This is true regardless of size of municipality or its geographic location).

Respect should be evident at the outset and should be a foundational element in the relationship between those appointed to office and those elected.

While the roles of both parties are vastly different, the convergence of them will not be smooth without the requisite degree of respect.

This should not be a difficult proposition to understand, and yet, based on a wide range of experience, it does not seem to take long before members of a council begin to question and/or undermine the legitimacy of their manager and department heads as though they as elected officials, with very little relevant experience, could do a better job. Further, because councilmembers often have deeper resumes and professional qualifications, they may chafe at the orientation advice that suggested that “no, their expertise is neither expected nor desired.”

Over the years, I have noted that those administrators who have best discerned these very distinct roles often refer to their elected counterparts by their new titles and not by first names; the latter makes it sound like “we are all in this together,” whereas the use of titles indicates that “I respect you” and your new and elevated status. Simple matter? Perhaps. Like Virgil Tibbs, the character played by Sidney Poitier, a matter of respect (and distinction) I think so.

George B Cuff, FCMC, is president of George B Cuff & Associates Ltd. He has taught in the ICMA University program over the past 10 years on the topic of “Fatal Flaws of a Council-Manager Relationship” and on the need for a solid “Council-Manager Orientation.” George has a background as a municipal manager and as a mayor, elected four times and serving 12 years in that capacity.

For more, download Making It Work: The Essentials of Council-Manager Relations, an e-book from ICMA that provides the competencies needed to build a relationship that is based on mutual respect, understanding of roles, and open communication.

10 Principles for a Successful Council-manager Orientation 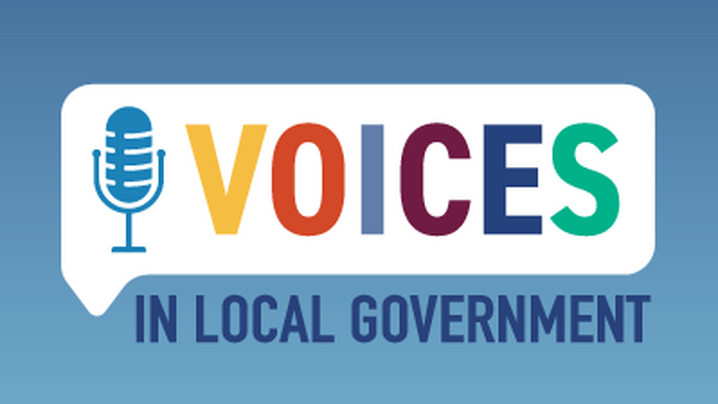