The Decade of Local Government 2.0

There has been a lot of buzz lately about a new dynamic in governing. This “Power Inversion" is the focus of a new book (and article by Thomas Friedman of the NY Times I want to Be a Mayor)  by the Brookings Institution scholars Bruce Katz and Jennifer Bradley, entitled: “The Metropolitan Revolution: How Cities and Metros Are Fixing Our Broken Politics and Fragile Economy.”

Katz and Bradley state, “For generations, we held the view that “the feds and states are the adults in the system, setting direction; the cities and the metropolitan areas are the children, waiting for their allowance. The metropolitan revolution is exploding this tired construct. Cities and metropolitan areas are becoming the leaders in the nation: experimenting, taking risks, making hard choices.” We are seeing “the inversion of the hierarchy of power in the United States.” What exactly does this mean and, more importantly, is your community taking advantage of this historic opportunity? 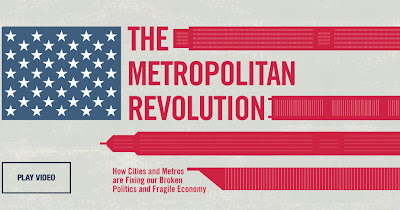 Katz and Bradley frame the opportunities best: Although only states and the federal government are recognized by the U.S. Constitution, cities and metropolitan areas enjoy considerable powers. There is an inextricable link between fiscal devolution and the shaping of economies in cities and metropolitan areas. A large share of financing for local services, for example, comes from revenues generated at the municipal level. Given these fiscal tools, cities are able to access municipal bond markets and utilize innovative financing techniques, such as tax increment financing (TIF), to support specific economic development strategies and projects. Cities and counties also have the power in most states to go to voters with ballot initiatives to ask for bond issues or dedicated tax sources to support smart, targeted investments. All these financing tools leverage additional funding and resources from the private sector. Municipalities also have enormous ability to grow and shape their economies given their substantial control over local land use, zoning and planning. The design and implementation of these powers helps set the framework not just for the physical landscape of the city, but also structure of industry and residential and commuting patterns.
Against this backdrop, directly elected Mayors play both formal and informal roles within cities. In many cities, Mayors are the CEOs of the local government, responsible for the overall management of city agencies and departments and the appointment of board members and even senior staff members to quasi public agencies. The best U.S. mayors also extend beyond their formal remit and help set the broader competitive vision for the city, in coordination with corporate, university and civic leadership, and develop strategies to achieve that vision. The informal power to convene is probably the least respected tool a local elected official possesses, but the most important one when addressing issues as multi-dimensional as the desired shape and structure of a metropolitan economy. Mayor Bloomberg understood this in the early days of the Great Recession when he and his Administration reached out to dozens of corporate and civic leaders to discern options for economic revival and diversification, a process which ultimately resulted in the Applied Sciences District.

America’s metropolitan revolution seems thoroughly attuned to the pace and tenor of modern life spawned by technology and globalization. We are living in a disruptive moment that worships speed, extols collaboration, rewards customization, demands differentiation and champions integrated thinking to match and master the complexities of modern economies and societies. The metropolitan revolution is like our Age: crowd sourced rather than closed sourced, entrepreneurial rather than bureaucratic, networked rather than hierarchical.

Dr. Benjamin R. Barber, an internationally renowned political theorist, takes this philosophy even further in his upcoming book If Mayors Ruled the World. In this book, Dr. Barber boldly theorizes Let cities, through a global “Parliament of Mayors,” run the world.
Why cities? They already occupy the commanding heights of the global economy. They are home to more than half of the world’s population, a proportion which will continue to grow. They are the primary incubator of the cultural, social, and political innovations which shape our planet. And most importantly, they are unburdened with the issues of borders and sovereignty which hobble the capacity of nation-states to work with one another.
Why mayors? Through rigorous research and extensive surveys, Dr. Barber demonstrates that regardless of city size or political affiliation, local executives exhibit a non-partisan and pragmatic style of governance that is lacking in national and international halls of power. In the immortal words of former New York mayor Fiorello La Guardia, “There is no Democratic or Republican way of fixing a sewer.” Through these qualities of leadership mayors have retained the trust of citizens in their office, helped cities become beacons of good governance, and spearheaded city-to-city collaborations in order to better address shared problems. Hear more from Dr. Barber here.

Within this framework, we also have a recent article by ICMA Executive Director Bob O’Neill Public Service and the Limits of Specialization. Bob’s point, contrary to limiting specialization, is that local governments must buck traditional organized structures. In as much as Katz and Bradley write that we are “living in a disruptive moment that worships speed, extols collaboration, rewards customization, demands differentiation and champions integrated thinking to match and master the complexities of modern economies and societies”, O’Neill similarly challenges local government leaders by writing “The question for government leaders is this: How do we take advantage of the enormous power of specialization yet organize around the issues that matter most to those we serve? It stands to reason that if new ways of thinking about the impact of organizational structure and leadership can transform public-safety operations, then the same would be true for departments and agencies throughout all levels of government.”

How to Get Started 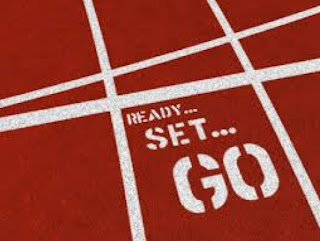 We at CPBB love the thought of this opportunity. In fact we can't get enough of it. The next 10 years could be a defining period for local governments across the Country, and for your local government. We are living and participating, being called upon in perhaps the single most important time in the history of our institution.
However, with such extraordinary opportunity ahead of all of us, there is also tremendous challenge. For many of our organizations, it seems our resources are already scarce, and made worse by the problems plaguing Federal and State levels. How are we to rise to the occasion of the decade of local government, with the seemingly insurmountable stress already upon us?

At the 2013 Priority Based Budgeting Conference in Washington D.C., the Davenport Institute's Pete Peterson captured the essence of the issue with a quote from Stephen Goldsmith, (“The Red Ink Tsunami: Why Old Ideas Can’t Fix the New Government Perma-Crisis”) -- “For a variety of reasons today’s budget deficits are different. Government at all levels now faces an inescapable reality – the promises of public services exceed our ability to pay for them – and will do so regardless of when the recession ends. The steady increase in the quantity and cost of public services, coupled with the needs of an aging population and public pension costs have produced a long term, structural deficit."

How does local government seize this incredible opportunity, how do we embrace the “Decade of Local Government” when revenues are static or declining, citizens can't and more importantly won’t contribute more tax dollars and the perception held by so many of them is that their city or county is wasteful and inefficient? Or, how do we initiate the kinds of great ideas that Katz and Bradley have observed, as well as Bob O'Neill's concept of leveraging the great specialization in our communities?

This is what drives us - this is the work we're involved in. This is what Priority Based Budgeting is ALL about. The reason we're so elated with Friedman's "I Want to Be Mayor" and O'Neill's concept of leveraging specialization is because these are the outcomes that PBB leads to – PBB is a means to the ends, a systematic way of evaluating what we do, what others in our community are doing, and always with a focus on the Results we're trying to achieve. Furthermore, through the lens of PBB we are able to tie in the resources (financial, human, physical), ALL the resources that a community has to offer, and direct them towards the societal results we want to achieve.
Many communities we've worked with that, through implementing Priority Based Budgeting, have leveraged financial stability to launch a variety of innovative and creative programs that foster future success for the benefit of their citizens. 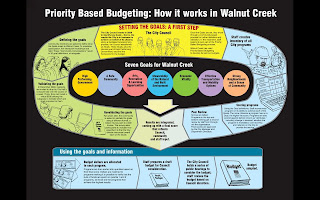 City of Fort Collins, Colorado
City of Cincinnati, Ohio
City of Walnut Creek, California
City of Plano, Texas
City of San Jose, California
The CPBB itself continuously seeks innovative and cutting-edge trends to incorporate into our work for the benefit of the communities we serve. See the following recent posts:
CPBB Hangs Out with Peter Diamandis - PBB as a Resource Liberating Tool 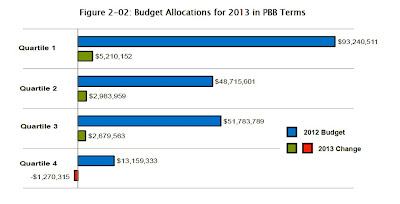 Priority Based Budgeting and The Power Inversion: Case Studies in the “Decade of Local Government”

From Scarcity to Abundance: Resource Liberation Through the Power of Shared Services

We commend Friedman, Katz, Bradley and O'Neill for helping show us what is possible in this Power Inversion and in the Decade of Local Government. It IS exciting. Now it's up to us to seize the opportunity!! 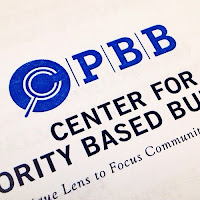 Keep an eye on the CPBB blog for further updates. Sign-up for our social media pages so you stay connected with TEAM CPBB!

If you're thinking of jumping into the world of Fiscal Health and Wellness through Priority Based Budgeting we would certainly like to be part of your efforts! Contact us to schedule a free webinar and identify the best CPBB service option(s) to meet your organization's particular needs. 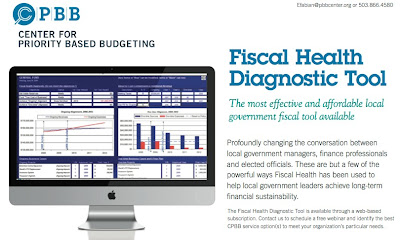 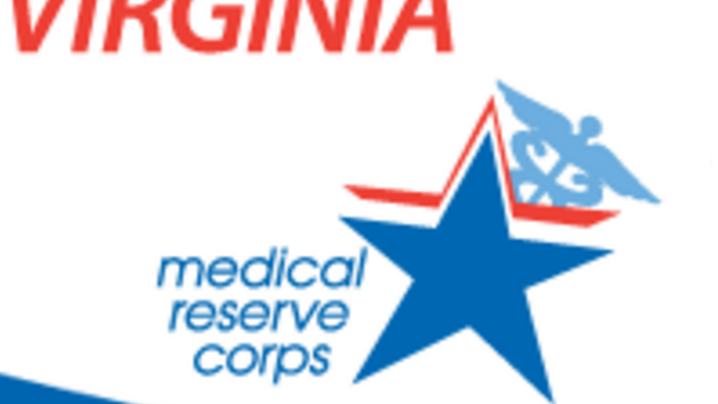 Career Compass No. 91: Post-COVID, What Is Your Leadership Narrative?

In this edition of Career Compass, Dr. Benest invites us to be strategic about how we restart operations: we have a unique opportunity to start fresh.