Companies, owners, teams, and players all measure success based on a goal or metric. In isolation, those goals and metrics often make sense, such as the percentage increase in top line sales year over year, or reduction in overhead costs year over year, or number of games won in a season, or batting average, or bringing home the championship trophy. These goals and metrics make sense and are easy to define. But defining and measuring metrics for housing agencies with much broader goals and objectives proves more challenging.

Take for example, the U.S. Department of Housing and Urban Development (HUD), whose mission, as defined on their website, is “to create strong, sustainable, inclusive communities and quality affordable homes for all. HUD is working to strengthen the housing market to bolster the economy and protect consumers; meet the need for quality affordable rental homes; utilize housing as a platform for improving quality of life; build inclusive and sustainable communities free from discrimination and transform the way HUD does business.”

A March 2021 report from the U.S. Government Accountability Office reports that HUD’s metrics focus on required financial goals, but do not always align fully with program goals or the agency’s mission.  Albeit, HUD’s mission presents challenges with creating metrics to align to the broader long-term goals of contributing to the economy and affordable housing, but that does not eliminate the ability to create metrics to align to the mission.

The GAO report states, “poor maintenance of foreclosed properties can negatively affect communities and threaten neighborhood stability,” all of which would deter HUD from attaining its mission. The report explains that the GAO was asked by members of Congress to review how HUD, Department of Veterans Affairs (VA), Rural Housing Service (RHS) of the Department of Agriculture, and Freddie Mac monitor real-estate–owned (REO) property conditions and whether metrics used to assess REO program performance align with the entities’ missions. What’s the difference between a house in foreclosure and a house listed as “real estate owned”? A home in foreclosure is being taken back by the mortgage lender; an REO home has already been taken back, but the lender hasn't been able to sell it.

The VA’s mission is to care for the veterans and their families. The mission of RHS is to build and improve housing in rural communities. And Freddie Mac’s mission is to provide stability and affordability to the U.S. housing market. All four of the organizations evaluated in the GAO report have honorable and specific mission statements, but none specific to maintaining vacant and abandoned properties to meet the needs of the community while ensuring financial return.

Property Maintenance—When Does It Happen?

The GAO report states, “We heard from entity staff that the condition of a property when it enters REO inventory also affects the kind of maintenance needed and can prolong time spent in inventory before sale.” The report does not specify which entity, but from experience, all vacant properties require significant maintenance to preserve value during the foreclosure and REO process.

A holistic analysis of property maintenance should be viewed from the initial vacancy through final disposition. For many years, general servicing industry practices differentiated between pre-foreclosure sale maintenance activities and REO, often delaying much of the maintenance until REO (once acquiring ownership). This practice often led to higher costs to preserve value in REO and contributed to blight in many communities across the nation. The industry shifted to increasing preservation activities to the pre-foreclosure and foreclosure stages from 2012 to 2015, with more maintenance occurring before sale/REO now more than ever before.

While general practice has shifted to more preventative maintenance being performed prior to foreclosure sale, the variances in policies and procedures between the GAO’s subjects is mentioned without recommendation to identify the best practices and create a uniform approach. Pre-foreclosure sale maintenance requirements and procedures vary by entity, leading to the possibility of three neighboring homes being maintained differently, causing confusion to the neighbors and city officials.

Independent of the differing maintenance policies, neighborhoods suffer from the differing disposition strategies as well. Some of the study’s subjects will allow occupied properties to be conveyed (from the mortgage servicer), while others require an eviction and vacancy before conveyance and reimbursement. Many neighbors, local government leaders, and industry experts might argue keeping a property occupied leads to less blight and better property values for the neighborhood.

Disposition strategies extend beyond occupied or vacant, too. The study’s subjects have varying rules on property condition, resulting in some properties being sold to a new owner in an “as-is” condition and the other properties being fully repaired with insurance proceeds. Which approach is preferable? Does the different approach entice different buyers?

I have two early memories that highlight the repair dilemma. One my first educational presentations was to the Cleveland Neighborhood Development Coalition, and immediately following the presentation, I was approached by an attendee seeking assistance on a particular property. After describing the condition of the property, I asked, confused, if it is secure and the grass is cut, etc., how can I assist? Her response, “This is the only vacant property on the block. I need the plywood boards taken off.”
Not long after, a councilmember from one of the epicenters of the foreclosure crisis called looking for the identity of the servicer for a particular vacant property. My response, “Councilman, I have good news. This is a property in our database, though I see it has severe fire damage. We have approval for a complete repair, so you’ll have a brand-new house”. His response: “Absolutely not. I need it torn down. It was the last decent house on the block. You rebuild it and it will be stripped in a week.” Try as we could, there was no deviating from policy—the house was rebuilt and vandalized again.

While the GAO study’s subjects generally have REO metrics focused on financial goals, such as achieving a good return from property sales, the report indicates metrics are not measured or recorded with the larger focus of providing stable and affordable housing in communities across the nation. These metrics and goals are certainly in the interest of every city and community across the United States.

Homeownership goes hand-in-hand with strong, stable communities. One of the metrics detailed in the GAO report is to “expand homeownership opportunities” by measure of “share of sales to owner-occupants.” In fact, owner occupancy versus selling to investors or landlords is a critical component of “strengthening neighborhoods and communities,” as the general sentiment is that owner occupants are preferable to investors.

As illustrated, the lack of consistent property maintenance and disposition policies across the study’s subjects, combined with lack of interaction and collaboration with municipal community development personnel, leads to blight and a decline in property value in many cities.

Breaking down silos to ensure that number-crunching does not overshadow the greater goal of improved housing stock and stable neighborhoods is understood as critical to building sustainable communities. However, just as critical is the need for greater collaboration between all levels of government—federal, state, county, and local. The unfortunate reality is that often there is strife instead of cohesion.

For local governments, the benefits are immeasurable. As discussed in a recent Washington Post op-ed: “Studies suggest that refurbishing abandoned buildings can also reduce violence. One study on blight remediation strategies in Philadelphia between 1999 and 2013 found that fixing up abandoned buildings reduced firearm violence by 39 percent in and around.”  Several other studies reached similar conclusions.

Residents, whether homeowners or tenants, deserve stable housing and communities as part of our rights to life, liberty, and the pursuit of happiness. For us to achieve this lofty goal in every city across the nation, we need to break down barriers and create a united drive to collaborate, be open to real change, and host honest dialogue.
Barack Obama said, “Change doesn’t come from Washington. Change comes to Washington.” With that in mind, these federal entities, banks, servicers, and communities should take their lead from the GAO report and present a united solution to Washington.

Originally published by American City & County on May 10, 2021; reprinted with permission. 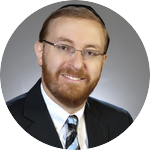 Lead the effort in confronting racial inequality by examining policy

Designing Smarter Communities: A Moment to Pause and Reflect

As the United States rebuilds from the pandemic, we cannot repeat past mistakes and exclude the most marginalized among us

Designing Smarter Communities: A Moment to Pause and Reflect