It’s time for every voice to speak out and be heard. [PM Magazine, August 2020]

I don’t generally write articles, get involved in Facebook postings, or engage in Twitter discussions or debates, but in the past few weeks our country has again come face-to-face with the harsh reality that we have become two countries—one white and one Black.

It’s time for all to speak out and be heard; so, give me your ear for at least eight minutes and 46 seconds and learn why Black lives matter and why white voices are needed.

On a recent Friday evening, Riley, a high school senior, along with others, coordinated a peaceful rally to bring the Black community’s cries, pain, and fears to the forefront for those in the city I work for who wanted to hear and understand them. Some sought to compel and threaten her to stand down, be silent, and ignore what was happening. They did not want this rally in our community—some out of fear that the wrong element might come in and harm our community, and others for whatever reason.

Altogether, several hundred residents from our community peacefully came together to acknowledge the atrocities that systemic racism has caused in our country and within our communities.

While the Black community will continue on this peaceful journey across this nation, we welcome those of you who followed Riley, who basically wanted to be able to answer her future children if asked, “What did you do at this time in history?” I know what Riley went through, standing strong even as people worked against her.

If there are more Rileys in this world who are willing to take the same stand, we could join hands in this peaceful journey to snuff out the racism throughout our institutions. Maybe I can rest easy when my son or grandson drives a car, goes jogging, or gets stopped because of the color of their skin. That will only happen when white silence joins a chorus of voices like many have done before. Your involvement is not only needed, but required to make this country safe for all.

Since the 1950s and 60s, Black Americans have struggled for equal rights and equal treatment under the law. Early in that era, white Americans became incensed when seeing women and children, and yes, Black men, subjected to hostility and violence and debased as if they were cattle. They witnessed the use of high-pressure fire hoses and vicious dogs at non-violent rallies and marches demanding fair treatment for all people, not just as human beings, but as American citizens who equally share in the protections and rights of their fellow white citizens.

White Americans stepped up, helping establish laws providing Blacks a path to the American Dream. The Civil Rights Act of 1964 and the Voting Rights Act of 1965 were watershed moments extending basic civil rights and protections to Black Americans, but nothing more was done to dismantle the systemic racism embedded within our institutions. So yes, some of us could find the path to achieve that American Dream on an economic level, but it matters little what amount of money you can earn if you can’t feel safe walking, jogging, or driving while Black.

We, as Black Americans, have struggled to address systemic racism for far too long. It’s time for well-intentioned white Americans who share and identify in this struggle to help us finish this journey and make America great for all.

I acquainted myself with my own family ancestry through research and DNA technology. The lineage of my third great grandparents—Perry Gayles (b.1799) and Betsey Gayles (b.1807)—began somewhere in the Potomac area. They may have been there since the earliest period when the transatlantic slave trade began, long before there was a United States.

For some unknown reason, in 1828, Perry, Betsey, and their first-born child were sold as a complete family to a new owner in the Mississippi Delta. The family was taken to the Port of Baltimore, placed on an intercoastal ship to New Orleans, and transported to their new owners. I share this story because I learned that even though they had been sold, their original owners kept the family intact. The family they were sold to took it upon themselves to educate the children of Perry and Betsey Gayles, teaching them to read and write, against the backdrop of a rapidly approaching Civil War and the threat of fines and imprisonment for their actions.

After the Civil War, one of Perry Gayles’s sons, G.W. Gayles (b. 1840) was elected to the Mississippi Legislature, and later served as a Mississippi delegate to nominate Benjamin Harrison for president at the 10th Republican National Convention. G.W. Gayles continued his leadership role in Mississippi and helped establish the Black Baptist Church.

The history of my great grandparents and uncle is not the story that I wish to share. Rather, it is the story of the white families who sold and purchased my relatives. That the original owner kept the family intact and the family that acquired them not only kept the family together, but educated their children is remarkable. While setting aside the realities of the world at that time and the horrific act of slavery, there were whites who found a way to show and extend acts of kindness and demonstrate compassion and courage. Again, during the peaceful gatherings and marches in the South during the 1950s and 60s, many white Americans came to our aid and stood side-by-side with Black Americans as we collectively made demands for equal treatment under the law.

Bringing my story closer to home, my father served in the first class of Black Americans who were allowed to join the U.S. Marine Corps in the segregated troops at Montford Point in 1942. He served until 1945, and then again rejoined the Corps in 1948 when Montford Point became Camp Lejeune—this time with the desegregated branch of the Corps. I have other relatives who have joined and served in all branches of the military dating back to the Revolutionary War, as well as the lineage of the white side of my family. My brother retired from the Air Force with more than 20 years of service. While heading to his Pentagon office the morning of September 11, 2001, to clear out his desk, he ran into traffic before his arrival due to the events that took place on that ill-fated morning. So, if there are those who believe that I, or any of my family, are disrespectful of the flag, you are mistaken.

We as Black Americans support this country, what its flag stands for, and what it will continue to represent. I will take a knee for both my white and Black brothers for service to this country, and I will forever see the flag as a symbol to honor our fallen, not just through the prism of those who fight in our wars, but also for those who fight for equal treatment under the law.

What happened with George Floyd’s life could have been my life, or the lives of my son or my six-year-old grandson. But if present day white America remains deaf to the cries of the Black community, the America of tomorrow will be in the same place as we are today. I fear for my children as any parent would. I want white America to fear that plausible reality with me today, and speak up in unison with the Black community and add their voice and sense of outrage. Because if you don’t, what will tomorrow look like? Will our great republic ever fulfill the creed that calls for “…justice for all”?

When a high school student can take up the rallying cry for justice for all, when a slave owner can protect the family they owned as slaves and teach them to read and write in violation of the law, can’t we hear your voice in demanding the change that will only make this country greater than it has ever been?

This is why I stand and kneel for the flag. To honor one and all. To honor what it does and will continue to represent going forward. So yes, Black lives matter, but white voices are needed.

Reprinted with permission from the Maquoketa Sentinel-Press. 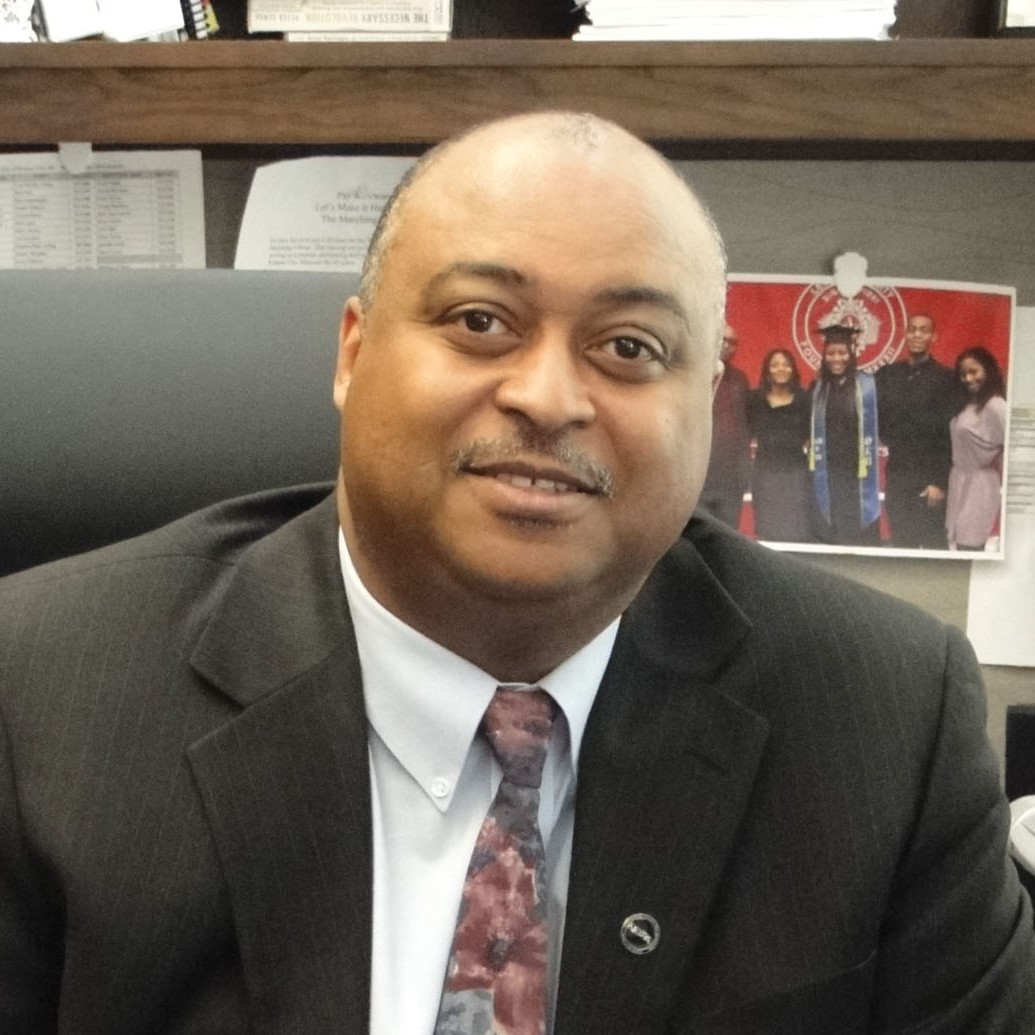