Anti-Racism: The Responsibility of All City and County Managers

Now is the time to make the changes that are long overdue, and to partner in bringing forward creative and progressive solutions.

Is taking action that demonstrates your commitment to the ICMA Code of Ethics important—so important that it should risk you being fired? While the answer for ICMA members is unquestionably “yes,” consider the following:

The unconscionable, inexcusable deaths in the hands of police–to name just a few of the many–George Floyd, Ahmaud Arbery, Breonna Taylor, David McAtee, and Tony McDade, and the behavior of Amy Cooper toward Christian Cooper is evidence, more than ever, that ICMA members and city managers in particular must rectify decades of systemic racism, discrimination, and inequities in communities. Tenet 2 and Tenet 4 of the ICMA Code of Ethics speak to the responsibility of city management to serve responsibly, equitably, and IN the interest of all people. It is the ethical obligation of city management to challenge organizational policies and practices that impede inequalities in our communities and institutionalize anti-racist organizational culture and services at the risk of being fired. In other words, at the risk of doing the job of city management, there is an ethical responsibility for city managers to lead cities on the foundation of an anti-racist platform.

ICMA is founded on the principles of professional local government management and the delivery of government services in an efficient, effective, ethical, equitable, and unbiased manner. The council-manager form of government and professional management of local government is founded on the principle of providing public service without the influences of political or personal favoritism. The ICMA Declaration of Ideals states that ICMA “works to maintain and enhance public trust and confidence in local government, to achieve equity and social justice….” There is no better time than now to uphold the objectives of ICMA.

Beginning in the 2000s, voters in the United States became increasingly partisan and divided. Fueled by social media as a medium for expression, the immediacy of news, and political campaigns, compromise and civility have been difficult to achieve, especially as societal issues become more complex and visible. In particular, and regardless of one’s political persuasion, the past three years have encompassed the highest levels of confrontation on social issues of race, wealth, healthcare, and policing, culminating in the convergence of a pandemic, economic downturn, and civil unrest. So, why is there a need to act now; what’s different? The convergence of these three factors demonstrates that current practices and policies must be re-evaluated. Personal and societal values and principles must be re-established, and city management must take action to re-evaluate practices and policies.

Since ICMA’s founding and adoption of both its Declaration of Ideals and Code of Ethics, city management has had the responsibility to fairly and equitably uphold the public trust and administer the use of public funds. However, never has the inequity and systemic racism been more apparent, clearly understood, and acknowledged by individuals and leadership throughout the United States and around the world. It is not the time to continue “business as usual.” Rather, in light of the real and prominent issues facing people of color, it is time and our obligation to rebuild and reconstruct our organizations and municipal government to enact positive change.

Recognizing our country’s history with slavery, systemic racism is not new in America. With the Black Lives Matter movement, our society may just now be realizing and “waking up” to the realities of institutional racism. So, while we understand the inequalities and injustices experienced by the Black community and people of color, now it is timely to take the next step of action—action consistent with ICMA ideals and Code of Ethics.

What Are the Issues to Address?

It has been repeatedly stated that systemic racism must be changed, but what does this mean for city management and their communities? Simply hiring for diversity is not the answer.

The issues to address in city management have a foundation in advocating for “local control.” To address systemic racism and injustice, local control cannot position cities to exclude ethnic, racial, gender, and income diversity in any aspect of a community. Local control cannot preclude cities from serving as inclusive, accessible, and safe environments for all populations in business, housing, and recreation, among other inherently basic rights. Cities need to lead by example and serve as the catalyst for anti-racism by removing stigmas, providing equal opportunities, and building community relations.

For example, in California, state legislators have tried multiple ways of prescribing where cities should provide housing for people with the low and moderate income and how much affordable housing should be provided. Such actions are repeatedly rebuked for usurping local control. Affordable housing, however, is an integral means of achieving diversity, inclusion, equity, and fairness in a community, as it provides institutional accessibility to community resources that may not be available to individuals and communities with less privilege. Moreover, such housing may provide accommodations for lower-paying jobs of city workers who serve the city.

There are several other areas where cities have the opportunity to make institutional changes to promote diversity, rectify injustices, and promote anti-racism. The following are 10 areas to consider focusing on (in no particular order):

It is not typical for city management to take an outspoken or assertive role in challenging policies and practices, especially if they represent the norms and values established and upheld by the governing body. However, not standing up to directly address unfair, unjust, and inequitable institutional practices can actually be a violation of the ICMA Code of Ethics. Regardless, remaining neutral or silent instead of righting inequities ignores the ICMA Declaration of Ideals.

Action is the professional responsibility of city management. Along with the responsibility for managing personnel, budget, municipal operations, organizational practices and procedures, service delivery, implementation of policy, and providing advice and recommendations to elected officials, there is a clear responsibility and path for implementing necessary reforms. Tool kits and resource documents from sources in the United States and Europe exist—there is no need to “recreate the wheel.” However, there needs to be active effort at looking to these other cities as models in developing strategies and planning for meaningful, successful change.

The culmination of current events reveals the need to consult with un- or under-represented populations and those institutionally disadvantaged so that cities can evaluate where change is necessary; develop goals, ideals, and action steps for change; and assertively bring them forward to elected leaders. Now is the time to “think globally and act locally” for improving our institutions of government. Now is the time to make the changes that are long overdue, and to partner in bringing forward creative and progressive solutions. There is plenty to do, and now is a good time to start.

1. Coincidently, upon its founding in 1914, ICMA was not an inclusive organization. However, mindful of the ideals it serves to achieve, and much like our communities must now act, ICMA evolved to be a more inclusive organization with name changes in both 1969 and 1991, by establishing three regional vice president positions in 2011, and instituting a regional structure. The expansion of regional vice presidents was to accomplish representational diversity in leadership. In the early 2000s, it was recognized that city managers were typically white males. As such, a third new vice president position was established providing that one of the three would be filled by an assistant who was predominately a person of color and/or female.

3. Examples of toolkits for addressing racism in municipal government can be found at:

European Coalition of Cities Against Racism: The ECCAR Toolkit for Equality 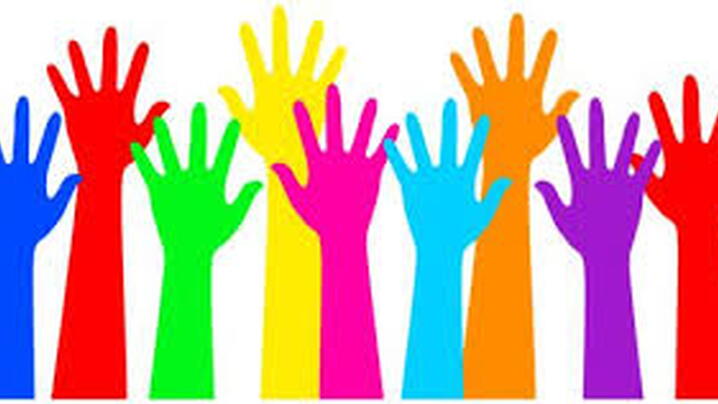 Courageous Conversations: Experiences, challenges, and triumphs from LGBTQIA+ local government leaders to give you some helpful tips on how you can build a more inclusive community.

If Only They Knew Me: Healing Macro Systems Through Micro Relationships

ICMA Equity Summit closing keynote speaker outlines the power of story and how it can facilitate healing relationships during the most divisive of times.

Access to 911 is still lacking for those who are deaf