In NIFLA v. Becerra, the Supreme Court tackles the question of whether local governments can continue to treat commercial speech less favorably than other speech.

In Reed v. Town of Gilbert, Arizona (2015), the Supreme Court held that strict, usually fatal, scrutiny applies to content-based regulations of speech. One of the questions in NIFLA v. Becerra is whether the Court means for Reed to apply to nearly every law regulating content-based speech. The State and Local Legal Center (SLLC) filed an amicus brief arguing that the case should not be read that broadly.

California law requires that licensed pregnancy-related clinics distribute a notice stating that publically-funded family planning services, including contraception and abortion, are available. It also requires unlicensed pregnancy-related clinics to distribute a notice that they are unlicensed. The National Institute of Family and Life Advocates (NIFLA) operates 111 pregnancy centers in California. None offer abortions or abortion referrals; only 73 are licensed.

The SLLC amicus brief doesn’t take a position on whether the disclosure laws at issue in this case violate the First Amendment. Instead, it points out that for decades the Supreme Court has not applied strict scrutiny to laws regulating commercial speech and sexually oriented businesses even though such laws regulate speech based on their content. The Supreme Court, for example, has upheld a zoning ordinance prohibiting adult movie theatres (versus other movie theatres) near residential areas, churches, parks, and schools. The Court didn’t apply strict scrutiny in that case.

The brief argues that Reed “did not mention, let alone overrule, any of this Court’s precedents that applied [lower] scrutiny to laws that differentiated by certain subjects or topics. This Court should not construe Reed as having silently done so, nor explicitly do so here.”

Finally, the brief points out that local governments require numerous notice and disclosure requirements (e.g., restaurants must post signs explaining how to provide first aid to choking patrons), which under NILFA’s interpretation of Reed would be subject to strict scrutiny. Such an often innocuous ordinance might no longer be constitutional. 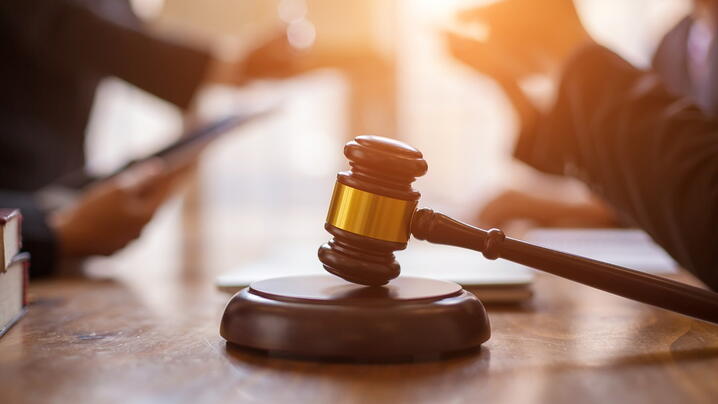