From Hurricane Ian to wildfires and the floods and tornadoes in Kentucky, this has been a tough year for disasters.  While the headlines concentrate on the immediate search and rescue efforts, the critical leadership work for city and county managers is to address the recovery challenges.

Even in the first 24-48 hours of the response to California’s 2017 Santa Rosa Tubbs fire, then city manager Sean McGlynn asked his leadership team, “What gets us to recovery?”  The consensus was that debris removal was a top priority because recovery cannot begin without it.

Since 3,000 homes were lost and most of them were part of a planned development, owners had little to no experience building a home.  There were not enough staff to meet the need, so the city manager designated existing staff to take on recovery tasks, supplemented with outside consultants.

The city council passed urgency ordinances to allow expedited review for hillside development and designs and to waive fees for discretionary planning, demolition, and temporary housing permits.  These ordinances allowed residents to live in temporary housing like RVs or tiny homes on their property while rebuilding and provided an incentive to construct new detached accessory dwelling units.

Planning and economic development staff met with developer groups and the business community to streamline the permitting process.  The Santa Rosa recover website made it easy for fire survivors to find resource documents, including landscape design, setbacks, and zoning requirements.

Wildfires, hurricanes, and flooding have become more widespread in Texas in recent years.  In Balstrop County alone, the number of natural disasters increased by 171 percent over the past four decades, according to the Federal Emergency Management Agency (FEMA). The Bastrop Chamber of Commerce created the Business Recovery Center in October 2015 to provide direct relief to local businesses after destructive wildfires and flooding that year. It transformed into a nonprofit that could receive and raise funds for residents and businesses alike and eventually broadened its role to become the Bastrop County Long Term Recovery Team (BCLTRT). This organization now partners with Community Organizations Active in Disasters (COAD) that includes members from the nonprofit, public, private, governmental, faith-based, and community-based sectors.

In addition to taking on the responsibilities of the recovery center, the BCLTRT mission focuses on low-income, uninsured, or underinsured individuals and families recovering from natural or manmade disasters. Affected individuals and families work closely with a case manager to address their unmet needs. The Bastrop County leadership recognizes that the best defense against disasters is preparedness and the willingness to work together as a team.

The neighborhood of Bee Branch in Dubuque, Iowa, had six Presidential Declarations due to flooding between 1999 and 2011 with estimated damages of $70 million. In this area, 69 percent of the population earns less than 80 percent of the median income. In 1999, the storm event was complicated by a simultaneous tornado warning. As people huddled below ground, their basements began to fill with water.

City engineers first developed a plan to address the recurrent flooding, but residents pushed back.  City manager Mike Van Milligan recounts it, Bee Branch residents wanted the city to do this with them, not for them.  That led the city to create a 40-member resident task force to develop funding options and engage in a community conversation.

With public support, the city developed a comprehensive, multi-phased plan with a fiscally responsible investment to mitigate flooding, improve water quality, stimulate investment, and enhance quality of life. The task force recommended the acquisition of 100 homes; eminent domain was not required for any of the properties.  As of 2022, five phases have been completed, three phases are in process, and four phases are scheduled for the future.

The backbone of the project focused on restoration.  The Bee Branch creek was reopened, and the flood plain was restored.  The city was able to create a linear park with extensive recreational and educational activities.  The project included extensive environmental design elements to support ecodiversity and clean water.  The effectiveness of the improvements were tested in 2017 when 4.9 inches of rain fell in less than 24 hours.  Property damage was minimal; a similar 2002 storm caused $11.6 million in damage.

The restoration project cost $90 million and was funded by general obligation bonds, state revolving loan funds, $64 million in grants, and various other government and private resources.

According to the National Weather Service, the Moore, Oklahoma, area experienced 175 tornadoes from 1893 to 2021, including an F5 tornado in 2013 that killed 24 people, injured 212 others, and caused $2 billion in damage, including 2,400 homes, 90 businesses, two schools, a regional hospital, and extensive public infrastructure.

To address the continuing risk posed by tornadoes, Moore became the first city in the United States to adopt a tornado-specific building code. The city also purchased land in 2015 and developed a master plan to replace a 173-unit mobile-home community that had been destroyed with a mixed-use community.  The project includes 244 rental units, of which 219 are affordable. With support from Community Development Block Grant-Disaster Recovery funds, the first two buildings opened in early 2022; the third building is pre-leased and is expected to open in 2022.

For the past two years, investing in disaster preparedness and management has been at the top of the agenda for Tennessee economic developers.

After the Cedar River flooded in 2008, cresting at 30 feet, it flooded 5,900 properties and damaged 310 city facilities.  The long-term fiscal impact of the disaster left more than 700 businesses with flood recovery needs totaling $1.5 billion; 18,000 residents were displaced. In addition to its 20-year capital plan for a flood control system, the city of Cedar Rapids bought and destroyed 1,400 flood-prone homes, required new buildings to be guilt above the flood plain, raised all sewers, built a levee around the sewage treatment plant, and moved the central library and firehouse to higher ground.

Businesses that had been destroyed in the flood plain agreed to relocate. Residents had an incentive to move to higher ground when the city offered to purchase their homes at 110 percent of the pre-flood assessed value.  Federal and state government support was essential to funding the recovery costs.

The community's shared vision for building stronger led to decisive policy action by elected officials and quick implementation by city staff. The steps taken since 2008 enabled the city to withstand its second-worst flood event in 2016 with virtually no property damage.

The recovery and mitigation efforts in Cedar Rapids demonstrate the critical value of disaster recovery plans.  Through the strategic planning process, the region was able to address stakeholder concerns and engage them in long-term recovery efforts. Consistent messaging has been essential to remind residents of the urgency to maintain their commitment to a long-term plan.

After a 2014 chemical spill into the Elk River left nine of West Virginia’s counties without clean water for days or weeks, the Charleston area took steps to improve the region’s image and its governmental practices. In the aftermath of the public health and economic disaster, the state proposed stricter regulations for larger businesses. A business continuity planning council helped encourage small businesses to prioritize business continuity plans. The council brought in local experts to speak on safety and recovery.

The region began to post the results of water testing as well as the findings of the Centers for Disease Control. Financial support to businesses, including funds from the U.S. Department of Labor and FEMA’s public assistance aid, aided in the recovery. The disaster exposed the need for more economic diversity in the region and for the government to reform and rebuild trust.

Recovery work that focuses on the long term is difficult, and it deserves a higher priority and more investment than it often receives. Finding the resources can be difficult, but there are federal, state and philanthropic sources to tap. Done right, communities can emerge stronger and better able to withstand future disasters.

Long Term Disaster Recovery: Getting the Staff You Need to Succeed

Attending but unprepared for ICMA conference? Listen to a quick preview from the planning co-chairs plus ICMA's own local Ohio-expert, now or even on your way to Columbus! 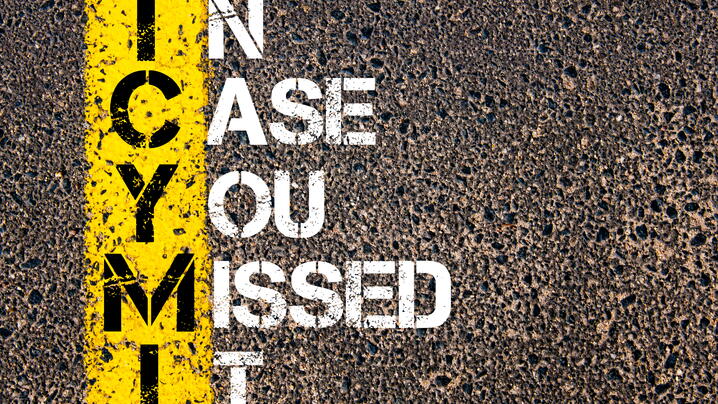