How St. Petersburg, FL Uses the SeeClickFix Tool to Engage Citizens During Times of Disruption, Crisis

St. Petersburg has been a partner with SeeClickFix for over two years, and we have found great success with this tool for citizen engagement.  From potholes to broken sidewalks and reports of graffiti, our citizens submit issue reports directly to city staff by way of both a website and a St Pete-specific mobile app.  These issues are acknowledged and assigned to the responsible city departments, who then resolve the reported requests and close the issues, notifying the citizen users that the work has been done.  SeeClickFix is a tool that can be used 24/7 for normal, everyday, expected municipal issues that every city experiences, but it lends itself extremely well as an asset when unexpected, ‘disruptive’ events emerge.

As a coastal community with many low-lying areas, the issue of rain-related flooding is an ongoing problem in the City of St Petersburg, and our Stormwater Department (a division of Public Works) is tasked with managing these flooding issues. Based on historical information about citizen complaints/requests, we knew when we set up our SeeClickFix service request types back in June of 2014 that we would need one category specific to this topic, so the ‘Stormwater Issue/Flooding’ title was created as one of our original categories.

Most of the issue reports submitted under that category come after a significant rain event – in the summer in Florida, that could be a daily occurrence, as we tend to get a lot of late-in-the-day, pop-up thunder storms almost every afternoon/evening, and they can be truly disruptive.  There are some parts of town that are just prone to flooding, and the residents who live in those neighborhoods generally know how to deal with the occasional standing water after a big storm.  Other areas may experience street flooding as a result of clogged storm drains (aka catch basins), and since that type of flooding is not typical, the Stormwater Department will send staff and equipment to clear those clogs and restore proper drainage.  The Stormwater Department is also tasked with making repairs to any of the stormwater equipment, for example if a vehicle drives over a catch basin lid and damages it, they are sent out to install a new lid.  They also operate all the City’s street sweeping equipment, because any of the leaves, grass, litter, or other debris that might wash into the stormwater system could potentially clog those catch basins and impede normal drainage.

Another side effect of summer rains is standing water in areas where it shouldn’t collect and linger – this topic is of particular concern for our citizens because of the rapid proliferation of mosquitoes, especially now with all the media coverage of mosquito-borne illnesses like the Zika virus.  While our Pinellas County colleagues handle mosquito control requests that are submitted within the city limits of St Pete, it is up to us to try to eliminate the source of the problem, and when that source is standing water in public areas like roadways, alleys, empty lots, etc, then our City staff will respond as needed.

Finally, the weather events that tend to wreak the most havoc, disruption, and crisis in terms of stormwater backups and street flooding are the tropical weather systems that pass our way from either the Atlantic side or the Gulf side of our state, specifically hurricanes and tropical storms.  June 1st to November 30th is the official Atlantic hurricane season, and fortunately we’ve been spared the devastating effects of a really big storm for several years.  We prepare as best we can, working with our City emergency management staff and their County counterparts, however we anticipate that when the time comes to deal with a serious tropical event, our SeeClickFix application will be a valuable tool for our emergency response efforts.

We had a close call during the summer of 2015 when we used the SeeClickFix ‘City Notices’ feature to distribute pre-storm information to all our users.  In early June of this year we had a brush with Tropical Storm Colin which brought record rainfall and abnormally high tides to St Pete and other neighboring coastal communities.  Unfortunately for us, that event significantly stressed our stormwater and wastewater (sewer) infrastructure.  It was a mess, literally and figuratively, but as a result we are currently moving forward with plans to finance a major, long-term overhaul of, and short-term improvements to, our stormwater and wastewater systems.

During Hurricane Hermine (late Aug-early Sept this year), we created and activated a new SeeClickFix service request type called ‘Storm-Related Requests’ – our plan was to notify users that we would be temporarily deactivating certain request types, like graffiti or codes complaints (just for the duration of the storm) while also activating ‘Storm-Related Requests’ so that any users with functioning SeeClickFix access would be able to report things like flooded streets, fallen trees, downed power lines, etc.  City call center staff worked inside the St Pete Emergency Operations Center (EOC) and used SeeClickFix to gather valuable user-submitted info, which could then be passed immediately to the Emergency Response teams being coordinated from the same operations center.

We once again activated our SeeClickFix storm response plans with Hurricane Matthew (late Sept-early Oct), which fortunately did not impact the St Pete/Tampa Bay area.  Preparation for events such as these is paramount, and we know that SeeClickFix will be a huge help before, during, and after a big storm.

If there are any specific details that you would like to discuss regarding our citizen engagement via the SeeClickFix application, please feel free to contact David Flintom at David.Flintom@stpete.org.

To assist leaders during times of disruptive change, ICMA has launched ICMA.org/DISRUPTIVECHANGE: an area with centralized resources that focus on planning and preparing for disruptive challenges. Here we explore successful strategies to keep residents safe, improve community relations, and build upon or expand your leadership skills. 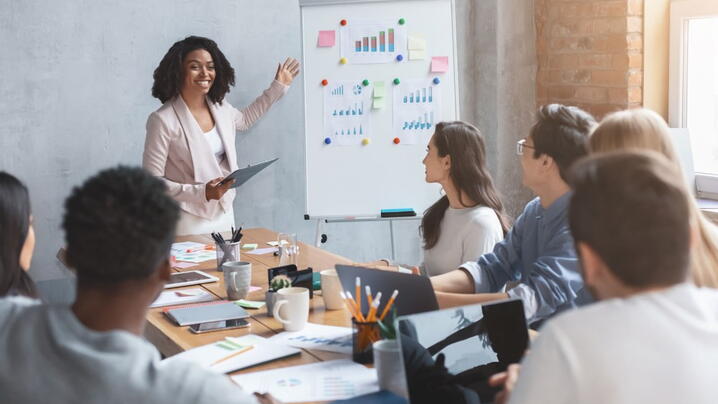 ASSISTANTS AND DEPUTIES: How Do You Know When You’re Ready to Be an ACAO?

I’ve learned that it’s not about knowing when you’re ready, it’s about being prepared when the opportunity presents itself.