PEOPLE FIRST: Characters Are My People

How my childhood prepared me for a career in local government

Late one evening, I was sitting around a table of veteran city managers at a summer conference in Oklahoma and the subject of “growing up poor” surfaced. I sat and listened to some of the stories of my fellow city managers growing up in rural and urban settings with modest means. After listening for a while, I brought up my story about growing up in the Ozarks during the 1960s and ’70s and the challenges my parents faced raising five boys.

One of the city managers challenged me to a “who grew up the poorest” game and started rattling off some of the conditions he grew up in as the son of a poor preacher in rural Arkansas. We traded jabs about our living conditions back and forth until I mentioned the fact that my family lived for a while in a home with no indoor plumbing. We had used an outhouse and took baths in a horse trough in the kitchen. He looked at me with a sheepish grin and said, “Okay, Tim, you win.”

We then moved on to stories about the casts of interesting characters in our small towns and how difficult it must have been for our parents to raise children in abject poverty conditions. My brothers and I stopped counting how many times we moved (we estimated 12 to 15) from one town to the other during our school years. This made it very difficult for us to establish roots and make long-term friendships. However, moving frequently taught us resilience and how to adapt quickly to a new environment.

Next month will mark the twentieth year of my career in local government. My career path was far from typical in our sphere as city managers. In the summer before my senior year in high school, I worked for the town of Mountainburg, Arkansas, through the Comprehensive Employment and Training Act (CETA) program. The program offered work to those with low incomes and the long-term unemployed, as well as summer jobs to low-income high school students. My job that summer was primarily clearing out bar ditches around town, picking up garbage along the highway, painting faded park benches and tables, and other such tasks. Was it a job that taught me a lot of skills? No. However, it taught me how valuable my public service was to my community.

I was the first person on my father’s side of the family to graduate high school and attend college. While in college I participated in the work study program at the university’s bookstore and eventually successfully ran for vice president of our Student Government Association. After graduating from college, I bounced from job to job for a few years and eventually enlisted in the U.S. Air Force and served six years in the Oklahoma Air National Guard.

After working in the private sector for several years, I still had a burning desire to do something more fulfilling. I called my uncle in Texas who was a city manager in the Dallas area at the time to talk about serving in local government. He advised and encouraged me to get my MPA and jump into the arena of municipal management. After completing my MPA from the University of Oklahoma, I got my first gig as an assistant city manager position in a suburb of Oklahoma City, and nearly 20 years later, I am managing my second beautiful city in northern California.

Statistically, I realize that my story is not the norm in our country. I believe that the key to my advancement in municipal management is in direct correlation to my level of education. A 2015 study by the Urban Institute, “Child Poverty and Adult Success,” revealed that, “compared with children in the most advantaged neighborhoods, children in the most disadvantaged neighborhoods are 28 percent less likely to complete high school and a staggering 99 percent less likely to complete a four-year college degree. This result is consistent with research that finds students from neighborhoods with lower incomes and educational attainment are less likely to earn bachelor’s degrees…which could result from weaker college preparation and/or fewer resources to complete college.”1

I often joke that when I attend ICMA Annual Conferences, I rarely see any city manager name badges with the last name of Rockefeller, Vanderbilt, or Bezos. Most city managers that I have made connections with come from lower- to middle-class families that worked their way through college for a career in public service. I think too often our society gauges success stories from those who rise from poverty based on their achievements in business and the size of their portfolios. Not taking anything away from those who achieve private sector success, I just believe that measurement should also be based upon their service and commitment to their communities, states, and our nation.

I love that our profession has a diverse group of individuals with the common goal of making our cities a better place to live and work. My experiences as a child growing up in poverty gave me some skill sets that proved to be very valuable. Early in my career as an assistant city manager, I was given the task of managing a community development block grant (CDBG) for a sewer line replacement in one of our lower-income neighborhoods. Part of my duties as the grants coordinator was conducting a door-to-door income survey in the neighborhood in order to qualify for the grant. I came to work one day in jeans, and when I told one of my coworkers that I was heading out to conduct the income survey, she told me to be careful because there are some “real characters” in that neighborhood. I smiled and replied, “I’m not scared of characters. Characters are my people.” 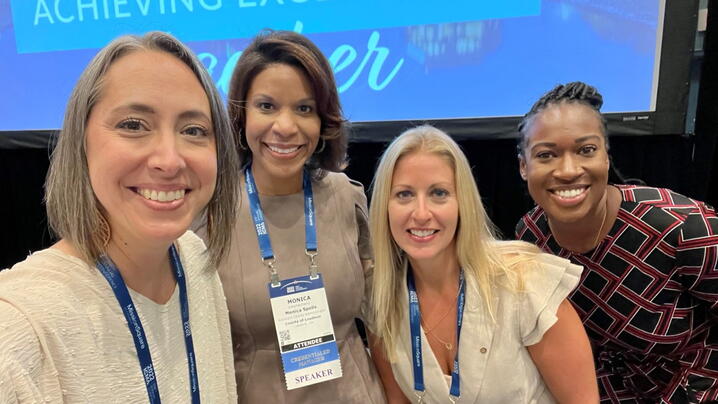