Have you ever had an experience while driving your car when someone drives up next to you and gets your attention, yelling that your brake lights are out? You thank them and wonder how long they’ve been out, since that’s something you don’t look at too often.

You could have been in a serious car crash if someone behind you wasn’t paying attention. You’ve had your kids in the car at night and are sure glad that nothing happened, and now that you know, can get the lights fixed.

You are relieved nothing happened and are grateful that you can reduce the risk of being in a crash by fixing something that you didn’t realize wasn’t working correctly. The same type of situation applies to local government management when it comes to accounting matters.

As a former manager, here are numbers I would have never wanted to be associated with: $562,089, $78,650, $1,113,589, and $53.7 million. These numbers represent just four examples of the hundreds of known embezzlement losses for local governments, all from organizations with professional staff, long-time employees, and regular audits.

In 2017, an employee with the city of Kingman, Arizona (29,472 population), pleaded guilty to embezzling $1,113,589. The 60-year old employee stole from her employer for more than eight years and used the city’s credit card to pay for her personal expenses, including paying off numerous cash advances at various casinos.

In 2018, a 51-year old employee with the city of Rancho Mirage, California (18,306 population), pleaded guilty to embezzling $78,650 from her employer over a three-year period of time. In her position as a code compliance manager, she conspired with her sister-in-law, whose company allegedly performed nuisance abatement cleanup, and then approved the invoices for work that wasn’t done, including draining nuisance pools that might endanger children at houses that didn’t even have pools.

In Garwin, Iowa, its clerk allegedly embezzled $562,089 between 1998 and 2014 by paying herself extra using payroll and paying personal credit cards with city money, among other things.

There are hundreds of other cases and the largest one currently known is the city of Dixon, Illinois (15,202 population), when its treasurer embezzled $53.7 million over 20 years.

No manager wants to be associated with an embezzlement of any size or other serious employee misconduct issue because these types of incidents—especially if they have been going on for many years—are the ones that not only can crush employee morale and damage finances but also ruin a local government’s reputation.

Before working on my Ph.D. in local government internal controls, I was a city and county manager who strived every day to do a great job for the employees of the organization, the elected officials, and the residents of the community.

I didn’t know about employee reporting hotlines at the time and while publicly traded companies use them all the time now, perhaps some local government managers have not been introduced to their value.

About an annual internal control and fraud risk assessment, I remember thinking: Who needs this and why bother because it’s all good at my organization. At the time, I really didn’t think much about internal controls. I also thought: Our organization must be fine because we’ve never discovered anything, we have an annual audit, finance staff are top-notch, and I have other things to worry about.

I didn’t realize it at the time but that mindset, while human and understandable, probably put me and my organization at significant risk.

Put yourself in the shoes of any manager who might have had to deal with an embezzlement or other serious misconduct incident. First of all, I feel for them! One of the local government’s own employees—someone trusted within the organization, who maybe worked there for a decade or more—stole from it.

There are hundreds of reasons how it can happen, but without a critical look at internal controls, you might unintentionally be placing your organization at increased risk for employee misconduct.

After examining hundreds of local government embezzlement cases over the past few years, I’m amazed at how they occur in organizations of all sizes. No organization is immune.

Employees in just about every department committed them, and employees’ ages ranged from the 20s to 70s. Many of the thefts happened over a period of several years and sometimes decades.

It is human nature to believe everything must be okay if nothing has ever been discovered. Here are three ways to protect your organization from employee misconduct, including embezzlement:

Here are some sobering statistics: According to ACFE’s 2018 Report to the Nations, the median embezzlement loss was $130,000 (per incident). Not using proactive data monitoring, not using hotlines, not conducting fraud risk assessments, and not educating employees on fraud prevention and detection were some of the internal control weaknesses identified as being responsible for almost half of all fraud cases.

The longer the fraud scheme goes on, the greater the loss. Payroll fraud cases average 30 months before their discovery. Check-tampering schemes, expense reimbursement schemes, billing schemes, and theft of cash lasted an average of 24 months. (View the AFCE report here.)

The Time to Act Is Now

The truth is that the risk is real, and no local government is immune to falling victim to serious employee misconduct, including embezzlement. Take a moment to evaluate your organization’s internal controls and whether leading practice policies and procedures are being used to prevent, deter, and detect workplace misconduct throughout the entire organization.

When that proverbial car slams into you, it might not sit well with elected officials that you didn’t know your brake lights were out. Maybe luck has been on everyone’s side, but luck only takes us so far. If you want a list of some of the hundreds of recent local government embezzlement cases, don’t hesitate to contact me. 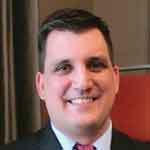 ETHICS MATTER! It Is Election Season…Again?

Exercise your right to participate in the democratic process while observing a politically neutral stance [PM Magazine, July 2020]

Ethics in Local Government: COVID-19 and its Aftermath

From the 2020 VLGMA Virtual Summer Conference.

This is the revised ICMA Code of Ethics as of June 2020.