This untapped pool of highly skilled professionals may be the answer to the boomer retirement wave.
[PM Magazine, April 2019]

By Scott Trainor and Darrin Tangeman

I (Scott Trainor) have a confession that my co-author has graciously allowed me to share:

About 15 years ago, I learned that a retired Army major had been hired to serve as town administrator in a neighboring community.

“What skills and experiences could this Army guy have that could possibly translate into local government service?” I asked myself, my thoughts barreling along, in effect building a case against this hire. “He doesn’t have an advanced degree in public administration nor does he have ICMA management credentials.”

Turned out I was wrong – embarrassingly so. Anyone who has worked with military veterans can see why I am somewhat ashamed to share this story all these years later.

That misguided attitude revealed my utter lack of experience working with military professionals which blinded me to the vast and untapped talent that vets can bring to local governance.

And as the current exodus of highly-skilled professionals from the workforce ramps up, we believe this moment could not be more urgent.

Consider this 2017 estimate from a senate report on aging. Over the next decade, some 40 million baby boomers will retire.

Put another way, over 31% of 128 million workers will vanish. Those of us in local government who already face a highly competitive labor market.

Interestingly, the above-stated trend we face matches the dynamic lifecycle of military professionals in which 250,000 military retirees transition to the private sector annually. They are mostly young, early to mid 40s, with tremendous experience, leadership, and talent in search of a second career.

Experts describe the US military as the world’s greatest and most elite leadership school.

We agree. Many career military staff have been tested in austere, culturally sensitive conflict zones – think Afghanistan and Iraq. They have led platoons of 20, 40 or over 100 troops, a “management” job that demands split-second decision-making skills that have life or death implications.

And contrary to popular memes, post-9/11 veterans have developed strong conflict management and soft skills through diplomatic and key leader engagements in the United States and overseas.

Not only are these skills directly translatable to local government service, but perhaps more importantly, offer diverse perspectives for policy and problem solving. 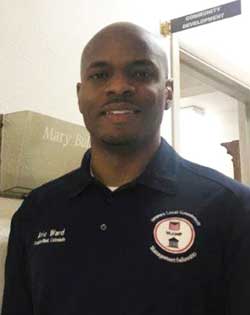 Meet Aric Ward, a senior non-commissioned officer and one our best hires. After completing a local governance fellowship for vets, he became a top manager for our Human Resources department. With 20 years of HR expertise at the DOD, Ward’s military career matched our needs perfectly. To date, Aric has performed beyond expectations, continuing to build his own core competencies. He has established himself as a reliable colleague with a sterling reputation among his colleagues.

Aric performed beyond expectations and was an incredible fit for the organization. He still serves in the position and continues to build upon his incredible competence and positive reputation with the employees.

That said, Aric is the exception, not the rule.

We have witnessed the widespread, blatant discrimination against job hunting vets ever since we founded the Veterans Local Government Management Fellowship (VLGMF) program in 2016,

The argument not to hire a vet goes something like this: they tend towards autocratic leadership styles, they possess no soft skills, and the notion that military experience is not professionally relevant to local government management.

We have heard hiring officials openly tell others that they won’t hire veterans because of past introductions to veterans. These comments break laws against age, gender and ethnic discrimination, but there are those hiring managers who believe the law doesn’t apply to veterans (More info on this here).

Along with coaching veterans to market their rare and valuable skills to potential employers, we discovered a workaround to combat these entrenched myths that unfairly exclude vets from far too many jobs.

The program also allows local governments to evaluate each Fellow to determine if he or she might be a good fit for future job openings within the organization.

Another way to get past systemic stereotyping is to encourage vets to apply to ICMA fellowships, which provide local governments myriad opportunities to recruit, train, and potentially employ these veterans, strengthening our teams who are critical to public service.

Thinking back some 15 years ago, I never could have predicted I’d not only hire a vet like Aric, but how he would deepen my understanding of exemplary leadership, top notch organizational behavior and results-driven strategic planning.

There is no doubt that the US military is among very few organizations that consistently produce some of the best professionals on offer.

We urge you to tap into this pool of unmatched talent. 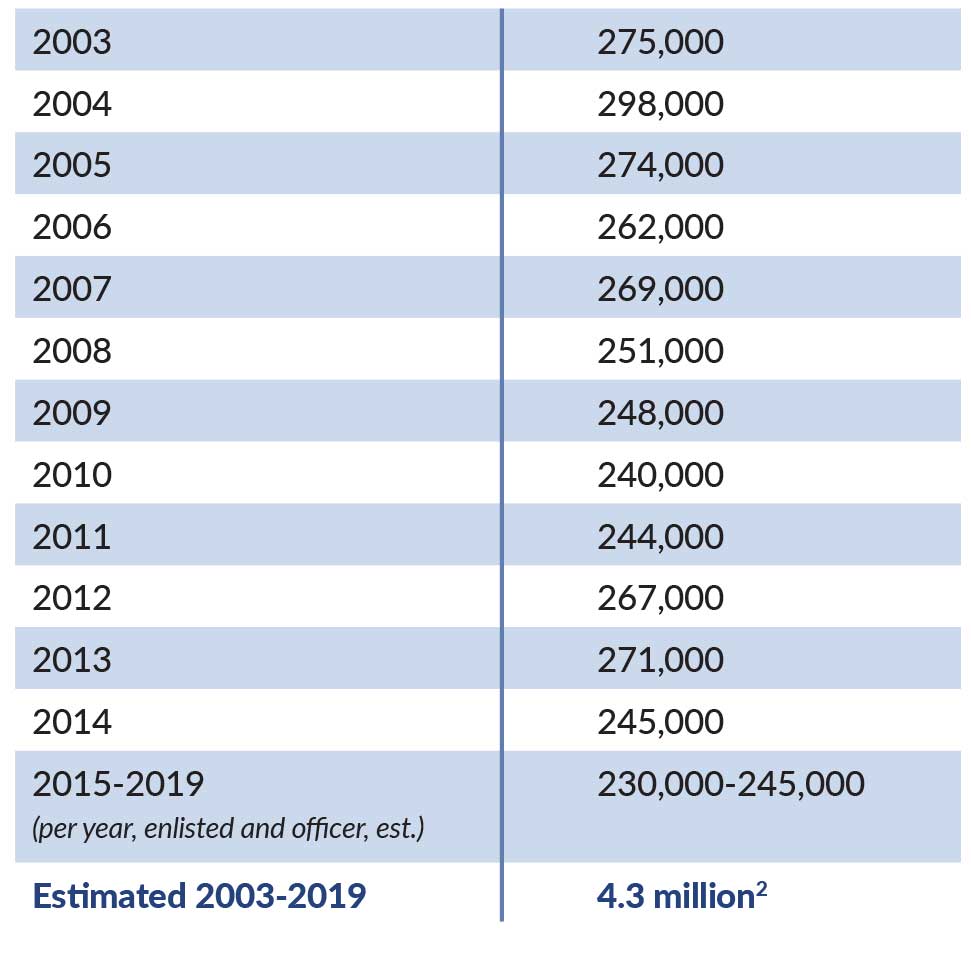 1 The numbers from 2003-2014 represent enlisted service members only, and are calculated from the Defense Department’s annual Demographics Reports. US Department of Defense. (2003-2014). Demographics Reports. Retrieved from http://www.militaryonesource.mil/footer?content_id=279104. I have included Active Duty Enlisted Members separations and retirements, and Enlisted Members Losses from Army National Guard and Reserve, Navy Reserve, Marine Corps Reserve, Air Force National Guard and Reserve who transferred to civilian life or to the Individual Ready Reserves or Standby Reserves. The projected numbers through 2019 represent do not differentiate between enlisted service members and officers. US Government Accountability Office. (2014). Transitioning Veterans: Improved Oversight Needed to Enhance Implementation of Transition Assistance Program [GAO-14-144]. Retrieved from http://www.gao.gov/assets/670/661361.pdf

2 This estimate is higher than the VA’s estimated 1.9 million OEF/OIF/OND veterans because the military’s separations and losses data do not distinguish between service members based on their period of service or the character of their discharge.

UNITE Continues the Conversation on November 13

What’s next for our communities? Continue the conversation on November 13 with a new UNITE event offering.

A Regional Approach and Commitment to Equity and Inclusion

Why a memorandum of understanding for collaboration addresses an extraordinarily complex set of problems.

Racial Equity in Action: How to Get Started

WOMEN IN LEADERSHIP: Helping Other Women Along the Way