By ensuring the integrity of our elections, you make certain that all voices can be heard.

In advance of the November elections in the United States, misinformation and disinformation threatened to disrupt voting as citizens expressed concerns for their own safety and whether their votes would be handled properly. It is a tribute to the dedication of our county, city, and town leaders and their staffs that voter turnout remained strong. At every step, from voter registration to election reporting, the reassuring hand of local leaders managed the process, as it does with every election—safely, effectively, and efficiently.

Much of this challenging and rigorous work goes unrecognized by the community like so many of the services provided by local government. Yet without it, the most essential element of a well-functioning democracy could not be exercised. Here we’ve captured just a few ways the role of local leaders has continued to broaden over the past several years:

Residents received a steady stream of communication right up to election day explaining where, when, and how to vote. Some jurisdictions highlighted potential pitfalls in completing mail-in and absentee ballots to ensure that every vote would be counted. Additional communications regarding how to report voting irregularities also went out with guidance from federal election officials.

Public health has become an important priority as local governments have been challenged by the pandemic. The health of poll workers, as well as voters, became of paramount importance. In some polling locations where infection rates are still high, the logistics of social distancing, providing masks and hand sanitizer, and disinfecting equipment continued to be important more than two years after the start of the pandemic.

Cybersecurity has become in recent years another threat that requires new procedures, training, testing, and constant vigilance. Local governments have been initiating additional cybersecurity checks on voting machines after 20 states reporting hacking attempts. Many communities reverted to paper ballots in the wake of reported security breaches.

Local governments have funded training for poll workers in handling emergency situations, including active shooter training and de-escalation techniques as much to protect themselves as the voting public.

Local governments worked tirelessly to improve the voting experience even in the face of the pandemic. To decrease voting wait times, they focused on recruiting additional poll workers, employing many creative solutions. They asked local government staff to make themselves available on election day to support their fellow employees, offering paid time off. They partnered with the private and nonprofit sectors to more expansively promote the need for election workers. In addition, they have spent funds to promote early voting and to clearly communicate voting hours with an emphasis on off-peak times to keep crowds on Election Day as low as possible. A number of jurisdictions offered free bus and bike share passes on November 8.

These are just a few examples of how local governments strive to meet the increasing number of tasks required to provide secure and accurate elections. This issue of PM focuses on elevating community participation. Voting is the most visible sign that our citizens are actively participating in our democracy. You, our members, lead that effort in spite of the many challenges you face, including lack of resources. By ensuring the integrity of our elections, you make certain that all voices can be heard. Together with the entire ICMA team, we thank you for your service. 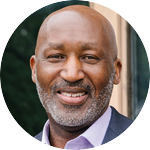