What do Austin, Dallas, Kansas City, Metro Tacoma, Vermont, the California Bay Area, and Southern California all have in common? Their local governments each have the rare distinction in the United States of possessing staff who are Asian Pacific Islander American (APIA). These individuals are also members of the International Network of Asian Public Administrators (I-NAPA).

If you live in the United States and haven’t thought much about Asians in public administration, there’s a reason for that. There are many fewer in senior local government positions than are representative in the U.S. population at six percent. Even in California counties such as Los Angeles and Alameda, in which APIAs account for more than 30% of the population, only a few have reached city or county executive-level positions. As past ICMA President Pat Martel would say, “You can’t be what you can’t see,” to which we add, you can’t picture what you can’t see either. I-NAPA was created in part to change this lack of inclusion of APIAs, with aspirations to expand, add value to, and learn from our international colleagues in the future.

I-NAPA became a reality as the direct result of ICMA’s efforts to support diversity and inclusiveness, beginning with an “aha” moment in 2015. At ICMA’s 2015 annual Conference in Seattle, keynote speaker Vernā Myers asked attendees to self-identify by various groups. When she called out “Asian,” only a handful of people stood among a crowd of a thousand. After the session, non-Asian colleagues remarked that they were surprised to see so few Asians in the crowd; of course, those of us Asians present were not.

Ed Shikada, currently the city manager of Palo Alto, took that moment in the Seattle plenary hall as a call to bring visibility to Asians in public administration. He himself had benefited from the efforts of trailblazers Mona Miyasato, Susan Muranishi, and Reyna Farrales, senior county executives who brought together Asian public administrators in California as Cal-NAPA. “Our numbers are so small [in the United States] that it’s helpful to have a support network,” said Shikada. Rey Arellano, Austin’s assistant city manager, had the same thought. They both spoke with Pat Martel, and then-executive director of ICMA, Bob O’Neill. The two wholeheartedly opened up ICMA’s resources to the effort.

Over the next several months, Arellano, Shikada, and Farrales, along with Genesis Gavino (who worked for Tacoma at the time, and now for Dallas), conducted a survey of ICMA members and others regarding interests and issues in serving APIA communities. Survey results were presented at the 2016 annual conference in Kansas City at a session attended by 15 APIA-identifying ICMA members. Our number was small, but those of us Americans in attendance were heartened to no longer be “the only Asian in the room.” Momentum from that survey and ICMA conference led to the establishment of the first iteration of the I-NAPA organization, along with a LinkedIn presence that grew to 150 members within a few months, and a website hosted by ICMA.

The unglamorous but important work of organizing proceeded over the next two years, made even more challenging by the sparse and geographically distant membership. The work included development of an aspirational mission statement and objectives, as informed by the 2016 survey. The objectives were to encourage excellence among public administrators of Asian heritage by:

Thus far, I-NAPA has made progress on these objectives through events, social media, and developing leader profiles, which have connected and showcased public administrators of Asian heritage. Thirteen profiles are currently available at icma.org/i-napa/resources.

Two strategic planning retreats have been held. The first was in 2018, where I-NAPA was greatly aided by the skilled facilitation of Magda Gonzalez, a city manager and member of the Local Government Hispanic Network (LGHN). The retreat yielded goals for the short and long term, and crystallized our rallying vision—to inspire inclusion.

I-NAPA concluded its second retreat in July of this year, conducted virtually due to the pandemic. We came out of it reinspired with a proactive member engagement strategy to invigorate our LinkedIn membership of more than 200 people, a quarterly webinar series, and monthly virtual roundtables dubbed “Boba Breaks.” What once seemed to be our Achilles heel, the sparsity and geographic spread of Asian ICMA members has become an unimportant detail: the pandemic has made virtual interactions commonplace.

There are a few lessons to be taken from I-NAPA’s development:

• The importance of a reliable incubator. ICMA has served that role for I-NAPA. Unlike some other affinity groups, I-NAPA needed ICMA’s administrative and structural support in order to succeed. ICMA provided a springboard, allowing I-NAPA to make the leap from a “handful of scrappy volunteers” to functioning organization much more easily than otherwise. ICMA’s backbone support has included administering surveys, providing a professional website, and arranging for I-NAPA spaces and visibility at ICMA conferences.

• The value of those who have come before. Cal-NAPA, LGHN, and the National Forum for Black Public Administrators are our trailblazers, resources, colleagues, and sources of inspiration.

• The engine that is community. Those of us who take on projects and responsibilities for I-NAPA do so because our fellow members are in community with us; we want to give because we receive. Many of us felt alone in our Asian public administrator identity prior to I-NAPA. As I-NAPA, we inspire each other to reach higher for ourselves and for others, so we may all be seen in governance.

• Inclusion brings more resources to bear. Expanding who is in public administration needs to remain a top priority for local government not just because it is the right thing to do. Including the talents and abilities of current and aspiring Asian public administrators means local governments can do more than they could have previously imagined. As Reyna Farrales, the former deputy county manager of San Mateo County, California, described, “Being a Filipino woman made me different from what most people were used to seeing among their local government leaders. I attribute my success to my parents, supervisors, and mentors who saw potential in me and supported me throughout my career. They made me believe that being different is a strength along with other unique qualities that make me a good person and effective leader. While I acknowledge that stereotypes and biases still exist, which can be really discouraging at times, I chose to lead in a way that valued difference, that aimed to understand all perspectives in helping organizations improve and communities thrive.”

Now we ask you: How can you inspire inclusion? Can you be an incubator? A trailblazer? Will you foster community? Will you expand who is in your administration? What will you do? To join us as a member or become an ally, email I-NAPA at intlnapa@gmail.com to receive membership and event information. 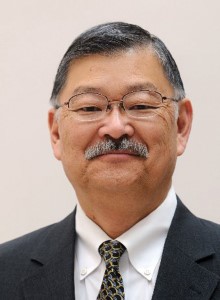 The advancement and respect of the local government profession are built on the shoulders of public servant leaders such as Charles Ozaki. Among one of the first ICMA members of Asian heritage, his career spans 43 years in local government management. This includes serving as city and county manager of Broomfield, Colorado, for eight years, and as its assistant and deputy city and county manager for 29 years.

Ozaki grew up in a poor neighborhood next to downtown Denver that was redlined and relegated for Asians, African Americans, Latinos, and other minorities after World War II. His family settled there after his father, mother, and infant older brother were among the Japanese nationals in Lima, Peru, who were kidnapped as hostages by the U.S. government during the war and imprisoned in Crystal City, Texas.

Ozaki’s parents worked hard, and overcame significant language and cultural barriers to help their five children succeed and graduate from college. Ozaki also attributes his family’s success to a strong support network of neighbors and community members, especially the Japanese American community of Denver. His exposure to public administration while attending the University of Colorado would lead him to a career in local government in the mid-1970s where he was very aware of being one of the few minorities and Asians at city hall.

Today, Ozaki serves as a senior advisor to the ICMA-affiliated Colorado City and County Management Association after retiring from Broomfield in August 2019. He also serves on the Board of Trustees for the Mile High United Way that serves the most disadvantaged communities in Metro Denver. In his role as a senior advisor, Ozaki supports city managers in transition and emerging leaders and coaches them regarding their ability to see oneself objectively and how one affects other people. He notes that Asians and minorities in America who live in a majority social environment may be predisposed to this ability since they are often outsiders looking in, and may be more acutely aware of how words and actions affect them and others. This same self-awareness touches on the rising national consciousness and forced recognition of racism coming to bear in society after the tragic death of George Floyd. He hopes the momentum for social change continues, and the narrative remains focused on equity rather than simply equality so that there is an actual reversal of the conscious and unconscious barriers impacting people of color.

Ozaki recognizes that public administration is not a traditional profession for Asians, but people from Asian communities bring with them knowledge, skills, and experiences that adapt well and can contribute greatly to the city and county management profession. He believes that I-NAPA can play a significant role in opening doors, creating opportunities for positive change, and shining a light on the responsibility of city and county managers, along with appointed and elected officials, to promote and support diversity and inclusion, especially at the highest levels of local government. 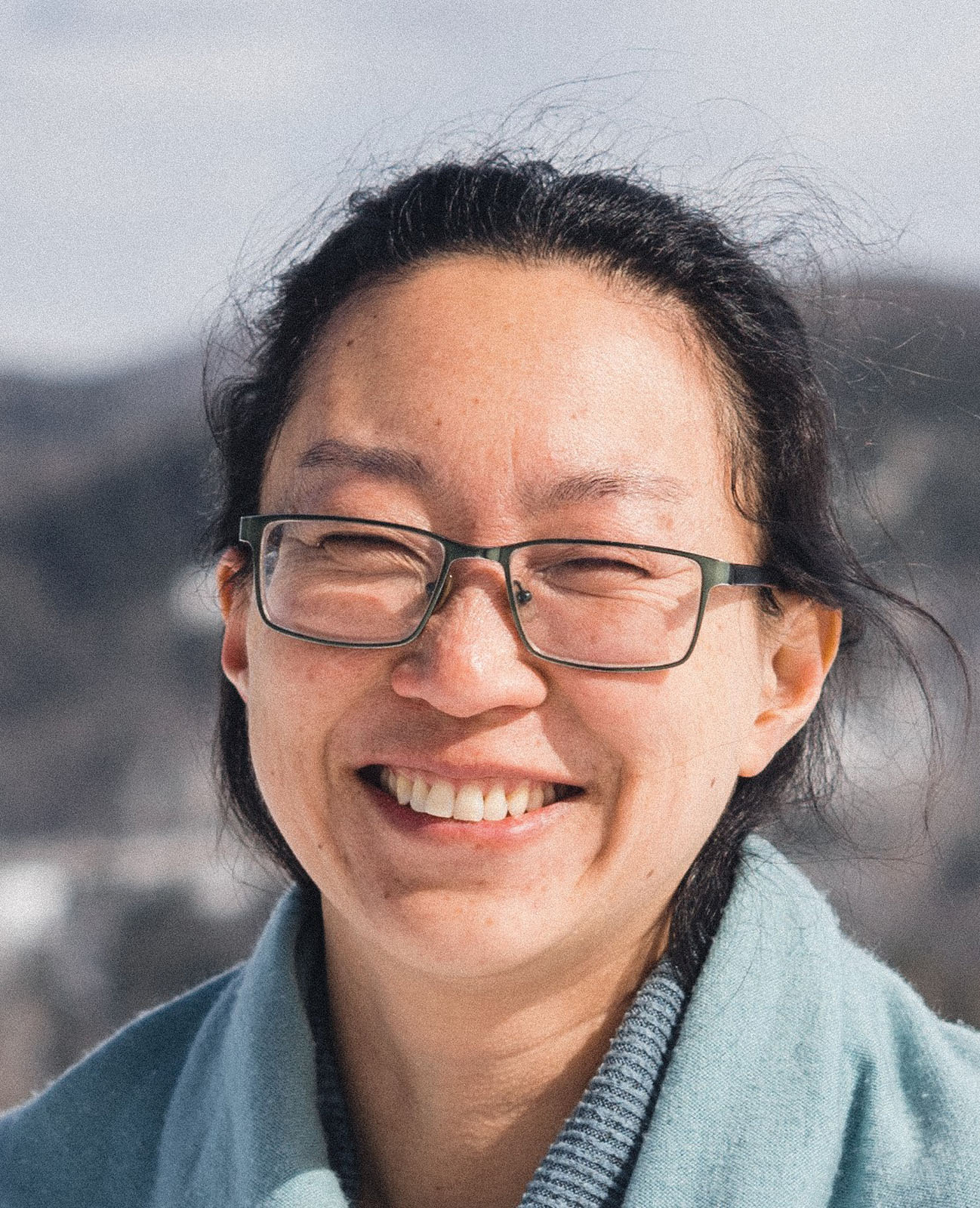 Career Compass No. 86: Empathy Is a Superpower

It's a bird! It's a plane! It's...someone who understands me!

5 Leadership Lessons from the Coronavirus Pandemic

How city and county managers addressed the challenges of the COVID-19 pandemic and what strategies were most effective.

For the PUBLIC Good

Cohort is brought together to share insights with ICMA and each other and to build a learning community for ICMA members on equity, inclusion, and social justice.

article
Women of Color: The Path to Equity in the Public Sector
article
Intersectionality in the LGBTQIA Community