Women of Color: The Path to Equity in the Public Sector

A century ago, on August 18, 1920, the women’s suffrage movement, including many women of color, won the right to not be denied one’s vote on account of sex through the ratification of the Nineteenth Amendment. This momentous occasion occurred 50 years after the Thirteenth, Fourteenth, and Fifteenth Amendments were passed that abolished slavery, guaranteed the “equal protection of the laws,” and explicitly defended the right to vote regardless of race. The amendments were the result of the Civil War and the abolitionist movement to free slaves. Yet, women of color still faced significant barriers both legally and in practice. Even today, a century after women’s suffrage, and 150 years after the Fifteenth Amendment, real equity has not been achieved.

The National Forum for Black Public Administrators (NFBPA) is the principal and most progressive organization dedicated to the advancement of African-American public leadership in local and state governments. Our mission is to serve as a catalyst for linking public and private organizations, as well as academic institutions, to support the professional development of African Americans choosing public service careers. Many African American women have benefited from the advocacy of NFBPA.

This summer, as protests erupted across the country demanding racial equity, we spoke with hundreds of NFBPA members and partners discussing ways in which local and state governments can work to improve representation and support for their African American employees. What we found was that employees of color, but especially women of color, continue to report obstacles to opportunities for advancement in the public sector. However, the victories achieved by powerful women in the struggle for equal rights proves that this is not how it has to be. By looking at the successes of the women’s rights movement, our public sector managers and executives can implement solutions to guarantee equity for women in public sector jobs and administration.

Despite the half-century between the passage of the Fifteenth and Nineteenth Amendments, the movements fighting for equality regardless of race or sex were inherently linked together. The Seneca Falls Convention, held in 1848, was the first women’s rights convention in the United States. During this meeting, powerful coalitions between women’s rights advocates and abolitionists were formed.1 Many of these organizations, including the American Anti-Slavery Society, provided important mentorships for women, giving female organizers experience in speaking, writing, and even editing newspapers.

This disenfranchisement of women led to the establishment of two prominent women’s organizations, the American Women Suffrage Association (a purely suffrage-focused organization for women only) and the National Women Suffrage Association (which included men and advocated for social mobility beyond the right to vote). Among the issues they disagreed on was whether to support the Fifteenth Amendment, because it did not specifically enfranchise women. Further ostracized were women of color who faced increased racism from both major suffrage associations. They would ultimately go on to form the National Association of Colored Women’s Clubs in 1896. Although both white and African American women were fighting for similar rights, this divide showed that the discriminatory effects of race and gender would lead the fight for equal rights to drag on well through the twentieth century.

Over the next 40 years, women continued to fight for rights. In 1923, the National Women’s Party drafted the Equal Rights Amendment (ERA) for Congress. Today, over 95 years later, the measure has not been ratified, although the ERA is still being pushed by women in Congress as well as throughout the States.

Representation in the Workplace

Although women’s rights at first focused on equality under the law, the movement still greatly impacted the legal and social barriers of the workplace. After World War II, when men returned home, women who had entered the workforce and had become “Rosie the Riveter” were relegated back to their household roles. However, some women chose to remain employed in the public and private sectors, and over time began to alter the U.S. workforce, at a time when the civil rights movement was pushing for equality in this country.

In 1963, Congress passed an Equal Pay Act, prohibiting discrimination on account of sex in the payment of wages by employers; although today, women continue to be paid less than men in many occupations. This was followed by the 1964 Civil Rights Act, which became a pivotal moment for women of all races, even though women were not initially included in the act. Although the act’s purpose was to protect and guarantee the rights of African Americans across the south, women and other minorities across the country nonetheless benefited from its passage.

In local and state governments, women and minorities took advantage of greater opportunities to climb the ladder of success in public administration. Some capable women were able to reach the executive level of public administration, yet many have also been met with discrimination based on their gender. Women of color have a twofold barrier in that they were at times met with not only gender discrimination, but also racism, as evidenced by the still present wide-ranging disparities between women of color and other groups.

The Push for Equity Today

The limitations women of color face in the public workforce are not for a lack of trying. African American women are more likely to desire executive-level positions than their white counterparts, and their numbers in mid-level managerial positions have increased, yet despite this, their presence in executive-level positions has remained stagnant.4 Tanisha Briley, city manager of Cleveland Heights, Ohio, believes that “local government organizations should reflect the communities they serve from the line worker to executive leadership, but in many cities, minorities such as Black public administrators are overrepresented in lower-level public positions and underrepresented in executive roles.”

For African American women, this disconnect between their ambitions and their representation has remained persistent, and many have attributed this to the perceived negative perception of their own power. Indeed this negative perception of African American women and power has remained an obstacle for women, as qualities such as ambition, tenacity, and forceful leadership remain valued in their male counterparts. However, when women in public service exhibit these same traits, they are penalized, or viewed as unsuitable for positions such as department head, city manager, or even president of the United States. As Stacy Abrams notes, “Ambitious women have always been a problem for those who have wanted to maintain the status quo.”5

The current social justice movement emerging across the country is leading protesters, activists, and workers to demand racial equity across all fields of government and society. This can and should be addressed in public sector workplaces by changes that focus on the needs of African American employees, as well as all other groups that suffer from inequity and a lack of representation in the executive levels of government offices. This includes those who continue to suffer from discrimination based on race, but also sex, religion, age, national origin, sexual orientation, and gender identity.

As protests in the streets lead to conversations in the office, issues such as pay inequity and comparatively low representation of women of color at senior and executive levels of government will become an area where women will demand more attention. In public administration, women and minorities have historically been overrepresented overall, yet not at the executive level. Their relatively low status in government has left them vulnerable to job loss and pay cuts when local government budgets are cut.6

Yet, increased diversity in upper levels of public administration can have tangible benefits for state and local governments. In the private sector, “companies in the top-quartile for gender diversity on executive teams were 21% more likely to outperform on profitability and 27% more likely to have superior value creation.”7 Jelynne LeBlanc Burley, president and CEO of the Center for Healthcare Services, states: “Organizations that lack diverse senior leadership continue to fail at assessing talent primarily because they are trying to fit a homogenous mold.” In public administration, female participation in decision-making roles is also positively correlated with economic development. Furthermore, increased representation will not be a detriment to male colleagues, as greater equity will lead to women working collaboratively with their male counterparts to ensure that men and women ascend through the ranks on equal footing.

The Value of Mentorship

When considering concrete steps that public sector managers can take to ensure that women of color are provided the ability to take part in executive-level leadership, one of the most important is to support the role of mentorship in the career development of their employees. Influential leaders and managers offer tangible experience, coupled with social knowledge on navigating leadership roles. They possess essential skills for any executive in the public or private sector: resilience, coping with stress and difficult situations, and knowing how to manage hypervisibility.8 Stacy Rodgers, Baltimore County executive, notes that “to have strong women of color invest in and guide young female emerging leaders is essential to ensuring the success of the next generation of leaders.”

NFBPA has promoted the value of mentorship for decades through its Mentor and Executive Leadership Institute programs. These programs have allowed hundreds of public administrators to grow their skillsets and enhance their professional networks, with many graduates ascending to executive management positions in state and local governments. Ms. Briley notes that these programs “show the next generation of leaders the path forward, prepare them for the journey, and provide the support needed along the way as well as when they arrive, support that is too often lacking in traditional systems.”

Membership organizations themselves, including NFBPA, can also be sources of support and skill sharing. Justina Mann, director of capital development at the Houston Airport System, states that “by not only being a member that can network with higher levels within public administration, but taking it a step further and being engaged in committees and ultimately the NFBPA Board, doors will be open based on your colleagues and peers seeing you in a different light.”

Unfortunately, as government budgets tighten, professional development opportunities in the public sector are being cut by more and more managers. Therefore, at a time when public leaders are asking what can be done to support African American employees, their decisions to cut professional development opportunities are directly limiting the career mobility of their workers.

Public administrators can demonstrate their willingness to support their employees by ensuring that pathways to advancement remain open. By allowing for professional development programs and promoting flexible work schedules to support mentor relationships, executives can ensure that the many talented and capable women of color working in the public sector can develop the opportunities needed to become successful executive leaders themselves. 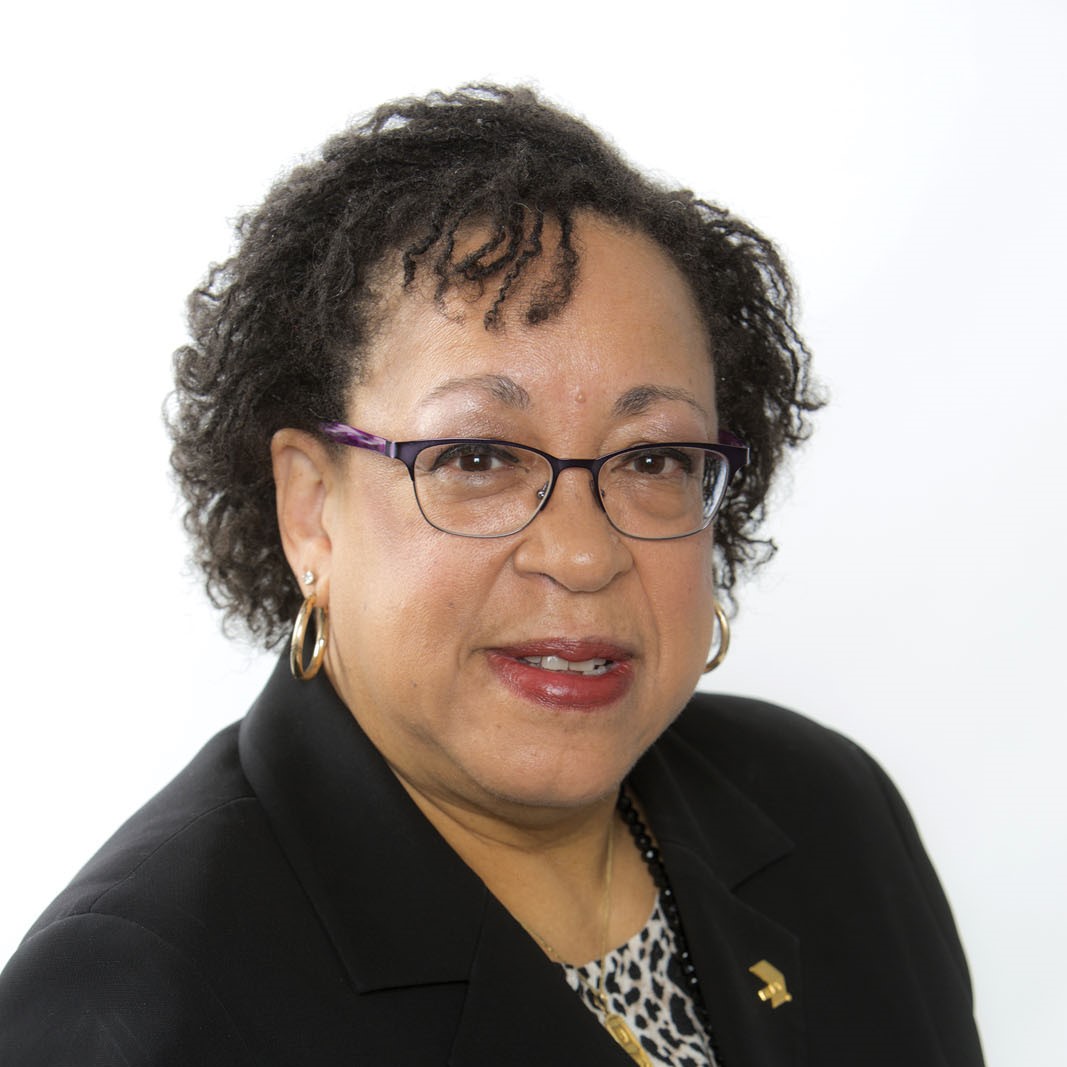 CHERYL D. ORR is managing partner of I4x, the Institute for Excellence in Public Service (cherylorr02@gmail.com​).

article
African American State and Local Government Employees Have Higher Concerns About Health and Financial Risks of COVID-19
article
A New Kind of CEO: The Role of the Chief Equity Officer (and Other Equity Positions)