The Importance of the Arts

What keeps you up at night with regard to your city or county? Crime? Opioid addiction? City livability? Economic issues? I would think that every city/county manager would include at least one thing from this list. This is the life city/county officials lead: identifying and responding to the needs of your community—hopefully proactively and not reactively. As the topics are complex and nuanced all at the same time, this article offers an additional path to help you improve your residents’ lives.

When talking about the arts, what comes to mind? I would hazard to say that you are thinking about live theater, fine art galleries, the ballet, or opera. In other words, “high arts,” perhaps art for the elite, city/urban-centric arts, etc. But the arts are so much more than this, and they are actively working each day in your community, improving the livability and economy of your area.

Myth: The arts are a tiny part of the economy. According to the U.S. Department of Commerce’s Bureau of Economic Analysis (BEA), in 2016, arts and culture contributed $804 billion to the economy, or 4.3 percent of the gross domestic product (GDP). For comparison to other industries, construction was $745.5 billion, transportation was $577.5 billion, and agriculture was $164 billion. In other words, the arts are larger than some of the largest industry sectors in America!1

Myth: The arts are a big, black hole with no economic return on investment. As you can probably guess from the first myth, the arts positively impact local government budgets. According to Americans for the Arts’ Arts & Economic Prosperity 5 study, in those regions that were studied, without using multipliers, the nonprofit arts contributed $27.5 billion to state and local government coffers. Given that nationally, all levels of government collectively invest around $5 billion in the nonprofit arts, this ends up being more than a 5-to-1 return on investment. Thus, the healthier and more vibrant a locality’s nonprofit arts sector, the more the locality will collect in tax revenue (times five!).

Myth: The arts and culture sector is insular and doesn’t affect other city/county issues/areas. There are at least 26 different topics that the arts authentically affect. These range from the obvious—arts in education—to the not so obvious, such as arts in healthcare to aid military veterans with their post-traumatic stress disorder treatment or to prevent suicide. The arts and culture also work to positively affect housing issues, community development, and city/county planning, to name a few.2

Arts and Culture in City/County Planning

Community planning is more than likely a substantial part of your job. Did you know that the arts can provide creative tools to help planning and urban design professionals engage with communities affected by their projects? Using storytelling, visual arts, and technology such as social media and digital billboards, community members can play a significant role in designing safe, beautiful, and useful spaces that reflect community needs and desires.

Collaborative planning toward a common goal helps communities develop a sense of social cohesion. Design processes that engage the community can foster a sense of ownership among residents. There is a significant correlation between the attachment people feel to the place in which they live and GDP growth. And arts districts help retain vernacular culture, helping to arrest the homogenization that makes cities less livable.

All in all, integrating the arts into the planning of our spaces and places can make them more human, more accessible, and more innovative over time. Further, I’m sure most everyone has sat in a public meeting with irate community members upset about what a certain project might do to their community. No matter what type of project it may be—transportation, housing, or commercial—allowing the arts and culture to play a role in the process often eases opposition as the community feels more included and heard. For example, one research study reported that 20 percent of people who engaged in an arts-based community design process felt more ownership over the project and thus became supporters.3 When people have a sense of ownership of the places they frequent, their communities become better places to live, work, and visit.

Boston, Massachusetts: The Department of Play is a nonprofit organization that creates temporary play zones in public spaces around Boston. Participants envision alternative futures, share experiences, and collaboratively create artifacts. It seeks to frame the city as a malleable, ongoing construction that any resident can experiment with and impact. The Department of Play states:

“Our temporary play zones (TPZs) bring people together to imagine and create collectively. TPZs invite passersby to engage in a creative mission in an unexpected public place located in what we term border zones—those invisible frontiers that affect residents’ movement. In play, people explore their visions of the future and of other plausible worlds, while the border zones become momentarily shared places.”4

Fergus Falls, Minnesota: These types of programs are not limited to large cities. In Fergus Falls, (population: 13,783), the local economic improvement commission, working with local arts and cultural organizations, created an original site-specific theater production on the grounds of the former Fergus Falls State Hospital based on interviews and story swaps with local residents about their connection to the building.5

Arts-based community development (sometimes called creative placemaking)—and the deep integration of arts and culture into communities’ pursuits of healthier, more vibrant, more equitable places—has a long history in the United States that stretches back thousands of years to the first Native American tribes and laces through post-colonization history as well. Artists, arts organizations, and artistic activities in general can play a valuable role in the development and long-term health and sustainability of our communities. Research shows that communities with a vibrant cultural scene are more desirable to live in, have greater economic stability, and attract a more diverse and educated workforce.

Often when a community struggles with a social concern, arts projects can foster cooperative dialogue and bring about solutions and change. The arts drive an increased tax base, stronger social networks and community cohesion, reduced health risks, higher empathy, and more community pride. These things together make it possible for communities to progress toward their goals. As a result of using the arts for community development, communities often see an increase in tax revenue.

Saint Paul, Minnesota: The Irrigate Initiative was created by Springboard for the Arts along with the City of Saint Paul and Twin Cities Local Initiatives Support Corporation in response to disruptive construction of a light rail line through the urban core. Irrigate is an artist-led, creative placemaking initiative that mobilizes the skills and creativity of local artists to create innovative, meaningful, and authentic solutions to local challenges through collaborative projects. As Springboard for the Arts states:

“The goal of artist projects that come from Irrigate is that by creating multiple small moments of surprise and joy and relationships, we can signal to neighborhoods that change is possible, that the people who live there can engage in and direct this change, and that their place is valuable and worth tending.”7

Having a cultural organization in a community has been shown to increase the nearby residential property values by up to 20 percent.8 Higher property values equal higher revenues as most localities’ budgets are heavily based upon property taxes. Research into the role of the arts in economic development highlights five ways the arts work:

4. They catalyze community revitalization, and

5. They deliver a better prepared workforce.9

Greensboro, North Carolina: Upon refurbishment of the Triad Stage, a downtown theater, nearby restaurants saw increased patronage of 20-30 percent on show nights. Its work earned it an Emerging Theater Award from the American Theater Wing, with acknowledgement of its serving as a catalyst to downtown revitalization.10

Phoenix, Arizona: The city’s Cultural Connections program used public art to help revitalize Roosevelt Row during the 2008 financial crisis. The project titled “Ground Cover” involved an array of 300 blankets assembled on an empty lot into a floral mosaic.11 The vast mosaic of blankets was displayed for a day, then disassembled and redistributed to the homeless. The project also resulted in increased pedestrian traffic and partnerships between city organizations and businesses.12

Chattanooga, Tennessee: The Main Terrain Art Park serves as an example of using the arts and culture to accomplish multiple goals, including city livability, improving the health of residents, and stormwater runoff management. Indeed, the park does each of these seamlessly. The Main Terrain Art Park was a vacant 1.72-acre parcel of land just at the end of Main Street squeezed between two privately owned commercial lots. The parcel itself was narrow and long, thus, not conducive to any buildings or structures. City planners, along with local artists and arts groups, devised a plan to fully use this space and transform it into a vibrant area. Now, the site has multiple, interactive pieces of public art that encourage residents to turn wheels, do pull-ups, walk/jog and other physical exercises. The site was also designed to help mitigate storm water issues by using the landscape to absorb and retain water run-off. The end result is a vibrant space that has attracted new residential development and is now seen as an asset to the community.

Hopefully, this article has offered you another view of the arts and culture as transformational to communities—something to be valued, supported, and encouraged. The arts are essential to the human experience beyond any economic value, and local government leaders should truly embrace the arts and culture given the immense opportunities they provide a community.

2 To learn more, go to www.AmericansForTheArts.org/SocialImpact. 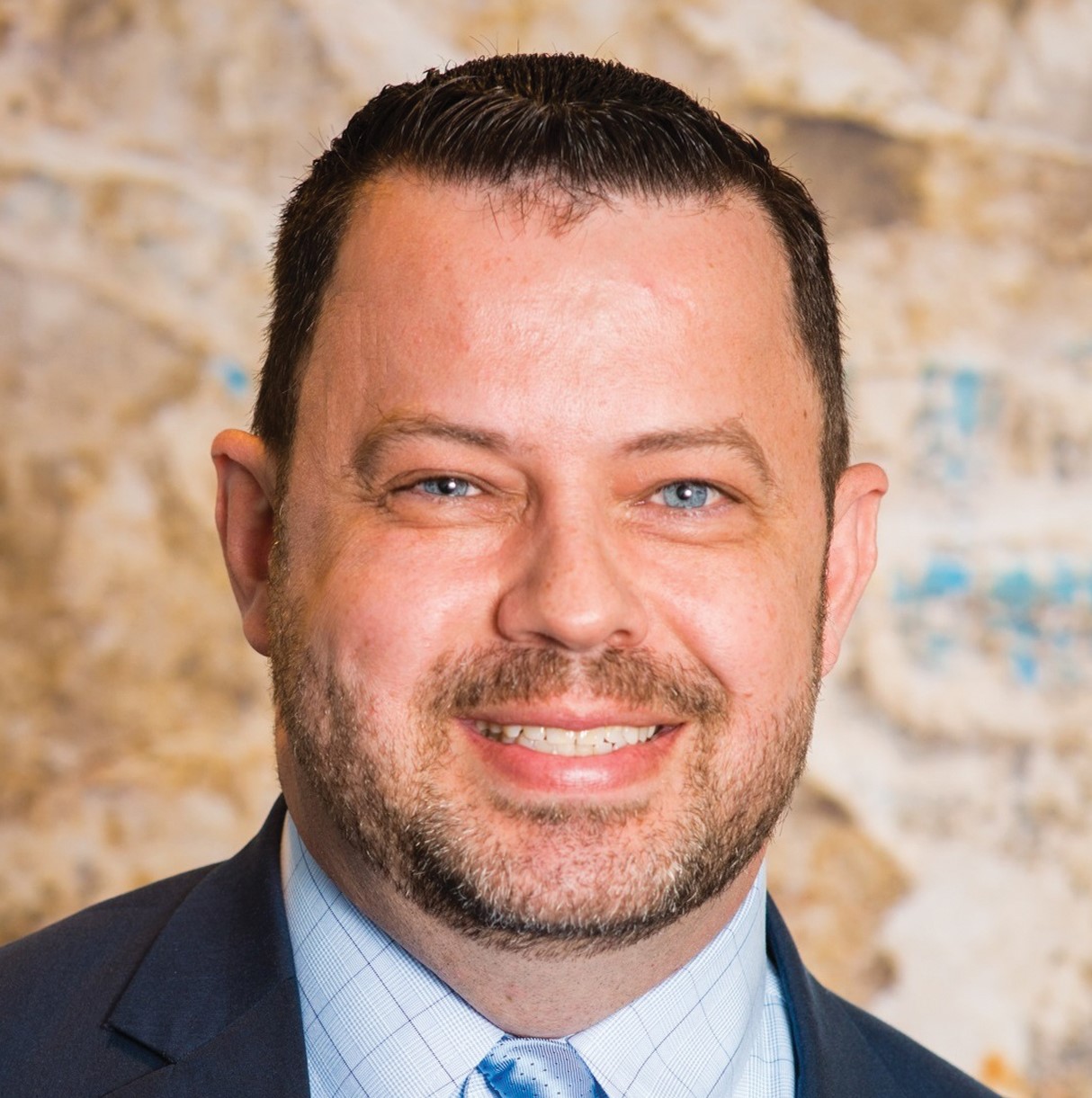 JAY H. DICK is senior director of state and local government affairs at Americans for the Arts (jay@artsusa.org).

Simple steps to guide what you post online as you strive to maintain public trust and confidence in your local government.

Tips on how to minimize the potential negative impacts of social media on efforts to foster public confidence and trust.

Elected officials can better fulfill their policy-making roles by delegating daily oversight of a local government to a professional manager or administrator.

Coronavirus Resources: Plan and Prepare Now Before It Hits Your Community

As the virus continues to spread, we've gathered some resources to support local governments.