Grover Beach: Embracing the Commercial Cannabis Industry in a Thoughtful and Safe Manner

How the town became the cannabis hub of the California Central Coast. [PM Magazine, April 2020]

Grover Beach is a small bedroom community of 14,000 residents on California’s Central Coast, located along the iconic Pacific Coast Highway 1 and U.S. Highway 101, halfway between San Francisco and Los Angeles. The seaside city, along with the neighboring cities of Pismo Beach and Arroyo Grande and the wineries of San Luis Obispo County, is a popular tourist destination.

However, while the moratorium was in effect, the Grover Beach City Council directed City Manager Matthew Bronson and his staff to draft regulations and a proposed tax structure for the purpose of allowing commercial medical cannabis activities in the future. Such activities were seen by the city council as an economic opportunity for the city in attracting private investment and providing additional jobs and tax revenue. The tax structure, which covered both medical and recreational cannabis businesses if also allowed by state and local laws, was approved by 70 percent of voters in November 2016—the same election in which the statewide proposition to legalize recreational use passed.

Between November 2016 and May 2017, Grover Beach crafted broad regulations that would allow a wide range of commercial medical cannabis businesses in the city in a safe and responsible way. Cannabis was on the agenda of multiple public workshops and approximately 10 to 15 planning commission and council meetings, drawing the largest turnout ever for a council meeting in January 2017. Public engagement has decreased substantially over time, even though the regulations established in May 2017 continue to be modified to reflect changes made at the state level and the needs of Grover Beach. While initial regulations were limited to commercial medical cannabis activities only, in May 2018, they were expanded to the recreational or adult-use market through a series of amendments ultimately approved on the council’s consent agenda.

The city allows every type of commercial cannabis license including cultivation, processing/manufacturing, testing, distribution, and retail. All cultivation must be conducted in an enclosed indoor space; both outdoor and greenhouse cultivation are explicitly prohibited in Grover Beach given concerns about security and ensuring architectural compatibility with buildings in an industrial zone. (Other cities ban greenhouse cultivation due to operating hours enforcement and the potential for a dispute over the definition of a greenhouse.)

Like some other built-out or compact cities, Grover Beach chose to reduce certain sensitive-use setbacks—in this case, setbacks related to youth centers. This is because the state’s default setbacks would have resulted in a de facto ban on commercial cannabis businesses given the proximity of existing youth centers and other sensitive uses to industrial zones where cannabis businesses would otherwise be allowed. With local regulations still restricting cannabis businesses to industrial areas, the city felt comfortable in determining reasonable setback requirements knowing that the city’s regulations would help meet community safety needs.

In addition to stringent cannabis-specific safety and security measures that exceed the state’s requirements, Grover Beach mandates that commercial cannabis businesses make public improvement to their properties to meet code requirements, such as fixing curbs, sidewalks, and landscaping. This mandate is due to commercial cannabis businesses needing a discretionary use permit to operate in contrast to “allowed” uses that do not trigger the same level of code requirements. City Manager Bronson described these required improvements as an opportunity to “raise the bar” on the development standards and aesthetics of the city’s industrial areas. Due to the strength of the retail applicants and stringent regulations, Grover Beach increased its original cap of two retail businesses set in May 2017 to a cap of four in December later that year. As of March 2020, the city has issued a total of 30 permits for cannabis businesses, including four retail permits and 11 businesses are operating with four businesses currently under construction and seven more in building plan check.

Grover Beach has become a production, distribution, testing, and retail hub on the Central Coast for boutique cannabis products due to the city’s available industrial land, proximity to major highways, and array of products already being produced in the area. Beginning with the opening of its first cannabis retail facility in May 2018, followed by additional retailers, Grover Beach has the only commercial cannabis retail locations for well over 100 miles. These locations are seeing a significant increase in business from locals, as well as from tourists heading to the adjacent Pismo State Beach, many of whom are from California’s Central Valley where there are more limited commercial cannabis locations.

Grover Beach has made a market-based choice to embrace the commercial cannabis industry in a thoughtful and safe manner. Existing businesses in the city are generally supportive of the move to allow commercial cannabis development, but there have been impacts from this changing market condition. The intention to create a free and open market for commercial cannabis caused significant speculation with rising land value in the industrial park area, along with rents for existing business owners. While these values have leveled off, some businesses have had to relocate to other parts of the city, and some have left Grover Beach entirely. However, with the newly created cannabis industry, a synergy has been created among the existing businesses that has lured additional services such as testing labs and cannabis manufacturing expansion to the city. Based on this synergy, the city expects a significant overall net increase in the number of businesses, jobs, and tax revenue due to the influx of commercial cannabis.

The coastal California city will be looking at multiple metrics for judging the initial success of commercial cannabis, mainly tax revenue and the number of new businesses and jobs created. Grover Beach’s tax structure is a five-percent tax on gross retail receipts and three percent on gross receipts of manufacturers, distributors, and other commercial uses. It also includes a $5.00 per square foot tax on cultivation uses. One of Grover Beach’s objectives was to not tax cannabis businesses back into the underground economy. The five-percent tax on gross retail receipts was originally 10 percent, as approved by the voters. The city council lowered the rate in order to follow the general rule of thumb to not exceed a 30-percent effective tax rate on an industry, though that is a challenge given rising state taxes on commercial cannabis businesses.

Total revenues from commercial cannabis businesses have been sizeable. In the first full year of implementation in fiscal year 2018–19, the city generated approximately $950,000 in cannabis tax revenues and is on track for generating an estimated $1.8 million in fiscal year 2019–20, along with additional sales tax revenue. This cannabis tax revenue equates to nearly 15 percent of the city’s total general revenues, which is particularly noteworthy since this revenue just began in the previous year. The city has been both cautious in its cannabis revenue estimates, as the actual revenues have exceeded estimates; and cautious in the use of this new revenue as the commercial cannabis industry evolves. As a result, the city is primarily using this new revenue for one-time needs, such as capital improvements and paying down pension liabilities, rather than funding ongoing service increases.

Grover Beach moved forward with the intention of treating this industry as a major economic development opportunity. The relative equidistance between Los Angeles and San Francisco, lack of commercial cannabis activity in the area, and available industrial land marked Grover Beach as an ideal location for commercial cannabis businesses to open distribution and manufacturing operations along with retail facilities.

While motivated by economic development, the city’s approach has been measured. Grover Beach has leveraged its industry assets to gain additional value from these businesses through required property improvements. At the same time, the city has continued to adapt its tax scheme to ensure the businesses aren’t driven back underground, and has generated significant tax revenues that help fund community improvements.

It is also worth noting two risks of making this industry part of an economic development strategy. First, the industry continues to exist in the shadow of the federal government. Manager Bronson notes that any new or more aggressive enforcement has potential for a “chilling effect” on the industry both statewide and in Grover Beach. The inability of cannabis businesses to use the banking system, given federal restrictions, is a related challenge given the scale of the multi-billion-dollar cannabis industry. Second, the continuation of underground cannabis businesses that are not permitted, regulated, or taxed is an impediment to creating and sustaining a viable legal industry with businesses adhering to prudent regulations.

Thus far, however, Grover Beach has instituted a thorough interdepartmental process to develop and tweak regulations that have helped the public and business community to buy in. The public has since complimented the city on how regulated the industry is, and as a result, has been supportive of its local growth. Evidence from this case and others suggests that starting with stringent regulations on commercial cannabis, and slowly relaxing them until the desired outcome is reached, is a more effective method than attempting to tighten already relaxed regulations.

This is an updated version of “Case Study: Grover Beach” from Local Impacts of Commercial Cannabis, published by the International City/County Management Association (ICMA), September 2018. 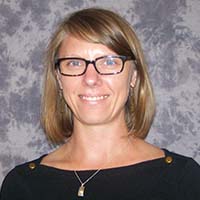 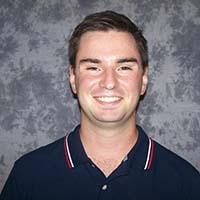 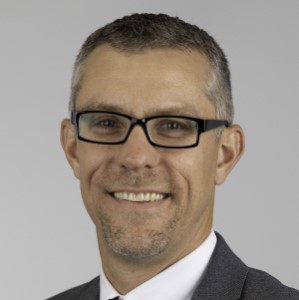 Humanness is showing up right now as resiliency fatigue.

A Legal Perspective on Reopening Communities

Participants in the USAID SURGE Project, implemented by ICMA, focus on bouncing back from the COVID-19 pandemic.