Challenging career opportunities can help you improve a community and enrich your career. [PM Magazine, January 2020]

Career opportunities come in many different shapes and sizes—especially in local government management—and bring both great challenges and sacrifice, as well as great professional reward. My own career has given me a broad range of experience in helping to turn around troubled communities. In one case, strategic planning was the key to success. Another involved a new start following a court-ordered change in form of government. In still another situation, a triage intervention reminiscent of the M*A*S*H television series helped turn the tide, which is what I’ve described in this article.

My colleagues in ICMA and the Illinois City/County Management Association formally recognized my efforts in these communities, and while I’m grateful that fellow professionals noticed, I didn’t begin my career seeking this type of work. The experiences, however, did change my life personally and professionally in a good way. Each situation was an opportunity to grow as a manager and really make a difference.

Snapshot of a Community

The village of Maywood, Illinois, in the Chicago metropolitan area was operating under the council-manager (C-M) form adopted by referendum. Despite efforts by a few local politicians to drop C-M, voters reaffirmed it during at least two more referenda. Voters also empowered the village board with home rule authority per state laws that granted more powers of taxation, code enforcement, and land use regulation. The population is majority minority with a ratio of about 88 percent African American and 12 percent European American, including Hispanic. This followed a history of major transition from a community comprised of a majority Jewish American population. Community history is also replete with war heroes of World War II in the 1940s who had been on the Bataan Death March. The Civil Rights Movement and related conflict came to the area during the 1960s. This included the controversial killings of Black Panther leaders during a raid by Chicago police officers. The village and civic groups built a public pool in their memory in Maywood’s central park.

During subsequent decades, a large middle class grew, along with some poverty-level residents. Crime generated by the illegal drug trade was common in a few neighborhoods, which led to other undesirable and dangerous activities. Problems were compounded by a high property tax delinquency rate and low sales tax income. Vacant industrial and commercial buildings created blight in some business districts. The governing board was on the verge of not paying debt service on millions of dollars in outstanding tax-exempt municipal bonds. There was a remarkable turnover of six city managers in seven years. The volatility and vacancy in leadership resulted in administrative inefficiency and malfeasance in at least one department.

The director of the Illinois Development Finance Authority (IDFA) offered to help the village restructure debt and issue new bonds on behalf of the village to generate cash to pay creditors. However, the director demanded in return that the village adhere to a set of bond covenants. First, proceeds would be captured and channeled into an escrow account to pay creditors. Second, they would need to hire a qualified manager with advice from Northern Illinois University (NIU). IDFA incorporated the unusual requirement of a six-vote majority threshold out of seven board members to hire and fire. Third, the village must hire a qualified finance director. Fourth, the governing board must engage in training on the appropriate way to conduct business with the C-M form. These and other stipulations were designed to stabilize operations. I describe in the following paragraphs the blueprint of steps taken both concurrently and consecutively over the next three years.

Step #1: Coming on Board

The NIU MPA program chairman contacted me and others, to explain the ins and outs of this local government intervention. Frankly, I was a bit overwhelmed at the prospect of taking on this enormous task. I didn’t know much about the community or its residents, and the challenges and moving parts seemed very complex. Nevertheless, it was comforting to know that NIU and IDFA were involved. After the board members interviewed me, I was offered the interim village manager assignment and we agreed to terms. In subsequent months, the village board recruited a permanent manager. In spite of everything, I applied. I wanted to see the initiatives completed and leave some lasting positive change. They hired me.

Internal and external communications were critical. We began with a workshop on best practices with the village board, facilitated by the NIU program chairman and a professor from Cleveland State University who had previously served as a city manager in Ohio. We convened a well-attended community forum to explain the changes and plans for further improvement. This was followed by numerous updates and opportunity for citizen feedback during open board meetings.

The IDFA issued millions of dollars in bonds on behalf of the village. I worked at the outset with the finance director and other department managers to restore proper administrative practices, including mandatory departmental reports, profit and loss accounting, budget-to-actual reports, and tracking of debt service. The first finance director resigned to take another job, so I hired a second finance director who would also serve as assistant village manager with the intent of training him to take over as manager if needed.

I worked with investigators from the FBI and the Cook County State Attorney’s Office to successfully address a problem with the Police Pension Fund. I hired a police chief from outside the department and promoted two sergeants to the rank of commander. The new chief effectively applied a carrot-and-stick approach to the illegal drug problems. First, the department held public meetings in the neighborhoods to explain and promote participation in community policing, including landlord screening of tenants. Second, the chief carefully coordinated raids with help from the Illinois State Police. Perpetrators were arrested and undesirables were discouraged from living in apartments.

This was an outstanding experience in my career and pass on the following:

• Representatives of NIU, IDFA and others were candid with me about the risks and uphill struggles. They had to weigh them when considering their own participation in the intervention. However, I may not have jumped into the water if I had known in advance just how deep and turbulent it would become.

• The mayor, trustees, clerk and I developed a very good working relationship. It was also satisfying to hear many positive comments from the public. Their collective cooperation is the primary reason we succeeded in improving finances and administration. I certainly could not have done it alone. All of this was beyond my expectations.

• I later realized that one of the police commander promotions and another hire turned out to be mistakes. Further, a long-time leader in that department became a huge disappointment. He was prosecuted for illegal activity and fired. You never know for sure whether a current employee or new hire will succeed. Always be vigilant in evaluating and holding everyone accountable.

• I should have done a much better job of helping the assistant manager/finance director prepare for the manager post. I misjudged how difficult it is to transition from an established person to a successor, who needed more time to build trust and credibility. One way would have been to come back frequently during his first year as manager to work with him and talk with the elected officials. I regret that they gave him a hard time. He eventually departed. We continue to stay in touch.

• My wife Debbie was very supportive and excellent on the home front, but I underestimated the load placed on her to take care of our young family of two girls, a boy, and a dog. We lived 200 miles away, requiring me to rent an apartment and stay in town to manage throughout the week. Occasionally, I stayed on Saturday to attend an event or facilitate a governing board strategic workshop. Despite all of this, I never missed my drive back home for the weekend, even when I rode an Amtrak train that was blocked by snow during a blizzard. It became clear to me that the assignment was taking its toll on my family, and that kind of work situation is not sustainable. I felt like I had experienced seven years packed into just three.

A big take-away is to remember that being a local government manager should be about public service. Communities of all types need our help. I encourage you not to shy away from an assignment that gives you the opportunity to potentially make a big difference in a community like Maywood. 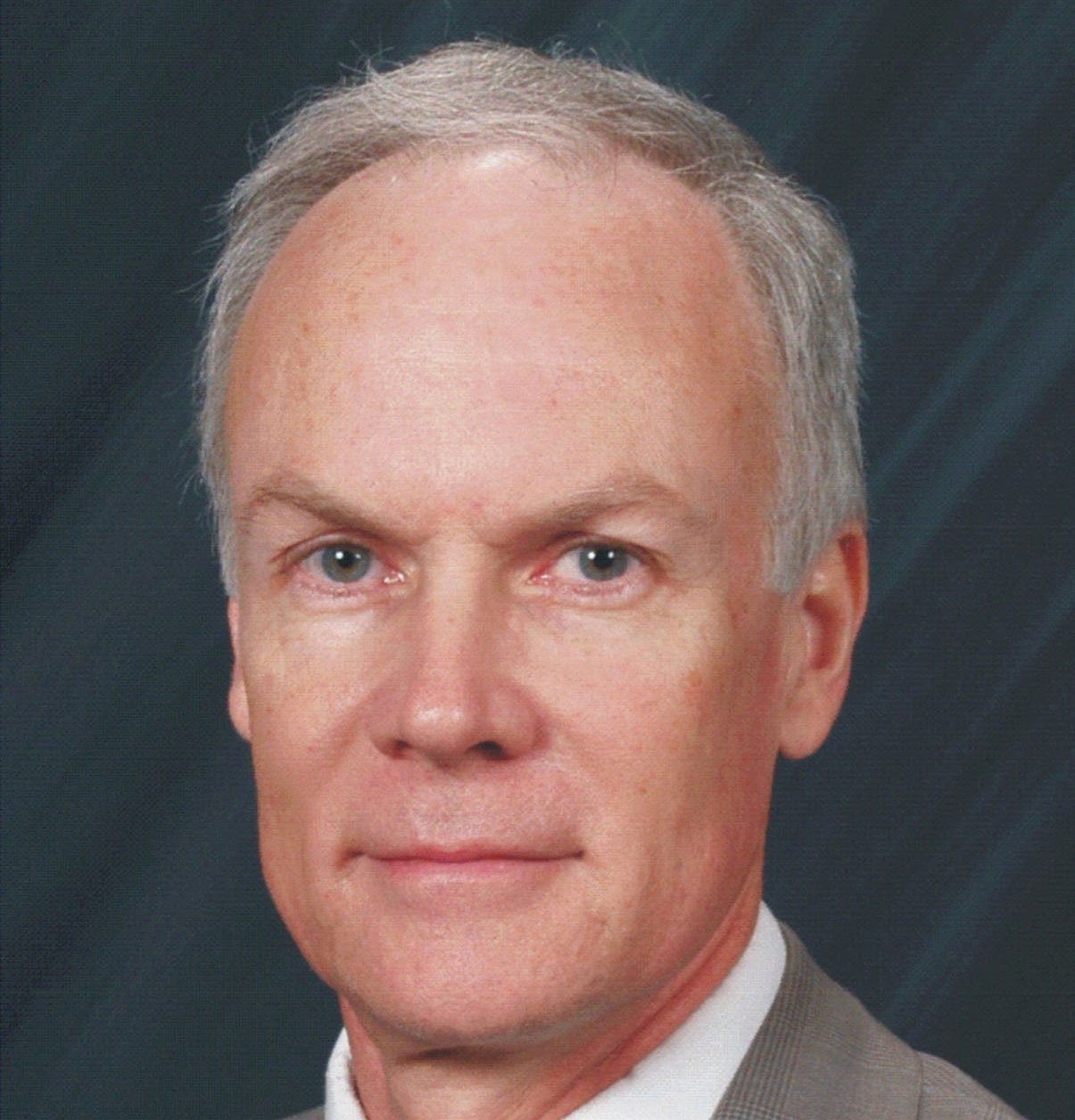 PowerPoint presentation that accompanied the May 1 Webinar: Employment Law and COVID-19