The decline of first suburbs has been a gradually building crisis, and a decade after the Great Recession many first suburbs are far from recovered. [PM Magazine, December 2019]

The American middle class has been shrinking for over a generation, and as it shrinks, so too does the number of middle-class American communities. These formerly middle-class communities are becoming poorer overall and are disproportionately first suburbs.1 Most first suburbs—communities intentionally incorporated to be set apart from the major city—boomed during the 15 years after World War II. In recent decades, scholars have been warning that many of these inner-ring suburbs are manifesting signs of central city decline, such as disinvestment, depopulation, and rising poverty.

The pattern of decline is familiar. Millions of Americans living in first suburbs used to work factory assembly lines and shop floors. But as manufacturing employment has shrunk, residents within America’s first suburbs face wage stagnation. In turn, they are forced to invest less in their homes, which increasingly show signs of age. As decline manifests, homeowners with wherewithal often leave. This sets in motion a downward economic cycle, which collectively make the first suburb poorer year over year. The gradualness of the decline often makes it very difficult for those living amidst it to perceive it.

Despite a rich academic literature focusing on first suburban decline, scholars have offered few actionable policy solutions.2 Most articulated policy options place the responsibility for fixing this problem at the state and federal levels, where little action has occurred. The reality is state governments have been cutting local aid for the last decade,3 and the federal government is mired in worse political gridlock than normal.

As a result of shrinking state budgets and federal government gridlock, first suburban leaders have been left to contend with decline on their own. An example of the state of the decline in first suburbs can be seen near the city of Cincinnati, in which city leaders in modest first suburbs must act with urgency. Furthermore, first suburban decline has accelerated in the decade after the 2008 recession.

The results are not encouraging. Of the 33 first suburbs in the study, only eight have a total tax base that has equaled or exceeded the pre-2008 recession values in nominal dollars. When adjusted for inflation, only two Hamilton County first suburbs have exceeded their 2008 tax bases. Eight of the 33 communities have experienced double digit increases in the rates of poverty since 1999. Six first suburbs have poverty in excess of 20 percent, which is considered to be a tipping point.4 Nineteen of the 33 first suburbs have had a loss in population since 1990. Hamilton County is thus like so many other parts of the Midwest, as some affluent first suburbs are stable, but too many others are in various states of decline. The suburbanization of poverty is clear and present in Hamilton County, and a financial recovery from the Great Recession has not occurred evenly.

What Can Be Done?

If state and federal help is not forthcoming and the warning lights are flashing for middle class first suburbs, what can city managers do to reverse decline, or at least manage it? Unfortunately, there is no silver bullet. We offer four strategies: (1) governance; (2) more than mere economic development; (3) housing; and (4) leadership, inclusion, and equity.

A local government’s tax base ultimately reflects the economic resources of the community itself. As first suburbs decline, local governments are themselves unable to keep up.

Norwood is a Cincinnati first suburb once-home to a General Motors plant that closed in 1987. Norwood spent $962 per capita on their police and fire departments in 2016. Nine miles away is Blue Ash, Ohio, a nearby first suburb with substantial income tax from employment centers. Blue Ash spent $974 per person on their police and fire departments in 2016, virtually identical to Norwood. Yet Blue Ash’s public safety spending is a mere 31 percent of its income tax collections, whereas Norwood’s $962 is 112 percent of its income tax collections.5 As a result, Norwood is in fiscal emergency. Nearby, Springdale spends $808 per person per year, and Forest Park spends $519; both communities have much in common with Norwood.

The above comparison of public safety spending is simple, yet insightful. The research on first suburbs in Hamilton County shows that communities, even in the same urban county, spend widely differing amounts of money on public services. Norwood has had substantial revitalization and private investments over the last 10 to 15 years, but is an example of a first suburb that is facing a fiscal emergency because it has not benchmarked against nearby peers to find less expensive service models. Benchmarking against peers is the key to helping communities like Norwood adapt.

What is different about economic development in declining first suburbs is that the free market is experiencing a market failure and the role of economic development is to correct it. This requires an interventionist government role beyond conventional economic development. Rather than simply closing funding gaps, local leaders must find a way to alter the market—assume risk and intervene in the real estate market—in a way that the private sector will not do.

One such example of market intervention is the City of Kettering, Ohio, which borders the city of Dayton. Kettering budgets $500,000 annually for revitalization. If unspent, the balance accumulates and Kettering uses the money to acquire strategic property and undertake catalytic redevelopment projects. This is in line with a 2002 Brookings Institution recommendation that first suburbs create a third budget priority, in addition to operating and capital budgets: “revitalization.” Kettering has the budget discipline to do this; whereas first suburbs like Norwood spend too much on funding operations, thus shorting reinvestment. First suburbs need to treat revitalization as the third leg of the budget stool, along with capital and operations.

The case of Lockland, Ohio, is additionally illustrative. Lockland has owned a formerly polluted former mattress factory site of about nine acres along I-75 for many years. Had it been privately owned, the property would be developed today as a warehouse. But Lockland recognized that this site is the community’s one chance to get advanced manufacturing to add jobs and income taxes. By controlling the land, Lockland defends itself from a lesser land use the free market would generate today and controls the eventual outcome of this site’s redevelopment.

Similarly, the former city manager of Silverton, Ohio, negotiated a cashless land swap that gave an underutilized portion of a park to the local school system for a new school site. This resulted in Silverton receiving the 5.8-acre former school site, once the new school was built. It took five years for the new school to be opened, and in that time, Silverton assembled adjacent properties into a ten-acre site. Private developers would likely not have undertaken this assemblage. By amassing 10 acres—zoned and shovel-ready—Silverton attracted private partners who are now building a mixed-use New Urbanist redevelopment. The project will grow Silverton’s tax base 15–18 percent on a mere two percent of its land area.

The examples of several Southwest Ohio communities—Kettering, Lockland, and Silverton—show that first suburbs can intervene in and alter the real estate market. Assembling and controlling catalytic sites is the best way to correct the market failures that are occurring.

Aging housing is the most important driver of modest first suburban decline.6 As new homes are constructed, higher-income families buy them and leave behind aging houses for families with lower incomes. This is known as “filtering”.7 Mass-produced homes built right after World War II, lacking architectural diversity, are particularly prone to filtering. Over time, a once middle-class community becomes relatively poorer, and the homes sell or are rented to people with increasingly modest backgrounds. Since the Great Recession, real estate investment trusts have been finding ways to corporatize being slumlords, buying large quantities of modest single-family homes in targeted first suburbs to achieve efficiencies with property management.8

City managers in first suburbs must recognize that their existing housing stock is not going to improve with age. The first line of defense is property maintenance. The city of Cleveland Heights has one of the most progressive property management teams in Ohio consisting of rental registration, rental inspections, point of sale inspections, and foreclosure prevention programs. Cleveland Heights stays on top of its housing because it has seen what has happened in other nearby communities.

Most first suburbs are facing growing levels of poverty, and many new residents are either people of color or immigrants. Suburbanized poverty creates a geographic service gap between suburban poor residents and the social and charitable organizations that tend to be located in the central city. As a result, poor suburban residents struggle to access the support they need. The City of Springdale is working to connect their expanding low-income areas to downtown Cincinnati through better bus services.10 The City of Kettering has a senior services coordinator whose job is to connect seniors to service providers in the Dayton area, so seniors can remain in their homes. While most first suburbs are not geared to provide social services, the suburbanization of poverty means local government professionals need to improve our capacity to connect our residents to those who can help.

Of perhaps greatest importance is the need for city managers in first suburbs to spearhead community engagement to bring together increasingly diverse residents and forge community ties, especially in the midst of community decline. Cleveland first suburbs Shaker Heights and Cleveland Heights have been engaging with the local community for decades, welcoming diverse new residents. As leaders, we must create forums to foster greater dialogue, engagement, connections, and friendships across socioeconomic backgrounds. Your community’s future may well depend on it. White flight is still very much a reality and is the fastest accelerator of first suburban decline.

The decline of first suburbs has been a gradually building crisis, and a decade after the Great Recession many first suburbs are far from recovered. Reversing decline, or at the very least achieving a new level of stability, will take decades. But year after year, we can start to achieve the desired stability needed to help lift these communities.

Most city managers have the foundational tools and training to address the challenges of today’s first suburbs. What is needed is a new sense of urgency, good government guided by benchmarking, a focus on interventionist actions to correct market failures, a vision and plan to rebuild aging housing, and a commitment to inclusion. These are formidable tasks, yet we have no choice but to try to reverse this trend. 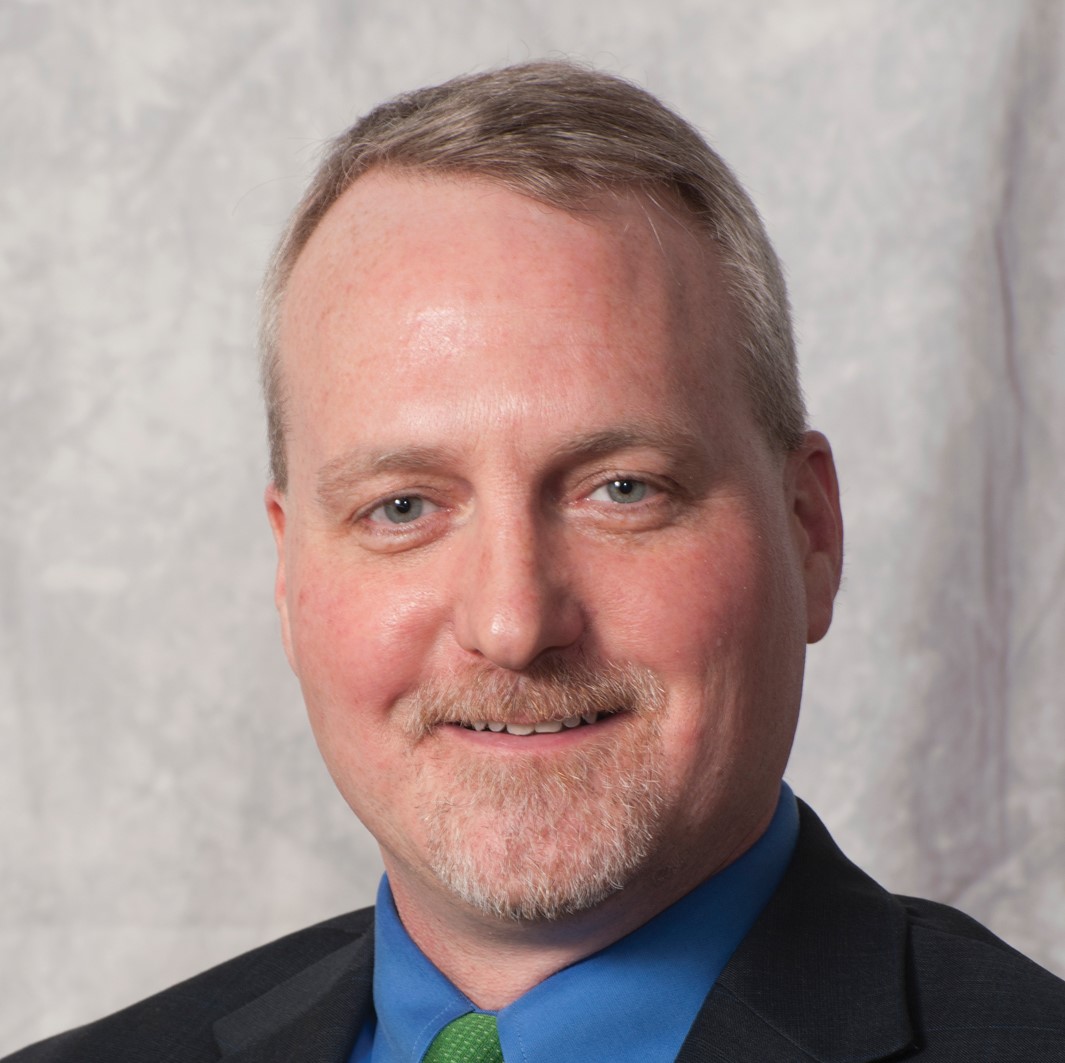 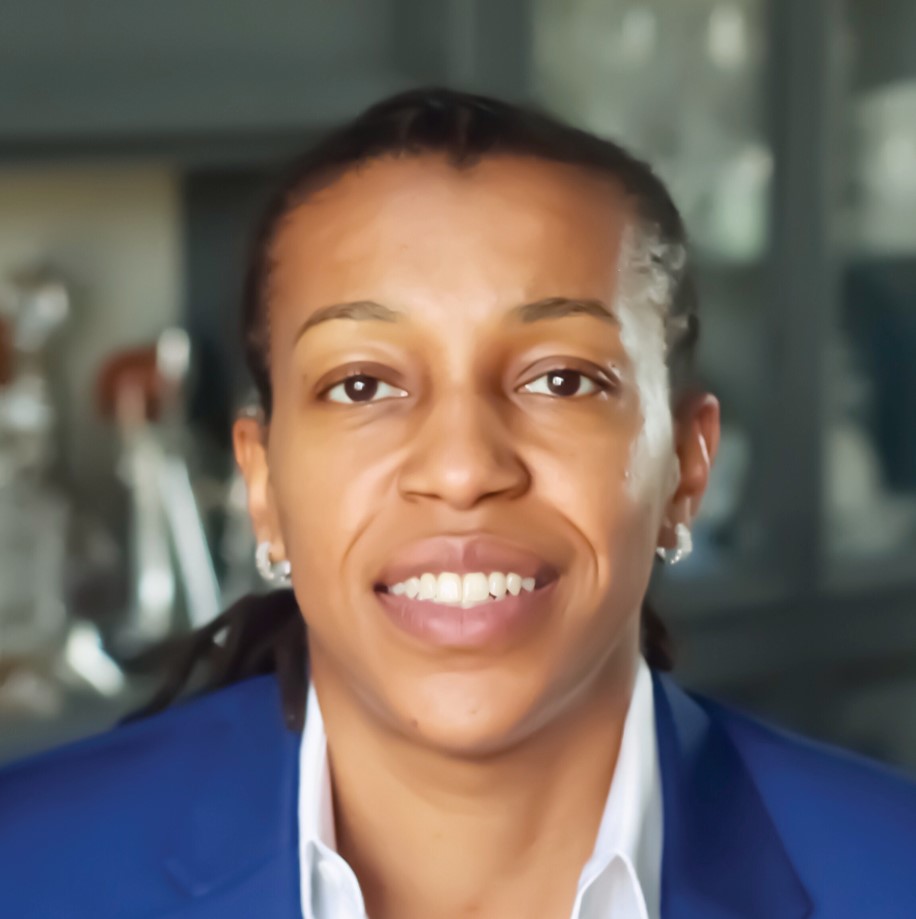 BRANDI BLESSETT, Ph.D. is an associate professor and director of the Masters of Public Administration program, University of Cincinnati (blessebi@ucmail.uc.edu).

1 Hanlon, Bernadette. 2009. Once the American Dream: Inner-Ring Suburbs in the Metropolitan United States. Florida, Richard. 2017. The New Urban Crisis: How Our Cities are Increasing Inequality, Deepening Segregation, and Failing the Middle Class—and What We Can Do About It.

9 Cleveland State professor emeritus Tom Bier believes that huge quantities of first suburban homes are going to have to be torn down and rebuilt in the next fifty years. The authors certainly hope he is not correct in terms of scope.

Multipurpose, assessment, and cleanup (MAC) grants are an essential funding tool for local governments to kick start brownfields revitalization in their communities.

Arts, Culture, and Entertainment: Vital Sectors to Restarting Your Economy

While you are struggling with decisions on reopening your city, balancing public health and the economy, the arts can be your secret asset.