What Developers Really Want: An App Like Tinder for Brownfields

Having gone to college in the early 1980s, I clearly missed a number of amazing inventions that many current university attendees couldn’t have imagined living without—no smart phones, no laptops, no apps. In fact, I have been told someone invented an extraordinarily popular app called Tinder. Apparently, it works something like this: each party clicks on a profile, and if both parties like what they see, they begin to communicate and a deal is quickly consummated. (From what I understand, the deal can involve some pretty “interesting” situations.) I am not saying I approve, yet moral issues aside, you have to appreciate both the directness and simplicity of the business model! Both parties know exactly why they are there and exactly what they want from the situation. Wouldn’t it be amazing for both real estate developers and communities if brownfield redevelopment projects were that straightforward?

To approach the simplicity of the “Tinder for brownfields” business model, local government managers need to understand a brownfield developer’s base needs. These are the top three requisites that developers look for when deciding to apply for a brownfield redevelopment project.

ROI is the libido, the lifeblood, the driving force behind all “for-profit” developers’ natural instincts. Simply stated, every investor and lender will evaluate and balance the perceived risk and return in a redevelopment project to determine whether to pursue a transaction. Due to the increased costs—and often significantly expanded timeframe and complexity—of addressing environmental issues, regulatory uncertainty, legal issues, demolition, off-site groundwater concerns, and the like, brownfield deals are among the highest-risk real estate investments. Consequently, to attract risk-adjusted investment capital, assuming typical “greenfield” investment returns demand a 12 to 18 percent ROI, brownfield deals must deliver a significantly higher ROI (and equity multiple) to attract investment capital and to be economically feasible.

To contend with the increased risk inherent in brownfield deals, any mechanism which can be employed to decrease a developer’s perceived risk will help “consummate” a transaction.

Again, by definition, complex brownfield transactions often require expanded timeframes to successfully execute. Increasing timeframes will inevitably increase risk, while decreasing return, due to the time value of money. Therefore, anything developers can do to keep a project on time, not to mention on budget, materially impacts a developer’s potential returns and deal underwriting.

What Can Local Governments Do to “Satisfy” a Developer’s Base Needs?

Now that you clearly understand the developer’s most primal desires, what can every community do to satisfy those desires and maximize the chance for a successful outcome? Surprisingly, several of the most important actions won’t cost anything! All local governments, no matter what size or availability of resources, can take the following simple actions to maximize brownfield redevelopment success:

Engaged Leadership. The most successful brownfield redevelopment projects always have municipal champions. Engaging local government leaders at every level, to actively contribute to and promote a project important to the community, is a fundamental key to mitigating risk. Ask any successful developer whether they’re more willing to take on the risk of an important project if the developer is confident that local government managers will actively spearhead the project, side-by-side with the developer and the answer will be a resounding “yes!”

Quick Decisions. As previously described, longer timeframes associated with brownfield projects increase risk and decrease return for all parties involved. Therefore, articulating to the developer the local government’s willingness to make quick, yet pragmatic project decisions reduces project risk and potentially enhances return. Developers understand they must go through an appropriate bureaucratic process. However, knowing they have a partner willing to help, by making ethical and compliant decisions quickly throughout the development cycle, will maximize your community’s opportunity for executing successful projects.

OK, Not All the Best Things Are Free!

The foregoing discussion demonstrates that by adopting several approaches, brownfield developers will be substantially more likely to tackle a complex deal in their local community. That being said, the ability of local governments to provide or coordinate meaningful financial incentives, to offset the true increased costs and risks associated with complex brownfield deals, often tips the scales during the underwriting process. If your local government doesn’t have its own incentives, offer to help pursue other available regional, state, or federal enhancements. Remember, brownfield projects are by definition at the high end of the real estate risk and return spectrum. To address all developers’ base need for risk-adjusted returns, and simply to attract investment capital, they must make a business case to debt and equity providers. Consequently, if you want developers and their capital providers to tackle a complex redevelopment project, the ability to provide meaningful financial incentives obviously goes a long way toward success.

A New Era of Candor

Like it or not, we are all living in a new era, driven not only by technology, but also by the desire for more transparency. In that vein, it likely comes as no surprise that the search for ROI is fundamental to all development projects—particularly brownfield redevelopments. Adopting the right attitude to facilitate these higher-risk infill projects does not necessarily need to cost enormous sums of capital. Local governments must simply decide to spend both the effort and energy to make deals happen.

Revitalizing Communities: Why Do Brownfields Matter?

The Music City Miracle: Growth and Redevelopment of Nashville, Tennessee 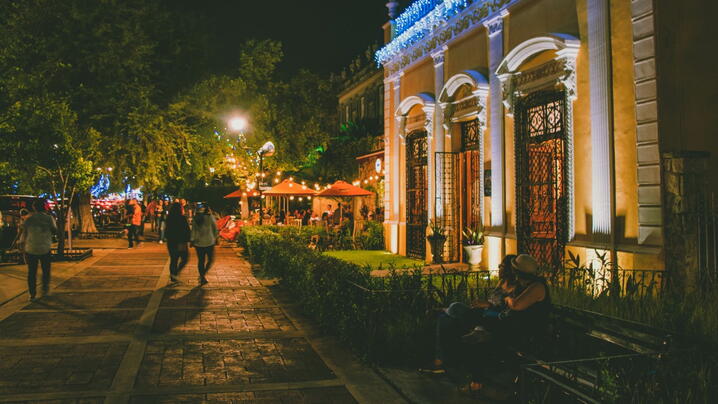 Creating a “Life at Night” Plan for Your Community: A Three-Step Guide

Effective nighttime planning, tailored to both local challenges and opportunities, is key.