While professional management can be implemented in any form of government, the council-manager (C-M) form is a system of government that strategically limits undue political influence in the operation and administration of government while strengthening the power of the elected body who represent the interests of the people.

One issue that is often raised by those advocating against the C-M form and instead vying for elected politicians to serve as the chief executive of government (typically in the form of a mayor or county executive) is the notion that “city/county managers are unelected officials with the power to operate independently from the will of the people.” However, in a C-M system, the manager/administrator is appointed by the council (who are the elected representatives of the people) and is beholden to achieving their goals and outcomes.

What is imperative to ensuring effective and efficient government operation then is not the question of power, but rather the question of authority. If we understand “authority” to mean the responsibilities given to individuals in order to achieve the objectives of government, then managers/administrators have significant authority within the constraints placed upon them by the elected body, though their power is rather limited.

Despite not having authority in determining policy decisions, managers/administrators have professional knowledge and experience in how policies might impact the community. Councilmembers rely upon that expertise to help shape, strengthen, and inform their decisions from the dais. Likewise, elected officials have unique perspectives and a clear understanding of the needs of their constituents. They serve on local and regional commissions and committees and have insights into the types of policy decisions that may be effective. They have their own professional backgrounds and are a valuable resource to help inform operational and administrative activities.

And so, professional managers and elected officials work together to identify the needs of the people, set goals, and develop strategies to address those needs. In this way, policy and administration are not separate functions of government with hard lines between elected leaders and professional managers. Nor is administration and policy a separation of powers. Rather, the council-manager form of government recognizes the power of the people rests in the hands of their elected representatives and should not be divided if government is to best serve the needs and interests of all people. Instead, the final decision-making authority is divided between administration and policy to ensure that government is effective, efficient, and equitable for all.

Generally, the manager/administrator and the elected body work collaboratively and are in agreement in the path forward. However, there are times when the professional recommendation of the manager/administrator and the elected officials’ recommendations or preferences are in conflict. These moments of conflict are why the delineation of authority is imperative.

Because the goals of government must align with the political will of the people, the elected body must have final say on what the policy and outcomes will be. Yet, the administration of government is about achieving those outcomes, and the manager/administrator is evaluated based on the ability to achieve the goals and outcomes of the elected body. They are hired to perform the duties set forth by the elected body, and they can be fired at any time if they fail to achieve the expected results. And so, the manager/administrator must have authority to determine how to operate government so that they can be held accountable for the outcomes.

In the end, the C-M form of government ensures a strong representative democracy where all people, regardless of political affiliations, have equitable access to the programs and services offered by their local government. They are assured that a professional with the knowledge, skills, and abilities to achieve desired outcomes is responsible for the day-to-day operations. 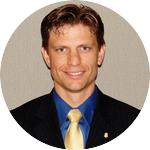 Council-Manager Form of Government: What it is, how it works, and the benefits to your community (brochure)