How to Engage Your Community with Social Media: A Q&A with Citizen Engagement Officer Timothy Martin

Citizen engagement officer and social media expert Timothy Martin is on a mission to engage with as many Roanoke, Virginia, residents as he can. And with 60 social media pages that equal to more than 190,000 followers, he must be doing something right considering that the community has just a little under 100,000 residents.

The success of Martin's efforts haven't gone unnoticed. Governing, GovTech, and ELGL are just a few organizations that have recognized the great efforts of citizen engagement in Roanoke. So what's the big deal? According to the June 2017 special section of Local Government Review, the benefits of engaging residents and other stakeholders in community building are significant: engagement can increase understanding, create better and more sustainable decisions, and build trust. It can also build better, more cohesive communities and improve resident satisfaction.

The ICMA Innovations and Emerging Practices in Local Government Survey 2016, conducted in collaboration with Arizona State University and the Alliance for Innovation in April 2016, asked CAO respondents to rate the extent to which they use 16 different engagement tools in their jurisdiction, on a five-point Likert scale with these response options: never [1], rarely, moderately [3], regularly, frequently [5], and don’t know. Findings found that social media is the third most frequently used citizen engagement tool by local governments. 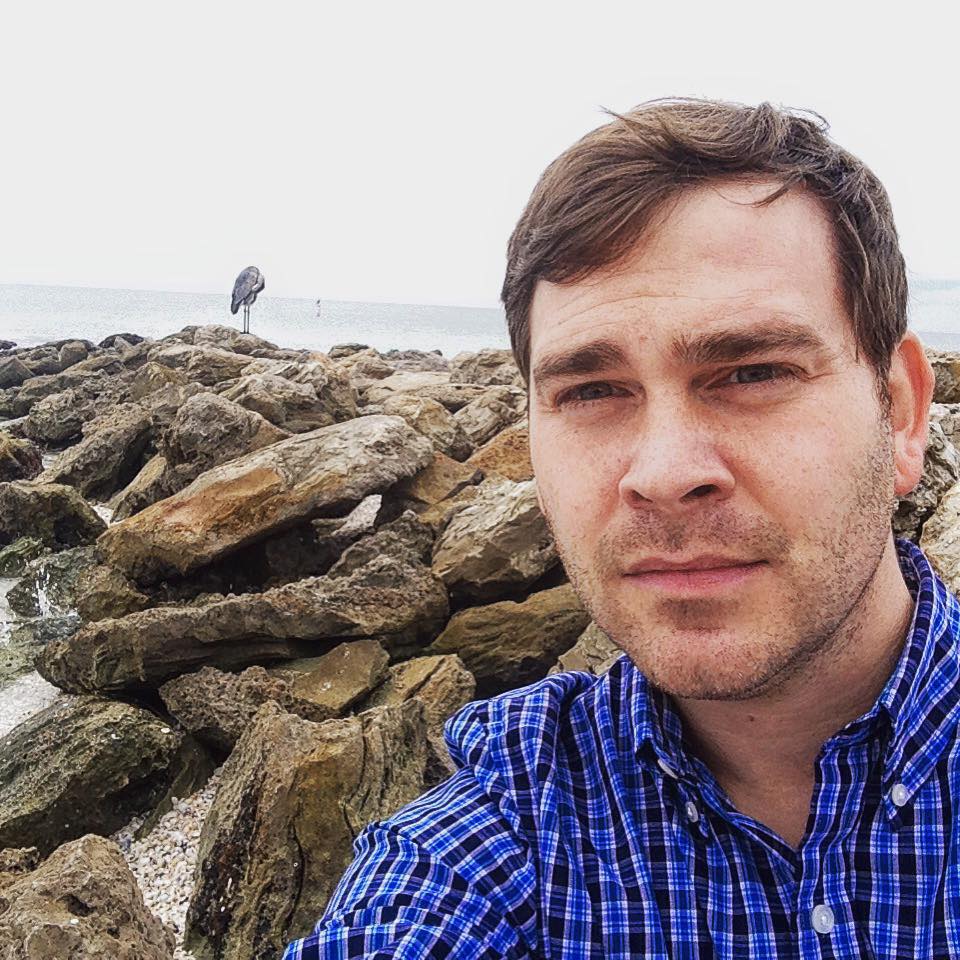 ICMA: The Office of Citizen Engagement is a new department for the city of Roanoke – why the new approach and what is the department’s guiding principles?

Martin: Because of the city’s previous success on social media, the Office of Citizen Engagement was created to bring government and citizens together to foster collaborative conversations, build positive relationships and create new and innovative ways to get citizens involved. Through the use of social media, other digital platforms, neighborhood collaboration, customer service, public outreach, and other special projects, this office provides a one-stop-shop for engaging with the public.

ICMA: What role does social media play in Roanoke’s citizen engagement strategy? Do you use it as a news tool or a way to hear back from your residents?

Martin: Social Media plays a crucial role in citizen engagement. On our main city pages, we use social media to promote the city, inform the audience, and engage the user.

We promote the city by showcasing citizen photos of the beauty of Roanoke. Over the last 4 years, we’ve received more than 8,000 photos from citizens. These photos have resulted in millions of likes, comments, and shares.

We inform the audience by posting important updates from departments across the city. But we’re not just posting text and hoping someone reads it. We’re using visuals or utilizing live video to reach as many users as possible.

Everything we do is about engagement. We recently utilized all of our main social media pages to seek feedback in the search for a new city manager. During the month of April, the Office of Citizen Engagement gathered feedback from more than 800 people. During a city manager search in 2009, only 80 citizens participated.

ICMA: You currently have up to 60 social media pages that equal to more than 190,000 followers to communicate with residents. How do you manage them all with such success?

We also have in place an internal social media awards program to encourage creativity. Each month we send out a monthly newsletter to social media managers with important information related to Facebook, Twitter, Instagram, etc.

While some local governments like to have strong control over all platforms in the city, we’ve created policies designed to give departments the flexibility to be creative. This doesn’t jeopardize the city’s brand or messaging.

We use our main pages to focus on high-level department information, and let the department pages take a deeper dive into the conversations related around various department topics.

ICMA: Is there a formula/technique that always works for you socially? More shares on Twitter versus Facebook? Or vice versa?

Martin: Understanding social media algorithms is important. On Facebook, wording, visuals, and timing matters. It’s not as simple as posting a link back to your website and you’re done. In fact, I would urge against something like that, because Facebook tends to limit the reach on posts outside of Facebook. Is your goal to reach as many people as possible or increase website hits? In today’s world, it should be the first one.  Video is also driving the way right now on Facebook. Local governments that aren’t utilizing Facebook Live are missing a key opportunity to engage with citizens like never before. Facebook pushes live video out to more citizens. Our live broadcasts of city parades have reached hundreds of thousands of users across the world. In May, our live coverage of a bear in a tree by City Hall reached 600,000.

On Twitter, we’ve found that humorous GIFs work really well. We are a government that isn’t afraid to use humor to our advantage. Humorous posts on Twitter tend to get a lot more retweets. It’s also a great way to bring a new audience to your page that may not realize their government is actually cool.

ICMA: On occasion, communities have to respond to bad news via social media. What is the Office of Citizen Engagement’s approach on issues and controversial events?

Martin: If your citizens are talking about it on social, you should be acknowledging it as well. In November of 2015, the city’s former Mayor made national headlines when he compared the keeping Syrian refugees from entering the United States to the effort of internment of Japanese Americans in camps during World War II. This created national headlines. We didn’t hide from this or go silent because of this. When City Council held a special meeting for citizens and Council to express their opinions on the Mayor’s comments, we broadcasted it live via Twitter.

ICMA: There are new forms of social media popping up all the time – what are you looking to tap into next to engage more with residents?

Martin: We’re looking to push NextDoor right now. I see this platform continuing to pick up steam. In the last month alone, 1,000 new citizens have signed up in Roanoke. NextDoor allows us to engage with targeted sections of the city on topics that are important to them.  If paving is taking place in one neighborhood, the entire city doesn’t need to know that, only that neighborhood and maybe the surrounding ones do. It also allows us to reach an audience that may not be on Facebook, Twitter, Instagram, etc. with messages that we know will reach the citizens that are signed up. NextDoor posts go out to everyone, unlike Facebook posts which only land on about five to 10 percent of timelines.

Also, as I mentioned earlier, live video is leading the way. We try to go live whenever possible because on Facebook especially, live video is pushed out to more users than a typical post. Live video also tends to lead to more likes, comments, and shares. When we have an important message to get out, this is no doubt the way to go.

ICMA: We’re seeing more and more that social media advertising is a great way to communicate with residents who may not know about community happenings. How are you using advertising to engage?

Martin: Facebook advertisements continue to lead the way in terms of the best bang for the buck. We use social media advertisement to generate overall page likes because it’s important to continuously build the audience. Posts boosts are also very effective across all department Facebook pages. I’ve been very pleased with Lead ads too. This allows us to build a database of e-mails or find people interested in specific topics or programs in the city.

ICMA: Any advice for communities who are looking to tap into social media advertising and how to budget for it?

Martin: We use social media analytics to ensure that we’re maximizing our engagement efforts online. We also study what posts do well and why. We try to repeat our successes as much as possible. We don’t just want people to see our posts; we want them to engage with them through likes, comments, and shares. That’s what I’m focused on. This allows our content to be pushed out to more users and begins a conversation with the ones who have written on the post.

ICMA: Many small communities are interested in social media but may not have the full bandwidth to have a team dedicated towards it. What advice do you have for them?

Martin: It’s important for local governments to understand that it’s not one size fits all. What I mean by that is what we’re doing in Roanoke isn’t exactly what other local governments should or can do. Pieces of what we do and what other local governments do can help as you figure out your social path. Remember, every community is different with different needs. It’s important to find out who your community is before you start creating channels that you think they’re on. Also, don’t create pages just to create pages, make sure you have an audience for each page. In a town of 5,000, you don’t need dozens of accounts.

To learn more on the impacts of social media on community engagement, download LGR: Local Government Review. This special section of Public Management (PM) magazine is offered to ICMA members as a member benefit.

Not an ICMA member? Purchase copies of this special section from ICMA’s online bookstore.

A Philosophical Look at How Best to Navigate the Online World [PM Magazine, April 2020]

A Closer Look at Cannabis in Juneau, Alaska

An Emerging Market in a State with a Long Cannabis History [PM Magazine, April 2020]