Congratulations to the winter 2021 awardees of the Local Government Early Career Service Certificate!

Congratulations to the winter 2021 awardees of the Local Government Early Career Service Certificate. This certificate, launched in May 2019, is for graduating MPA/MPP students who have completed extensive projects for local governments. It also recognizes graduating students in good academic standing who have gone above and beyond the requirements of their degree programs and displayed a commitment to local government service. Students receive the certificate based on nominations submitted by their ICMA Student Chapter faculty advisors at the end of each academic semester. 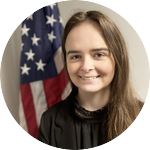 Haley graduated from the University of Texas at Arlington in December 2019 with a B.A. in communications, double majoring in advertising and public relations. She graduated from the University of Texas at Dallas with a master of public affairs degree, with an emphasis in local government management. She currently works as a community engagement specialist at the Town of Prosper. Haley’s long-term career goal is to become an assistant city manager or city manager. 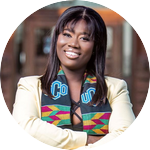 Fortune is originally from Ghana, West Africa. She received her bachelor's degree in economics, political science, and public administration from Osmania University in India, and recently graduated with a master's in public administration with a major in urban management from the University of Central Oklahoma. She intends to go back home to make a difference in her local community, Danfa in Accra-Ghana, by improving the quality of life of young girls in terms of good menstrual hygiene and education. She believes this good work will further deepen her understanding of public administration and urban management. 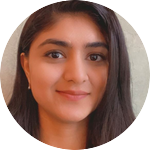 Dipal is from India where she received a B.S. in physics and served as a tribal development officer and an executive magistrate at the Statue of Unity. She believes that public services can serve the most remote person, which is what motivated her to start her career in public administration and graduate from the University of Texas at Dallas with an MPA in December 2021. Her goal is to serve the community by working in the public or nonprofit sector.

SeLena is originally from Austin, Texas, and traveled a bit before moving to Dallas 5 years ago, where she received her B.S. in public affairs in 2019 and then her MPA in fall 2021, from the University of Texas at Dallas. She is currently interning at the U.S. Environmental Protection Agency, working on the upcoming National Brownfields Conference to be held in Oklahoma City in August 2022. 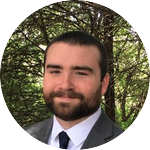 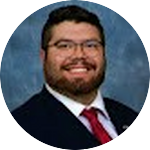 Kevin Andrew Moody Jr. is from Locust Grove, Georgia. He is a two-time graduate of the University of West Georgia, were he earned a B.S in political science, an M.P.A., and post-baccalaureate certification in GIS.  During his time at the University of West Georgia, he was a founding father of the Theta Phi Chapter of Alpha Sigma Phi, a member of the Pi Sigma Alpha Political Honor Society, and the founding member and first president of the university’s ICMA Student Chapter. 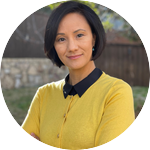 Elaine is a first-generation college graduate who earned a bachelor’s degree in management information systems (MIS) and marketing from the University of Calgary, Canada. She is graduating with a master of public administration degree from The University of Texas at Dallas. After graduation, Elaine hopes to work in project management and strategic planning for the public sector.