This is a post by David Rubin, GISP | GIS Analyst for the City of Fort Lauderdale

When we were asked by ICMA to go to the City of Legazpi, our goal was to educate and assist the GIS staff of the City of Legazpi, Albay Philippines about Sea Level Rise (SLR) and the effects on their coastline.  The main objective of the collaboration between our teams was to discuss the use of GIS technology in assessing SLR and its potential impact on the coastal region of the city.

The City of Legazpi presents some unique challenges to the issue of SLR.  By referencing the National Oceanic and Atmospheric Administration (NOAA) Tide& Currents website, the teams were able to look at Mean Sea Levels Trends (MSLT) identified by the global tidal stations.  Luckily, we were fortunate to have data from the one station located along the coast of Legazpi, Philippines.  According to the website data, the global Mean Sea Level Trend (MSLT) is 3.2 mm/yr compared to the 5.38 mm/yrMSLT for Legazpi, Philippines.

In our discussions about how to understand and make use of this data, it appeared that the City of Legazpi staff had not seen this specific data set before.  We collaboratively explored the potential conclusions that can be drawn from this data and brainstormed how they could use this data, along with other data they may collect, to understand and respond to SLR in their region.

Why is there such a great difference between the SLRT at Legazpi and that of the global average?

The region is effected by two natural forces, SLR and plate tectonics.  Legazpi City also partially contains the Mayon Volcano, which is located on a convergent boundary between the Eurasian and Philippine Plate. The Sunda Plate is being forced down through subduction around the perimeter and the weight of the magma from the Mayon volcano.  Mayon is the most active volcano in the Philippines, erupting 47 times in the last 400 years. The first recorded eruption was in 1616, and the last major eruption was on October 1st, 2006.   During our stay in Legazpi there was a 6.2 magnitude earthquake approximately 175 kilometers northeast of Legazpi(14.23°N, 124.75°E). I felt the effects of the earthquake for about 5 seconds at our hotel.

Our Conclusions and Recommendations

Although we were not able to complete SLR analysis due to lack of elevation data (x,y,z).  We were able to review andmake recommendation based on the data city staff provided.

The city had already created flood plains and land use maps based on existing flood plain, slope, land use and road data.It was recommended that the staff create a data layer containing city building and emergency facilities (Police, Fire & Hospital).  With this information, the staff would be able to determine if any of the facilities are in regions prone to flooding.  Also, we reviewed the need to update the aerial photography to observe economic and physical changes to the region. Some of these changes, such as new construction and changes in the coastline, were observed in comparing the 2008 aerial to the 2014 aerial from Google Earth and BING.

Lastly, we discussed the advancements in GIS software and recommended that the city upgrade from the current GIS program they are using, Manifold GIS Software, to ESRI ArcMap and available extensions.  Specifically, we introduced the city staff to the NOAA Digital Shoreline Analysis System Tool (DSAS), which allows the user to track changes on the coastline and to the eCoastal Package, designed to address the needs of coastal engineers.

Overall, the trip to the City of Legazpi was a success in that it allowed the exchange of ideas on the use of GIS in estimating and planning for SLR and coastal change.  The staff and government officials of the City of Legazpi were tremendously gracious in welcoming us to their home and teaching us about their unique environmental factors and coastal management issues of the present and future.  We appreciated their hospitality and the opportunity to learn how a different city manages their data collection and GIS applications.  In return, we were able to inform the staff of new advancements in the GIS software and encourage them to expand their use of GIS to allow for more comprehensive SLR planning.

I would personally like to thank ICMA, Jessica Cho, Nancy Gassman of the City of Fort Lauderdale and the entire GIS staff in the City of Legazpi for this opportunity. 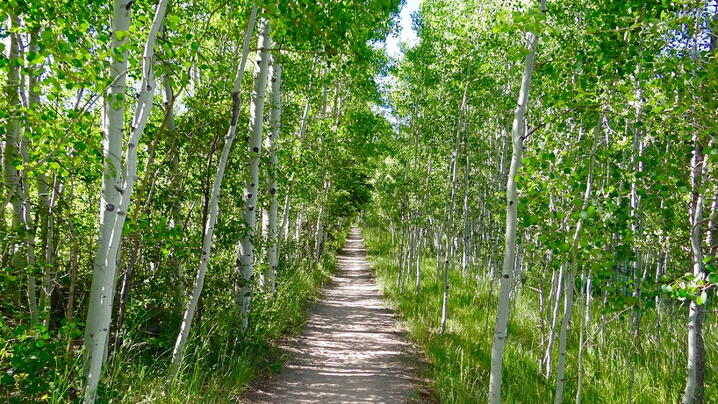 In 2021, Aspen will update its CAP for the third time since the plan’s inception in 2006. This time around, Aspen will follow the example of cities that are leading the way by centering the work of climate planning in equity principles.