How Opportunity Zones Are Working in North Miami

The question for municipalities is how to get your town to the top of the heap for Opportunity Zones.

Opportunity Zones, the new economic development program created through President Trump’s Tax Cuts and Jobs Act, have caused a bit of a frenzy, not just for investors seeking big tax savings, but also for municipalities seeking to lure capital to economically stressed areas.

In Florida, some 427 Opportunity Zones submitted by then-Governor Rick Scott were approved by federal regulators. Here in North Miami, development officials tracked the progress of these potential zones while they were still being advocated in Congress. After passage, contacts continued with Scott, who solicited input from municipalities about which census tracts should be selected.

Oddly, however, some neighboring communities did not take advantage of giving input into the certification process, and now are scrambling to deal with the zones as mapped out by the state and federal officials. You can find a map on the U.S. Department of the Treasury website.

The zones offer truly fantastic tax savings, but the window to make maximum use of them will start shutting soon. If you don’t know much about them, here’s why you should.

These zones have spawned a whole new industry for investment funds because of the almost fantastic savings they can provide.

Consider: an investor with big gains can avoid (technically, defer) those gains if local investment is made before the end of the year – and that deferral can last for years. There is a 10 percent break if the money is invested for five years. The break climbs to 15 percent if the money is invested for seven years. But the biggest payoff is this: gains in the Opportunity Zone are tax-free after 10 years. So, these “gains on gains” could lead to massive tax savings for the right investor and municipality. And all of this is on top of other tax and financial incentives.

In fact, some cities in Kentucky and Ohio have gone so far as to offer full prospectuses. In North Miami, city staff worked with specific groups of investors to identify new construction, mixed use, and transit-oriented areas. In particular, one of the approved zones overlaps with a newly designated Chinatown district. This planned development initiative is intended to create a themed, highly walkable, mixed-use area that builds on a partnership with the Florida International University’s Hospitality programs in China.

Investment brokers are making heavy pitches to investors. The pages of the New York Times, the Wall Street Journal, and Forbes all have documented the various enticements.

The question for municipalities is how to get your town to the top of the heap.

A study by the Center for Real Estate and Urban Analysis by the George Washington University had some good news for Florida, compared to the rest of the nation. The Sunshine State, generally, is in the top 10 percent of Opportunity Zones when researchers ranked them for walkability, job density, housing diversity, and distance to a “top 100” central business district.

The authors of this study theorized that areas most attractive for Opportunity Zone investors will also need to focus their recruitment efforts on ways that promote “smart” investing, with differing approaches depending on a city’s mix of equity and risk. 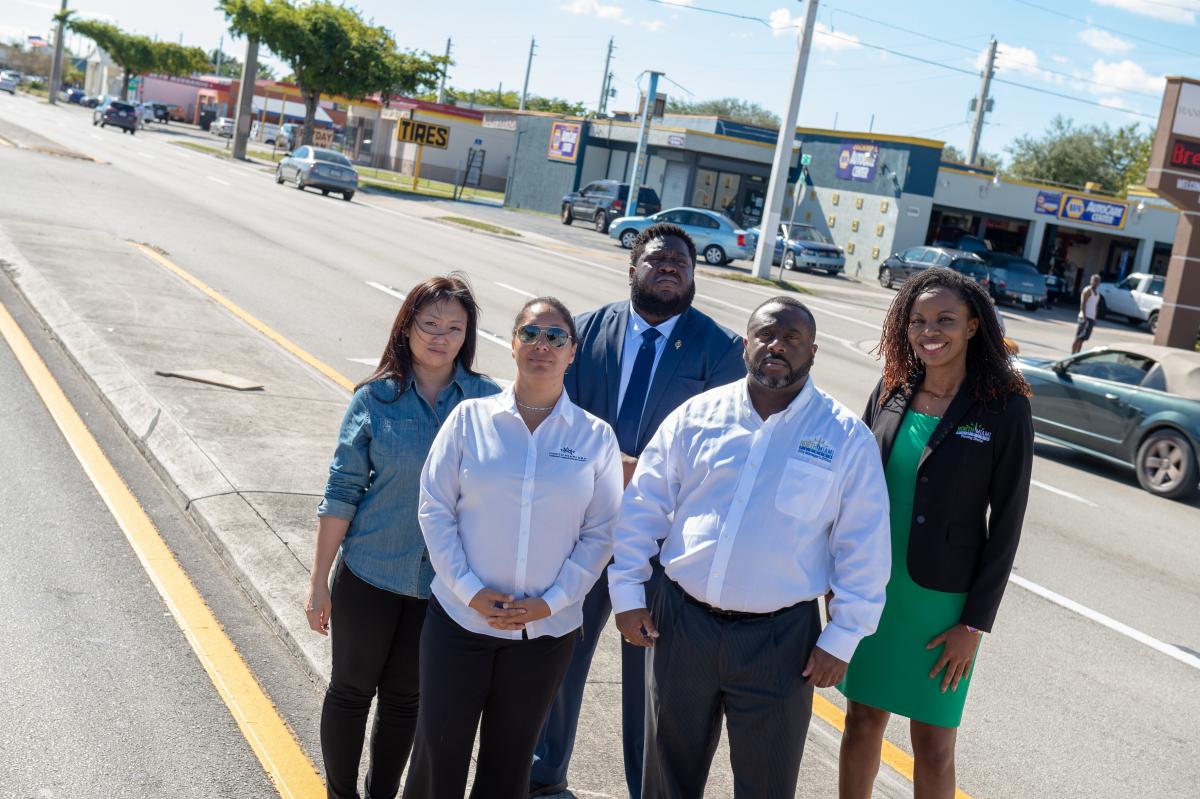 For example, the Miami Midtown area, not far from North Miami, was among the top in the nation for office and retail product types.

The authors say a number of objectives should be considered when persuading investors to make a commitment to a locality. Using New Orleans as an example, authors Christopher Coes and Tracy Hadden Loh wrote that despite the fact that this tract is home to government buildings, a medical school, and even the Superdome, it still has struggled to develop affordable housing and was inaccessible to the rest of the region.

They suggested this set of policies to leverage the capital investment from Opportunity Zones:

In many ways, North Miami’s goals have mirrored this set of objectives, which are designed build community equity.  The city is “upzoning” -- allowing higher density, with stormwater and other infrastructure investments to make for a faster, surer development process.

Critics of the Opportunity Zones have lamented the lack of clear guidance for investors and municipalities. Indeed, if the tax savings lure even half of what the Economic Innovation Group says is more than $2 trillion in unrealized gains, the results of such a mammoth capital infusion in the nation’s economically stressed areas is unpredictable:  It amounts to an unprecedented experiment in community redevelopment.

Municipal leaders, along with these investors, are the experimenters. It is up to cities and investors to see what will come of it.

Other Resources on Opportunity Zones for City and County Managers

The Opportunity Zones program has spawned a cottage industry of consultants, “thought leaders,” web sites, and other sources of information and expertise. With this on-line resource page, ICMA will provide the best information possible to help ICMA members navigate the Opportunity Zone process.

Attending but unprepared for ICMA conference? Listen to a quick preview from the planning co-chairs plus ICMA's own local Ohio-expert, now or even on your way to Columbus!