A Philosophical Look at How Best to Navigate the Online World [PM Magazine, April 2020]

In ICMA’s 2020 Vision report, I wrote the following prediction about social media as a potential threat to democracy1:

Without local experimentation, social media will become a toxin in our soupe du démocratie. Misinformation and manufactured “truths” will infect communications on social media. Vitriol and childish rhetoric will spew from online personalities of individuals and institutions who should be above such antics. Local governments will be forced to do one of two things: invest in and experiment with approaches to speak truth to the powerless or stop using social media, including information sharing, so as not to be a party to the maintenance of platforms that threaten democracy. The first is essential; the second may be necessary for some.

Online tools have propelled human relationships in new directions, creating connections between people and across places in ways once unthinkable. From early static websites; providing information to large numbers of people at a relatively low cost, to email communications enabling rapid correspondence, to social media facilitating rapid sharing and mobilization of people and ideas, and to virtual reality and artificial intelligence that challenges human assumptions of truth and existence—technologies have reshaped the social plane.

Within government, the early years of internet use in popular culture for business and entertainment were characterized as a revolution that would transform government–citizen relationships. Observers considered the shrinking distance between government officials and citizens would result in increased dialogue, engagement, and rational discussion on complex policy matters.

This idealized vision has not come to pass, but emerging technologies have transformed opportunities for citizens to find each other, mobilize those with similar perspective, and even to conduct protests and demonstrations in the cyber world. Online tools and specifically social media can be both facilitators of socially positive action that can facilitate stronger relationships between citizen and government, as well as of socially destructive action where governments can lose control of messaging and struggle under the weight of rapid sharing of information or misinformation.2 As easily as the online can be used to organize and mobilize, it can also be monitored, censored, and pathways blocked (or not used) by governments to limit communication that might threaten trust and stability in government or underlying democratic institutions.

This is the context for the choice faced by local governments, as identified in the ICMA 2020 Vision statement: Experiment to use social media for positive democratic ends and laudable democratic outcomes or leave social media to maintain democratic legitimacy and soundness.

If local governments choose the path of experimentation, there are some criteria to consider: allows openness of expression, encourages transparency in identity, facilitates communal understandings of societal condition, and protects against manipulation of people and processes through dissemination of false content. The ideal system is likely to be a hybrid between the watchful Society enacted through panoptic mechanisms, and unfettered expression that allows shadows to be cast on walls all around us as in Plato’s cave. The ideal system in a democratic society is a rather unsteady bridge between the panopticon and the cave, between full openness and strict social control. To experiment requires investment and awareness of the unique technological and psychological challenges on the path.

According to philosopher Michel Foucault, within a panopticon, the individual is “seen, but he does not see; he is an object of information, never a subject of communication.”3 The idea is based on an architectural design of a prison by philosopher Jeremy Bentham: Within a cylindrical structure, a central guard tower stands tall allowing guards to watch all prisoners without their knowledge of being watched. The fear of being watched at any time promotes good behavior. In the online world, the individual can be seen, but he also might see. Online users can monitor, but they are also potentially monitored. None are quite sure who is being watched by whom or when.

The issue here is a fragmentation of the self, such that an individual consciously hides part of his or her identity from all or some people within an online social network, which then further differentiates from the whole identity of the person portrayed in the offline environment. To say this in terms not linked to technology: an individual may present a different identity in their workplace compared to their identity during weekend partying, as further compared to their identity with family. Online, a person can choose to reveal parts of themselves selectively in the same manner, and perhaps with greater ease, based on the context and networks with which they are interacting.

On its own, viewing and treating online spaces as a panopticon, or like a panopticon, is damaging to both stability of governance and ideals of democratic discourse. There are two issues of concern: (1) the panopticon itself may be a faulty device for monitoring online as anonymity threatens ability to control, and (2) it might simultaneously enable, given the risk of being monitored, the rise of greater anonymity and less transparency of identity. Local governments must develop and test approaches that reduce the threat individuals might feel of being known. Using online tools that require registration and self-identification is one approach, but doing so risks reducing the number of citizens who engage in online spaces, though potentially increasing the quality of that engagement.

Imagine human beings living in an underground, cave-like dwelling, with an entrance a long way up, which is both open to the light and as wide as the cave itself. They’ve been there since childhood, fixed in the same place, with their necks and legs fettered, able to see only in front of them, because their bonds prevent them from turning their heads around. Light is provided by a fire burning far above and behind them. Also behind them, but on higher ground, there is a path stretching between them and the fire. Imagine that along this path a low wall has been built ... [Also] imagine that there are people along the wall, carrying all kinds of artifacts that project above it ... [the] prisoners would in every way believe that the truth is nothing other than the shadows of those artifacts.4

There are important differences beyond the origin of the light in the casting of shadows between the cave or social media wall. For one, the individual stuck in the online “cave” is not a prisoner; they have freedom to move. Second, the people outside Plato’s cave who are casting the shadows are not intentionally seeking to deceive. In the online space, those who are casting shadows may actively be seeking to change perceptions of societal reality. This can be seen from the relatively small and broadly inconsequential individual sharing of only happy news about one’s life to persuade the social media captive audience that one’s life is perfect—one’s “highlight reel.” It can also include the highly consequential sharing of “fake news,” doctored media, and outright lies that seek to change perceptions of societal reality, which can then translate into offline decisions including for whom to vote in an election and whether to join a protest.

The social media or online cave has a foundation of the people’s ignorance and emotionality, or, stated differently, manipulability. Just as a prisoner who is locked and constrained in his or her movement, an individual bound to social and online means of information acquisition is limited in seeing beyond this reflection of the world. Individuals become addicted to shortcuts for receiving information upon which their decisions are made—a cascade of ignorance.

Paradoxically, the social media or online cave exists and is able to maintain existence largely because individuals are free. The absence of regulation on who or what, in the form of bots, can post ideas and reactions online enables deterioration of an individual and collective’s ability to distinguish the real from the fake, or the light from the shadows.

On one hand, then, we have a panopticon that might facilitate stability in governance through social monitoring, but threatens authentic dialogue for democratic discourse, and on the other, we have a cave that paradoxically allows for unfettered communication and expression but, due to human psychological tendencies, hastens the reification of the fake, bolstering of societal divisions, and deterioration of democratic discourse.

Facebook is seen as the most popular social media tool for individuals and organizations alike. Government officials started using it to be where the people are and to have a quick and relatively low-cost way to communicate important information to citizens. Using a tool because it is where the people are calls to mind the parental advice to teenagers around the world: If your friend jumped off a bridge, would you do it, too? Setting aside that many people actually might, particularly if it was streamed live on Facebook, the sage advice misses an important question. Why are they on the bridge in the first place? The bridge here is the same bridge previously described for managing social media—an unsteady bridge between the cave and panopticon, between full openness and strict social control.

Andrew Marantz wrote in a recent column for the New York Times: “Having spent the past few years embedded as a reporter with the trolls and bigots and propagandists who are experts at converting fanatical memes into national policy, I no longer have any doubt that the brutality that germinates on the internet can leap into the world of flesh and blood . . . Noxious speech is causing tangible harm. [Thus, we must ask] what should we—the government, private companies, or individual citizens—be doing about it.”5

One answer to his question could be to simply leave. Until social media companies seriously engage in discussions and planning to prevent democratic harm, governments, universities, nonprofit organizations, and citizens who care about democratic values might best abandon these tools and not contribute to their destructive tendencies by giving them more audience. Perhaps it is the time, in the absence of resources to experiment, to jump off the social media bridge.

Experiment with caution and full investment of resources or leave social media. This is the choice in 2020 and beyond for local government. If the choice is to experiment, governments will find support at Schools of Public Administration; if the choice is to leave, none will look negatively and will support digging deeper on other forms of engaging with the public, including online participation tools that align more with democratic ideals.

3 Foucault, Michel. 1977. Discipline and Punish: The Birth of the Prison, trans. Alan Sheridan. 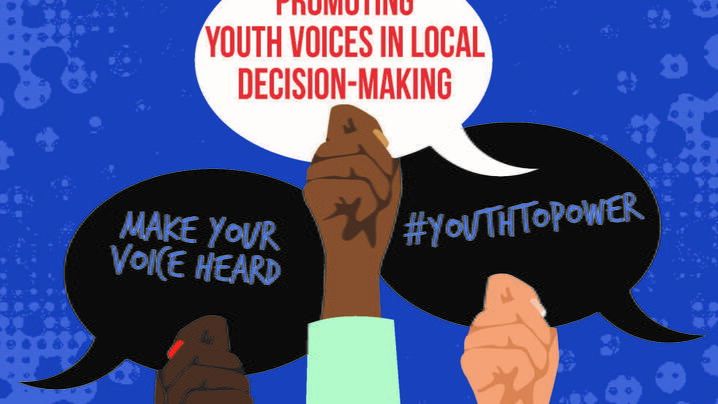