This is the last article in my six-part leadership in local government series. My advice to anyone on their leadership journey is to listen and learn from what you hear and read about leadership; however, make sure you integrate your learning with your own style and personality. While you can learn from others, you must develop your own leadership style (see article #5), which keeps you true to yourself.

Gandhi’s form of leadership, which led India to break away from Great Britain’s colonization, was very different from Caesar Chavez’s and Dolores Huerta’s leadership as they jointly led farm workers to have a stronger voice and power. Martin Luther King Jr.’s form of leadership, which led to long-overdue civil rights legislation, was very different from Harriet Tubman’s style, which enabled slaves to escape from the south. Jacinta Ardern, the prime minister of New Zealand, and Angela Merkel, the chancellor of Germany, both well-respected leaders of their countries, have significantly different leadership styles from many other world leaders around the globe.

Each leader mentioned here has been described as someone who:

• Engages the heart and shows empathy.

• Refuses to accept the status quo.

• Acts on their highest values.

• Paints a vivid picture of a better tomorrow.

• Is determined, yet agile.

Being Liked versus Being Respected

Leaders want to be liked as much as anyone else; however, leaders know that to lead and make major changes will cause some people not to like them.

A common fear is that if we take bold action, employees won’t like us. To help overcome that fear, leaders stay focused on being respected. You can do something that people don’t like, but those same people will respect you if your change process is grounded in your values, including empathy and equality.

Effective leaders are usually liked and admired, but their bottom line is to be respected.

What’s in a Name?

Words, names, and titles have powerful consequences. This is not only true around issues of gender, race, and religion, but is also true about how organizations and bureaucracies affect leadership.

In our profession we designate those in authority with titles such as city manager, town manager, county administrator, or assistant city manager. I was a city manager for 24 years, but I always thought of myself as a “city/community leader.” I never said this out loud as I was politically astute (see article #5). However, thinking of myself as a city/community leader allowed me to think more broadly about my vision. You have to think it to be it.

Choosing Leadership and Figuring Out Next Steps

Leadership is not based on your title or position, as discussed in article #1. Leadership is a journey you choose to take. Making the choice to be a leader is the first and most important step in becoming a leader.

The next step depends on your situation and personal style. There is a wonderful poem by David Whyte, titled, “Start Close In,” that may help. It starts:

Start with the first thing

You don’t want to take.

The poem ends with:

You can call your own

Be humble and focused

Don’t mistake that other

The step you don’t want to take.

Whyte is speaking about fear and courage (article #4). Too often, we fail to move forward for a couple or reasons. First, our fears too often immobilize us, and second, we try to plan the next 25 or 30 steps, which paralyzes us. We only have to figure out the first step we want to take to improve or become a leader. The first step will guide us to the next several steps, which when completed will define future steps. This is how you start the leadership journey.

I have written exclusively in the previous five articles about leadership attributes and have said nothing about management. Leadership and management are very different beasts. Both are important and both have different skill sets and attributes.

There has been much written about the differences between leadership and management. I will leave that discussion to others. However, there is on old geometry truth that is instructive. “All squares are rectangles, but not all rectangles are squares.” It is equally true about leadership: All effective leaders are good managers, but not all good managers are effective leaders.

Below are the primary concepts to remember in each of the previous five leadership articles:

1. Formal titles or positions do not necessarily make someone a leader. Anyone, regardless of the position they hold in an organization, can be a leader.

2. All effective leaders know themselves well and have put in the time to understand their strengths and weaknesses. This understanding helps them from being manipulated by their blind spots.

3. Effective leadership requires understanding and managing a series of paradoxes, including modifying your behavior based on specific situations. Effective leaders have also learned how to “manage around” their weaknesses.

4. All leaders have fears, but have the courage to face their fears and take action in spite of their fears.

5. All great leaders have their own “leadership sauce.” Your personal leadership sauce can only be developed by practice. You have to learn from your mistakes and failures.

Developing new leadership skill sets takes time and practice. When you were first learning any new skill, such as a sport, music, writing or dance, you initially struggled. It is only through perseverance and dedication that you improve. Leadership is no different.

It is important as a leader to listen to others and learn from other’s viewpoints. Deciding to become a leader, however, is a very personal choice. Beware of naysayers, status quo thinkers, leadership myths, and conventional thinking when making that decision.

No one becomes an effective leader without the help of others. Reach out, get a mentor, ask for coaching, and have the courage to get into counseling.

Leading is exciting, fun, challenging and soul fulfilling. It requires you to have the courage to face your fears. Nothing can be better than that. Go for it! Our profession needs you.

I wish you the best on your leadership journey and would be happy to provide coaching to anyone who asks. Good luck! 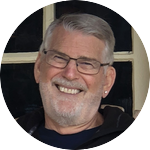 Leading from the Middle and Front in Local Government

It’s time for managers to empower and expect leadership from everyone!

A Year of Hope and Action

Marc Ott and Jim Malloy take a look back at the diversity, equity, and inclusion resources the association has developed over the past year.