Political polarization and incivility are intensifying in society today, which has included a desire by some advocates to demonstrate that elected officials, as opinion leaders, favor their opinion. As a result, city councils, county boards, and individual elected officials have been asked to adopt positions on a variety of political and divisive issues that do not directly pertain to city or county services.

Understandably, elected officials have strong opinions and are prone to action to solve problems and improve their communities. This article suggests that sometimes restraint from action can be the wiser choice.

Political polarization is feeding on itself. For example, there is substantial literature that demonstrates that partisanship is correlated with migration, to the point that it impacts decisions about where and with whom one will live. In addition, today’s technology supports the creation of like-minded “communities” within our personal digital world. We can easily choose to read and view only information that supports our own opinions. The increased polarization within these “echo chambers” can foster dehumanizing language, increased incivility, and extreme ideals.

Partisan polarization combined with incivility and gridlock contributes to the low trust in the federal government. The Pew Research Center finds that not only is the public’s confidence in the federal government low, but partisan animosity has increased substantially and trust among individuals is shrinking. Seventy-five percent of adults believe that American’s trust in the federal government is declining and 64 percent believe that trust in each other is shrinking. Over 85 percent of people feel that those that voted for the other candidate in the 2020 presidential election do not understand “people like me.” Many intense partisans even believe the opposing party’s policies are “so misguided that they threaten the nation’s well-being”!

In short, when considering partisan issues, we have become so divided that we do not trust one another. Thankfully, local government remains nonpartisan. We even know, from studies by Richard Florida, that “Democratic and Republican residents see very little difference on local issues.” People that might very well be divided on national issues are not necessarily divided on local issues. Thus, trust in local government remains high. Further, that high level of trust is critical to social capital, compromise, collaboration, and relationships—critical components to solving local problems.

Recently, local governing bodies have been requested to enter the political fray about issues such as the Second Amendment and gun control, school choice, immigration and refugee policy, COVID-19 business closures and mask mandates, and other topics that do not directly pertain to city/county services. These types of issues are incompatible with the regular duties of local government for at least five reasons.

What we do in local government is not partisan or overtly political. Local governments do not decide everything with a vote but, rather, operate much more with consensus on community issues. This makes sense because, as Richard Florida found, there is very little difference between the attitudes of Democrats and Republicans on local issues.

County boards and city councils have responsibilities in numerous policy areas—many of them statutory or mandated—that need not intersect with controversial, partisan issues. To differentiate and define such boundaries, several county boards in Minnesota have adopted policies or guidelines that describe when a county will (or will not) consider a resolution or proclamation. To use cliché, these boards are formalizing the concept of “staying in their lane” and working within their defined role as county commissions.

An important reason for formalizing this type of policy is to not only be fair with every constituency, but also with one another. To be successful, all elected members must adhere to a policy to prohibit action on issues that are irrelevant to city or county government. 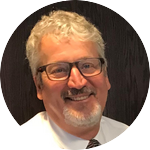 ETHICS MATTER! Being Politically Neutral in a Partisan World

In a polarized political climate, local government is more important than ever