With government officials hoping for more trust and the public asking for transparency and ethical behavior, there is one solution that addresses both sides: public engagement.

Public distrust of government continues to be a theme in our discourse, with recent Gallup polling revealing just how serious it has become. While trust in the federal government remains abysmal, there has also been a noticeable decline in the public’s trust of local government. Gallup’s results show that two-thirds of Americans trust their local government to handle problems, which represents a five-point drop since 2020, and the lowest percentage in over two decades.

There are a variety of plausible explanations for this depreciation of trust, though many point to the pandemic as the proximate cause. There’s good reason to think this is the case as the past two years have been extremely difficult in countless ways. Public health concerns have been punctuated by economic anxiety, educational loss, and social alienation, leading many Americans to blame their government leaders. There is some merit to all of this, but what if these are symptoms of an underlying problem that is more enduring?

In 2019, Pew Research Center published a comprehensive report examining the declining trust that Americans have in government and in each other. When asked about the biggest problems in American life, 67 percent said “ethics in government.” The only problem that ranked higher was drug addiction, indicating how concerned citizens are with the behavior of those entrusted with our communities and country.

The relationship between ethics and trust in government is fairly straightforward. After all, why would you trust someone whom you believe is behaving unethically, particularly when they are doing so while in a position of power and authority?

In 2010, the city of Bell, California, became the quintessential example of local corruption following shockingly unethical behavior by government officials. It started in 2005, when the city created a ballot measure that would alter its bylaws to make it a “charter city” as opposed to “general law.” The measure was promoted by the city council and city manager as a way to increase local control by effectively insulating Bell from state oversight, and it passed by a 336-54 margin. In a city with over 35,000 residents, only 390 voted on a deeply consequential measure, suggesting that the residents of Bell were very disengaged.

Having successfully removed state oversight with little public attention, the salaries of the council and staff soared. The city manager’s salary reached nearly $800,000, which is several times higher than the average. Investigations revealed numerous other scandals, resulting in graft and corruption charges, as well as the near dissolution of the city itself. This shameful episode demonstrates how unethical behavior can go largely unchecked when there is no public accountability. Bell’s recovery is equally instructive, however, as residents were faced with the very real decision of whether they would commit to saving their city or allow it to be consolidated with neighboring cities.

Ken Hampian was appointed interim city manager in 2011, bringing a commitment to public engagement, transparency, and accountability as integral elements of how the city would govern moving forward. With the consultation and assistance of the Davenport Institute, the city conducted an extensive community outreach strategy, distributed annual budget surveys, and held a goal-setting community forum and subsequent council workshop. Bell was able to survive and rebound, as residents and government officials worked together to develop a vision for the community. While this example is now a decade old, the lessons learned about the importance of ethics in government are timeless.

Trust matters, and building it was indispensable to Bell’s recovery. Pew’s study found that 64 percent of Americans believe low trust makes it more difficult to solve problems, while 84 percent say that it’s possible to improve trust in government. How? The leading response is more transparency and disclosure of what government is doing.

With government officials hoping for more trust and the public asking for transparency and ethical behavior, there is one solution that addresses both sides: public engagement. This begins with a genuine commitment by government officials to not only inform citizens, but to invite their participation in the decision-making process. Explaining what policies and procedures are being administered is an important but insufficient step, as it reaffirms the top-down structure that has produced much of the current distrust.

In addition to engaging with individual residents, local governments must also build partnerships with the various civic organizations that are the foundation of our communities. Religious congregations, businesses, schools, charities, and other associations are constitutive of the community, and must be included in comprehensive public engagement efforts that move toward collaborative governance. Partnering with these institutions of civil society not only ensures that local governments are receiving maximum input, but also creates accountability as officials are under the watchful eye of the community.

Relationships and trust take time to build, which is to say that they are not established immediately but develop gradually through consistent interaction. The same applies to public engagement, which must also be recurrent to make a lasting impact. Embedded deliberation is achieved through formally organized public engagement practices in which the public is regularly invited to participate directly in the decision-making process. In practice, this means that engagement is not merely an occasional tool to receive public input, but a formal component of how governments diagnose problems, contemplate solutions, and determine implementation—all with the oversight and contribution of the community.

Engaged Communities Are Strong and Cohesive

There is a sort of compound interest that results from sustained public engagement that benefits governments and community members alike. As residents become better informed about local issues, government officials likewise learn more about how these issues are tangibly affecting the community. Both sides become more aware through this deliberation, while cultivating the skills and habits necessary to make incremental improvements for the community. This promotes accountability and public support for the decisions that are made, leading to greater trust, better policies, and a more cohesive community.

This potential for greater social cohesion is also relevant, as trust within the community is often upstream of trust in government. The same Pew report notes that one of the biggest differences between “high trusters” and “low trusters” is their confidence in others to “work together to solve community problems.” What better captures the purpose and practice of public engagement—and local self-government, more broadly—than citizens coming together to address their shared challenges? Thus, effective public engagement can foster trust between residents and local government, as well as between residents themselves.

Restoring public trust in government is no easy task, particularly because a reputation of unethical conduct can be extremely difficult to overcome. We all want more accessible, responsive, and ethical government—not as some aspirational ideal, but as a necessary condition for our communities to flourish. Public engagement is the key means by which local governments can earn the trust of their residents, be subject to public accountability, and implement more effective policies that advance the common good. 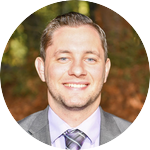