It was clear from the individual interviews of the councilmembers conducted prior to their annual planning session that not much of substance for the town was going to be accomplished unless the council tended to its personal relationships.

This formerly cohesive group had been damaged by some community division and social media posts. Feelings had been hurt and grudges were being held. As a result, even spending two days together talking about the future of the community they all loved was going to be an act of discipline, not one of devotion, for this council.

As the facilitator, I was hearing all sides to the tales and felt that the emotional injuries could be healed if these excellent elected officials were willing to engage in a series of one-on-one conversations. The key was to be able to find a mechanism and a process to do so in a way that honored all parties and the state’s open-meeting statutes.

We have all been there. Our group of quality elected officials, in a sincere effort to stay engaged with residents, gets drawn into an exchange on Facebook, NextDoor, or their own website.

And because the issue is by its nature difficult, no matter how well intentioned the post, the wording gets misinterpreted, misconstrued, or misused and the spiral of division begins.

Soon, staff members are put in the position of providing data or information that one side or the other believes will bolster their position, and then they are accused of playing favorites. In order to protect staff, defensive barriers can be erected in the manager’s office and even routine correspondence and interaction get scrutinized.

Executive sessions are held, aggressive natures are released, egos get bruised, and cooperation falters. The commitment to “disagree without being disagreeable” gets ignored and the spiral accelerates downward. Trust has been injured, and time alone will not heal these wounds.

Fortunately, boards, commissions, and councils that have a commitment to good governance recognize that differences are healthy and that even with the best of intentions, misstatements and even mistakes do occur.

In the case above, we decided to use personality profiling to give the group some foundational common language around communication styles and preferences. Next, we had the group practice the STATE communication tools that authors Kerry Patterson, Joseph Grenny, Ron McMillan, and Al Switzler explained in their work and book, Crucial Conversations: Tools for Talking When Stakes Are High. STATE stands for:

A – Ask for the other’s paths.

In pairs, we asked councilmembers to share their own facts about the incident with each other. “Here is what happened from my perspective.” They then told their own story about how they interpreted these facts and the incident.

“It appeared to me that you were. . . .” Then the transition: Ask the other party for his or her facts and story and do so with a tentative invitation, “I could be wrong, so I would love to hear what you have to say.” And last, explore a path to closure: “What would happen if. . . .”

My role as facilitator was to keep the environment safe for the communicating pairs and to help them explore ways to move forward. It went something like this: “May I share with you how deeply hurt I was when you posted that on Facebook? It appeared to me that you were intentionally undermining all the work we have done together on that issue just to make yourself look good. I would love to hear your side of it though, because I recognize I may have misinterpreted the post.”

“Thanks for being willing to share your perspective with me. It was not my intention to undermine you or the council. In fact, I thought I was helping us by trying to correct some misinformation. In retrospect, I can see why you feel as you do. I, on the other hand, felt personally attacked by you in the executive session. Using that tone of voice to me in front of our colleagues was at best dismissive and even demeaning. Now, based on your personality profile, I can see that perhaps you were just trying to come to closure. Still I felt that. . . .”

Because these were safe one-on-one conversations, with a facilitator to help keep the tone positive and productive, these tools allowed every councilmember to feel heard and valued. Having them as part of the retreat maintained compliance with all statutes, and the good will generated more than made up for the time investment. The resulting collective sigh of relief enabled everyone to dream big and work hard.

If, like the community above, you have governing body members who are struggling in their communication and so have experienced injured or ruptured relationships you might want to explore using some of these healing tools in your jurisdiction.

While at first you might consider using a trained facilitator, like all skills, these can be learned by staff. While it may take some practice and some coaching, the more you or a colleague use them the better you get at using them.

Ideally, of course, your group becomes adept at the process and begins to use these tools on its own so that all members can keep the trust foundation strong. 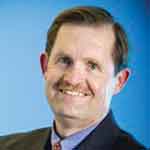 If you, your local government team members, or even family members are feeling overwhelmed, try some of these strategies to help you overcome the overwhelm.