For several generations, our experience in local government management has occurred under the context of economic globalization. Globalization is generally understood to be a more integrated world in which trading and economic relationships, along with communications, travel and tourism, and entertainment and media, have flourished. The economies of nation states, from supply chains to international technical standards, are reliant upon the continued exchange of goods, services, and ideas.

According to data from the World Bank, world trade as a percentage of total GDP has steadily increased from 26.5 percent in 1970 to nearly 59 percent in 2019. Most trade and economic activity occur in cities or metropolitan areas, and it is no overstatement that this global integration has informed our entire economic development strategy for generations.

The hallmark of U.S. influence, however, did not occur merely through military power. Rather, it has been mostly through “soft power” of American cultural influence around the world. Think Facebook, Apple’s iPhone, Hollywood, and Nike. Those are just some highly visible manifestations of American cultural influence. But there are many more subtle influences, particularly in the R&D sectors (the United States is by far the world leader in patents, a key measure of innovativeness); university education (attraction of students from around the world); international trading sectors (dollar-denominated everything and accounting standards); and information and communications technologies (e.g., TCP/IP protocols and internet governance), particularly with the adoption of international technical standards.

It is important to note that much of this globalization grew from the security and economic system established at the end of World War II. That system was led primarily by the United States, as the economic system (Breton Woods, G.A.T.T. and later the WTO, UN, World Bank, etc.) and security arrangements (NATO) ensured that economic growth would prosper under a Westernized system of liberal trade in a secure global system. The primary instrument of this security arrangement was the U.S. military, particularly the U.S. Navy, which maintained open access to sea lanes. This post-war arrangement is sometimes referred to as Pax Americana. Note that even illiberal regimes were invited to trade in this system, and the U.S.-led system ensured that sea lanes (and air routes) would remain open for virtually all. China’s cheap consumer goods and manufactures and Russian energy made it to markets far and wide under this system.

This is not a commentary on the projection of U.S. power, per se; rather, it is a recognition that Pax Americana has been the lead organizing system of international affairs over the past 80 years. And that organization of international affairs, as an institution, may be unraveling. Some geopolitical thought leaders have argued that it has ended and probably did so with the election of President Obama and has been furthered by Presidents Trump and Biden. Others cling to a view that U.S. power, while certainly under stress, continues to be a significant force in global relations, but that force is less influential in a more multipolar world. The Russian invasion of Ukraine in February only punctuates the assertion of a changing world order.

What does all this mean for local government? I would argue that a major shift in the institutions that have shaped global affairs—namely, the withdrawal or weakening of Pax Americana —for something else will have major implications for local government, particularly in the economic development and innovation arenas.

Whatever the future holds for Pax Americana, or some coherent replacement, it will be one of the significant challenges we face in the next decade. The perception among rivals to the Western economic and political system (namely, the developing “axis” of illiberal regimes like Russia, China, Iran, et al) will likely see the 2020s as a decade of opportunity, one in which a withdrawn and nativist United States is distracted and taciturn with internal division and external disillusionment. Thus, the Axis countries see opportunity to deflect attention from their own demographic crises and moribund socio-political structures—and growing discontent within their own boundaries—by appealing to nationalist, revanchist policies. To wit: the Russian opportunistic invasion of Ukraine.

Another likely result from this rearrangement in the global order will be that regional conflicts will likely increase, with great uncertainty added to international trade and shipping. Those who advance this view might argue that a great decoupling will occur between the U.S. and China, with tremendous implications for consumer goods, product sourcing across the supply chain, and even access to rare earth minerals. It is not necessarily bad news, but it will be disruptive in the near term. Peter Zeihan, for example, points to China’s much bigger and more precarious challenge of maintaining access to energy markets in the Middle East with some suspicious neighbors standing in the way. He points to several countries along the transit route from the Persian Gulf to China’s coastal areas, any of which could fairly easily disrupt China’s energy supply in the absence of American naval assurances. Thus, the celebrations in some quarters over the withdrawal of Pax Americana may be short-lived as they contend with newly unleashed regional rivalries.

In the longer term, we will likely see regional trading alliances among Western countries strengthened. Moreover, the United States, Mexico, and Canada will have to further integrate its North American trading system to make up for some of the lost trans-Pacific trade with China. A couple of very visible examples of this shift may be the two major chip fabrication plants to be located in Texas, and it is likely a sign of more to come. With the future of Taiwan uncertain with a more belligerent China promising a reunification with Taiwan—by force, if necessary—it is less likely that Western companies will be eager to invest huge sums of money for chip fabrication or other advanced manufacturing plants there. They will more likely reshore many of these strategically important and incredibly expensive assets to the relative safety of North America.

For state and local economic development, this will be a relative boon. The United States, Mexico, and Canada will look attractive once this risk quotient is factored in. Site developers for high-tech manufacturing will look to the U.S. and Canada, and middle-to-low tech will look to Mexico. It will likely usher in an era of strong symbiotic economic relationships across the NAFTA zone. Prices for land and development will go up, however, and states that have punishing taxes and obsolete regulations will continue to lose to those that are more competitive.

Labor will be another challenge for our time. Labor shortages will only be exacerbated with reshoring certain skilled manufacturing. The days of high unemployment, save for a major economic shock or a disruptive global event, are over for our generation. Labor shortages, which we are all experiencing now, will continue for the foreseeable future. According to the Economist, the U.S. has three million fewer workers today than before the pandemic, and immigration numbers (typically America’s advantage in filling the labor gaps) have declined by another two million from the pre-pandemic rate. Demand for skilled workforces who can work in these high-skilled plants will accelerate. Fortunately for the United States, immigration is still part of our psyche—and for which we have a relatively high tolerance—and we will still need it to fill jobs and maintain relative youth and dynamism in our economic activities.

Creative risk taking is a hallmark of youthful population, and the U.S. is much better positioned for this than our European and Asian counterparts. For the U.S. to maintain its advantage in innovation, an essential part of global leadership in the coming decades, we will need to ensure that housing (including affordable housing) is available in proximity to urbanized areas in which innovation and the exchange of ideas and complex information occur. Those regions that can create the conditions for knowledge spillovers, capital formation, synergy, and risk taking will surge ahead of those that don’t. Anachronistic economic development grants (e.g., “job creation”) will need to give way to assistance with workforce and skills development, robust infrastructure (including ICT infrastructure), and R&D acceleration.

What will the new global order look like? Perhaps a form of Pax Westernica or similar order that draws on liberal Western values supplants the American version. Those of us who cherish Western values can only hope so. Perhaps Americans will awake and realize that the U.S.-led world order still offers the best hope for the world, and a Pax Americana 2.0 arises. Or will a Hobbesian world order take hold in which zero-sum competition and regional hegemonies arise?

In any event, a sort of strange drumbeat of a distant music draws nearer; and whatever the future may hold, the next decade will be a fascinating, uncertain, and a sometimes-terrifying journey of discovery of a newly shaped world order. But there will be opportunities for local governments to adjust to this order, and those that recognize it and best adapt will have the advantage. 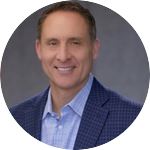