A Community-Driven Approach to Police Reform

A focus on training, efficiency, and compassion in Englewood, Colorado

On May 25, 2020, the brutal death of George Floyd shook many Americans to the core. Video footage of Mr. Floyd’s last moments revealed systemic racism that permeates many corners of our society, and the challenges that people of color face on a regular basis. Through the leadership of the city council, the police department, the city manager’s office, and a dozen or more resident activists, the city of Englewood was one of the first cities in Colorado to begin police reform work within weeks of this tragedy.

These efforts, including the creation of a Police Reform Task Force, built on the past work of the Englewood Police Department to continuously review procedures and policies and to focus on community engagement.

On June 4, 2020, Mayor Linda Olson and Police Chief John Collins released a joint statement on the death of George Floyd, and introduced the process that the city would take to address racism and undertake police reform. As the first step outlined in the Mayor’s Pledge to Reimagine Policing, the Englewood Police Department began work on a comprehensive report to the community on current policing policies and practices. Mayor Olson signed the Mayor’s Pledge to Reimagine Policing, a pledge developed by the My Brother’s Keeper Alliance that asks communities to engage their residents and review policing policies through the following four steps:

1. Review the police use-of-force policies in my community.

2. Engage my community by including a diverse range of input, experiences, and stories in our review.

3. Report the findings of our review to my community and seek feedback within 90 days of signing this pledge.

4. Reform my community’s police use-of-force policies based on findings.

At an Englewood City Council meeting held on June 1, 2020, councilmembers affirmed these four steps, and the police department set about reviewing existing programs. These included the following:

National Night Out: This nationwide event occurs on the first Tuesday in August with the goal of bringing neighbors together and making neighborhoods safer.

Graffiti Paint Out: A joint effort between the police department and the community to eliminate graffiti and to prevent it from occurring in the city. This includes a graffiti alert system designed to keep concerned community members informed of recent graffiti incidents.

Restorative Justice Program: Started in 2020, this program is designed to allow the community to play a larger role in the justice process. The program is a system of criminal justice that focuses on the rehabilitation of offenders through reconciliation with victims and the community at large. This includes a focus on the harms of wrongdoing as opposed to rules that have been broken; equal concern and commitment to victims and offenders; supporting offenders while encouraging them to understand, accept, and carry out their obligations; and encouraging collaboration and reintegration rather than coercion and isolation.

Co-Responder Program: Since 2018, the Englewood Police Department has partnered with AllHealth, a nonprofit organization, to develop a co-responder program. This program offers immediate treatment to Englewood community members suffering a mental health crisis. AllHealth offers a continuum of care that includes traditional counseling, intensive outpatient programs for individuals dealing with co-occurring substance use and mental health disorders, as well as community support services.

Impact Team: Established by Police Chief John Collins in 1996, the impact team serves multiple functions within the police department and city of Englewood, including:

• Homelessness response team for the city, working with co-responders and other organizations to resource people who are unhoused.

• Training for other officers and city employees in a number of areas, such as Standard Response Protocol.

Body Worn Cameras: Shortly before the death of George Floyd, the city council directed city staff to bring forth an agenda item to pursue body worn cameras. On June 1, 2020, the council unanimously directed staff to implement body-worn cameras. The three goals of this program are to improve officer safety, transparency, and accountability.

While these and other programs helped to engage the public and support transparency, Englewood Police leadership was ready and willing to dive deeper into needed reform efforts in partnership with the community and the city council.

In addition to reviewing existing programs previously mentioned, the city council outlined additional review and analysis steps based in large part on resident feedback calling for council to consider enacting the policy recommendations of the 8 Can’t Wait campaign. Sponsored by Campaign Zero, 8 Can’t Wait is a project that focuses on eight key policies: (1) Ban on chokeholds and strangleholds, (2) Requirement of de-escalation, (3) Requirement of warning before shooting, (4) Requirement that all alternatives be exhausted before shooting, (5) Duty to intervene, (6) Ban on shooting at moving vehicles, (7) Requirement of use-of-force continuum, and (8) Requirement of comprehensive reporting. In addition to 8 Can’t Wait, the council asked staff to review policy objectives of local protestors, as outlined in an article from local media outlet, Denverite, on June 9, 2020. As such, the final report to the community included the following:

• Use of chokeholds and strangleholds.

• Use of chemical projectiles and other crowd control methods.

• Requirements for officers to stop or attempt to stop another officer when force is being inappropriately applied or is no longer required.

• Shooting at a moving vehicle.

The report, completed in advance of the 90-day deadline laid out in the Mayor’s Pledge to Reimagine Policing, was posted on the city’s website for community input and feedback and can be found at www.flipsnack.com/englewood/police-report.html.

The city council discussed other ways to educate themselves not only on current practices of their own police department, but also on best practices and innovative solutions to policing problems around the state and country. After considering a number of ways to go about this, the council settled on a presentation and conversation with a panel of experts on policing and police reform. They held a study session on July 6, 2020, featuring four individuals who were asked to discuss current trends and best practices regarding policing in Colorado and beyond. Panelists included the following:

• Paul Taylor, PhD, an assistant professor in the School of Public Affairs at the University of Colorado, Denver. Professor Taylor’s research focuses on police decision-making, human error, and resilience in the context of potential use-of-force encounters with a focus on improving outcomes. He has more than 10 years of law enforcement experience, including time spent as a training instructor and patrol sergeant.

• Rudy Gonzales, executive director of Servicios de la Raza, an organization founded by community activists in 1972 to engage those most impacted by social and economic challenges.

• George Brauchler, district attorney for the 18th Judicial District, including the counties of Arapahoe (where Englewood is located), Douglas, Elbert, and Lincoln.

In addition to the expert panel, the city council requested a survey of all sworn officers in the department to better understand officer perspectives and desires. More than 60 percent of officers completed the survey.

On July 22, 2020, the city of Englewood held a Telephone Town Hall for 21st Century Policing. Due to COVID-19 restrictions in Colorado, the event featured a number of ways to virtually participate including via telephone, Facebook, and an online platform. Residents were also able to watch the event on YouTube. A total of 1,487 residents participated through one of these platforms.

Surveys conducted throughout the event provided the council with information on opinions and impressions of policing services.

• 78% of participants said that they felt the police department was responsive to community concerns and problems.

• 68% said the department should continue and/or enhance training to de-escalate situations.

Results of the survey prompted the city council to ask for additional information and resources on alternate policing methods in mental health and additional services, while increasing community involvement and engagement.

Grappling with how to best synthesize and act upon the information collected from the police department, the expert panel, and the town hall meeting, the city council decided to establish a police reform task force. The task force was asked to provide the council with recommendations regarding training, hiring and discipline, use-of-force policies and procedures, and alternate policing. The council spent considerable time discussing and soliciting members for the task force with an eye toward diversity.

• Develop a strategy, modeled on Government Alliance on Race and Equity (GARE) recommendations, to create training on bias and diversity.

• Support a program to financially support Peace Officer’s Standards and Training (POST) certification candidates in the certification process with an eye toward diversity.

• Have 100% of officers trained in crisis intervention team tools and techniques.

• Create a system to use, track, and leverage data insights related to the use of force in the city on an ongoing basis.

• Have council involvement in significant use-of-force policy changes, including an annual report on the topic.

• Consider the removal of identification of excited delirium as a “serious medical condition.”

• Modify co-responder job descriptions to include case management and proactive outreach to individuals with repeat contact.

• Implement a proactive outreach program based on access to crisis intervention team referrals with a new records management system.

• Establish, recruit for, and hire a new outreach position to work with mental health, substance abuse, and homelessness needs.

• Initiate the use of metrics to review and evaluate the success of the co-responder program.

• Create protocols to work with the dispatch center to divert mental health calls to a crisis system.

Several departments are working with the Englewood Police Department to implement the task force recommendations. This includes the city attorney’s office, which reviews existing policies and procedures; the human resources department, which assists in recruitment, training, and discipline; the city manager’s office, which facilitates budget requests and new reporting requirements; and the communications department, which continues outreach and engagement with the community on police reform and initiatives.

The tragic death of George Floyd led the Englewood city council, police department, city staff, and the greater community to reflect on how we could do better and build on past actions to continuously review policies and procedures and engage with the community. While this will be a long road, the city of Englewood is committed to an approach to community policing focused on training, efficiency, and compassion.

SLLC Asks SCOTUS to Allow Cause for Concealed-Carry

Some local governments want to allow conceal carry of a gun based only on cause. The Supreme Court will rule whether the Second Amendment allows this. 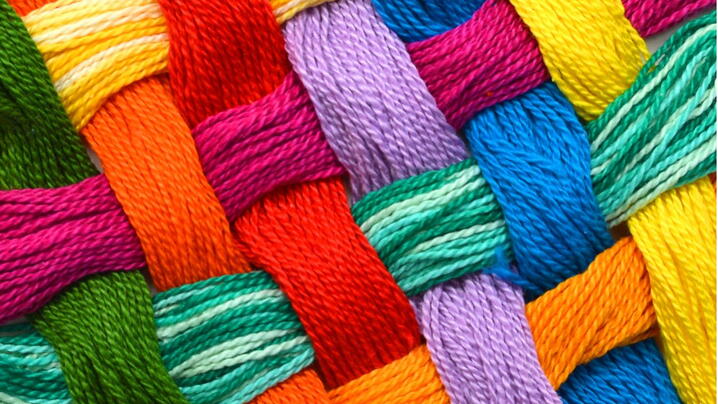 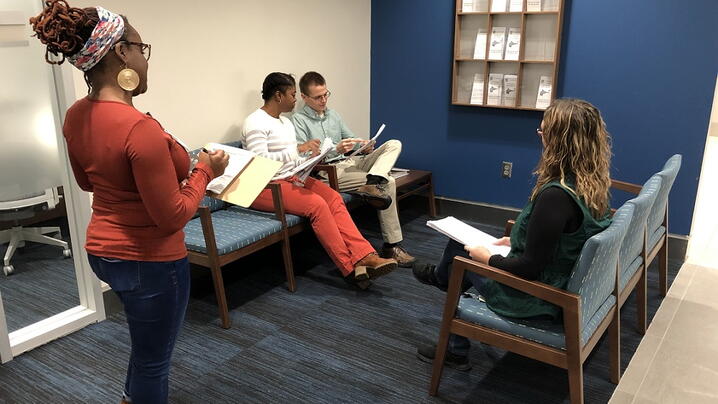 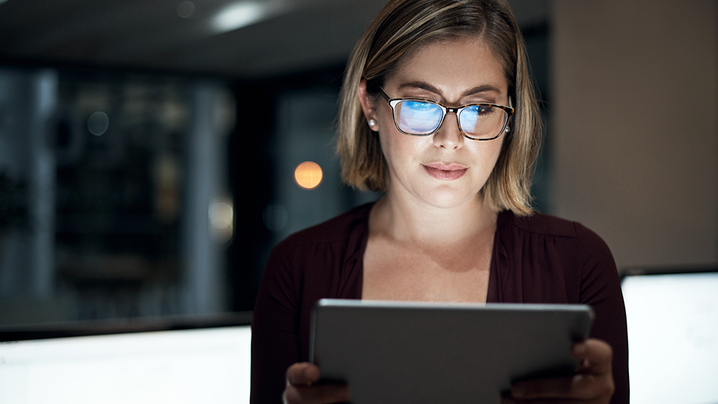