How I engage the community as the assistant chief administrative officer

One of my favorite interview questions to ask is, “If you were an aviator, what would your call sign be, and why?” For me, my call sign would be Weaver for a few reasons:

These tendencies to connect are part of what draws me to the role of assistant CAO/assistant city manager, or in my case, deputy city manager. In these roles, we have the opportunity to translate challenges and opportunities for employees, governing bodies, and communities. Perhaps one of the most understated functions of the assistant role is to bring people together to avoid, or at least mitigate, obstacles that are a detriment to the city.

As a deputy city manager, nothing gets me so excited as a big project that “weaves” multiple agencies, partners, cooperatives, and communities together for the greater good. Right now, the city of Rancho Cucamonga, located in the heart of Southern California, is at the center of such a project with the San Bernardino County Transportation Authority and multiple other agencies to develop a first-of-its-kind transit center, which will be home to a Brightline West high-speed rail station, entrance to an underground transit loop to the Ontario International Airport built by The Boring Company, improved Metrolink commuter rail access, bus rapid transit, local bus service, automobile rideshare, and a cycle track. The economic impact of such a center is the equivalent to a regional airport. Providing a hub for eco-friendly, sustainable travel, using zero emission trains and buses, rail vehicles, and Teslas, all set in a walkable and bikeable area, will result in more than 500,000 tons of CO2 being removed from the atmosphere annually.

However, expanding non-automobile transportation in a historically auto-centric city, complemented by nine-story buildings not yet seen in the city, is no small feat, and one that can be a shock to residents who still remember when grape vines and citrus groves made up the majority of the city’s 47 square miles. In the same vein, this area of the city has long been envisioned as a place with a more urban feel with walkability and easy access to transportation, shopping, dining, and entertainment, mixed in with mid-rise housing; and that vision has just been reiterated in the last year through the community engagement for the city’s general plan.

As our city manager is working on negotiating agreements with the various transportation agencies, establishing transit routes, and developing the look and feel of the station to be most efficient and effective, we acknowledge that there could easily be major points of contention from the community that could derail this project, and if not addressed, could negate the investments and undermine opportunities to increase the city’s sustainability. Communicating the long-term benefits envisioned by the community in the general plan is where I came in to assist in addressing a secondary need to ensure the project’s long-term success for the city’s long-term vitality.

I began to think ahead about the various areas of contention and how we could prevent a community clash. I set out with a small, focused group to give a name and sense of place and pride for the transformation on the horizon. We defined a vision for two new entities that make up a greater whole: The HART District and Cucamonga Station. The HART District being a transit-oriented, mixed-use district that elevates the area into a walkable, culture-rich experience. Deriving its name from the existing streets that surround the station, The HART District naming and brand capitalize on the familiarity of existing landmarks. As a new multi-modal hub, Cucamonga Station will connect the region to the world, offering new opportunities for the community to commute, travel, and explore new foods and shopping destinations, defining the development as the new HART of SoCal.

Breaking ground on the station is still a few years away but scheduled to be completed in time for the 2028 Los Angeles Olympic games, which means now is time to start weaving this vision for the district and station into Rancho Cucamonga’s narrative. From experience we know introducing this magnitude of change should be done in an intentional, slow, and steady fashion, engaging our community during every step of the process, all the while building excitement and anticipation for the new station and expanded district.

Our efforts will provide opportunities throughout the entire development process for the community to share comments and concerns and for the city and station partners to listen and address the impacts brought up in the process. In taking these proactive steps I have found that concerns and challenges tend to not escalate and divide the community and destroy a project. Ultimately, my goal and my role through these efforts is to support the vision of Cucamonga Station welcoming visitors to the HART of SoCal in order to provide connection, community, and culture for the city’s sustainable future.

The dictionary tells me that one definition for weave is “to compose a connected whole by combining various elements or details.” We demonstrate our value as deputy city managers, assistant city managers, and assistant CAOs when we can weave together various details to anticipate and address a challenge before it becomes a crisis. In doing so, we are provided the opportunity to create strong connections with our communities, employees, and governing bodies. After all, connection makes community, community makes culture, culture makes connection—it’s all woven together. 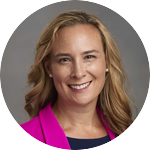 ASSISTANTS AND DEPUTIES: Forged in Fire: Crisis and the Manager/Assistant Relationship

ASSISTANTS AND DEPUTIES: Being the Best Number Two