Proposition F was soundly defeated by a historic margin of 86 percent against the strong mayor proposition.

As you may be aware, a small but well-funded political action committee in Austin, Texas, gathered signatures to advance several ballot initiatives, one of which would replace the council-manager form of government with a strong mayor system. The ballot measure, Proposition F, was proposed under the guise of “strengthened democracy,” and was placed on the May 1, 2021, ballot.

ICMA learned of this initiative last summer and staff were surprised to find little community opposition at the time. So, as part of our advocacy effort, ICMA identified key Austin leaders and helped them assemble a public information and engagement coalition—Austin for All People. As a result of their efforts and ICMA’s support, Proposition F was soundly defeated by an historic margin of 86 percent against the strong mayor proposition. 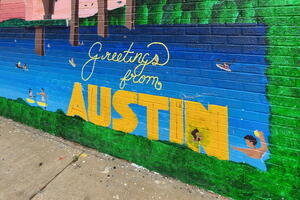 I want to acknowledge the leadership of Austin for All People, which was led by former Austin city manager Jesus Garza, along with several prominent members from the local business, civic, and faith community. Austin for All People engaged members of the Austin community across a wide range of civic and political interests to ensure all voices in Austin were informed on this important issue. ICMA is grateful for their leadership and is particularly proud to have partnered with all of the major union PACs in Austin, as well as a key leadership PAC to ensure a strong cross section of voices were united in support of the council-manager form of government.

Having served as city manager for Austin for nearly nine years, I can tell you the unity in opposition to the strong mayor system is unlike anything I ever experienced during my time there. In America today, we are often confronted with many issues that divide us. However, what we witnessed in Austin is that the fundamental belief in equal representation and distributed power in government can transcend those differences.

Lastly, I want to thank everyone who helped secure the council-manager form of government in Austin. I am specifically grateful to the Texas City Management Association and each of our individual ICMA members who contribute to the Future of Professional Management Fund. Your contributions provide the lifeblood to our efforts of preserving the council-manager form. I would also like to thank our members and affiliate members, such as Terrell Blodgett and the Local Government Hispanic Network respectively, who spoke out so eloquently on the benefits of the council-manager over a strong mayor form. And thank you to ICMA staff, including chief of staff Ray Baray, director of advocacy Jason Grant, and Mountain Plains regional director Karen Daly. This truly was a team effort!

ICMA is committed to assuring a more just, equitable, and democratic society through the promotion of collaborative local government, which is best achieved through the council-manager form. What we learned in Austin is that public engagement and information campaigns are essential to advancing that mission at the local level. We will take what we have learned here and use it in our continued advocacy for the council-manager form of government across the country.