The Confidence Gap. Is it holding Women Back?

Advice for women leaders: don't take yourself out of the running for the top job because you think you're not ready.

Like the Gender Gap and the Wage Gap, there is a new gap that has been identified for women to bridge. The good news is this is a gap women can personally address. We know that women make up more than half of the Assistant Managers in local government and yet women are still woefully behind in achieving the top job. There are many, many reasons for this including women not being mentored in the same way as men are mentored and elected officials who are still reluctant to appoint women. There are other reasons that women can control. In a 2014 article in the Atlantic, entitled The Confidence Gap, writers Katty Kay and Claire Shipman address this issue head on. Consider these points in their article:

Margie Warrell wrote a 2016 Forbes article “For Women to Rise We Must Close the Confidence Gap."  In that article, she cited a study by Wiebke Bleidorn from the University of California that showed the disparity in lack of belief in one’s self is universal. In the eight-year study Bleidorn and her fellow researchers analyzed data from 985,000 men and women across 48 countries. Bleidorn stated “we were surprised by the remarkable degree of similarity across cultures…in nearly all cultures men have higher self esteem, but the difference lies in the magnitude of the gap.”  Interestingly, the gap is more pronounced in western countries like the U.S. and Australia than in non-western, developing countries. Warrell went on to discuss several theories for this disparity and acknowledged there is no quick fix but she does suggest the following:

“After working with thousands of women across diverse professions and cultural background, I’ve learned that nothing builds confidence in any arena more than stepping right into the middle of it…palms sweating, stomach knotted, beside the guys…despite the chorus of doubts urging you to play it safe in the stands. “  Warrell is also the author of the book Brave and in it she says: Too often women overestimate the risks and underestimate themselves.  Only by doing the very things we’re afraid of can we come to realize how little reason we ever had to fear.  The only way to build confidence and courage is by acting with it.”

As recruiters, we sometimes come across women who have agreed to serve as acting manager during a recruitment but have said they do not want the top job.  However, once they are acting manager, they realize they can do the job, they like doing the job, they are good at the job and now they want the job.  So, our advice is to not take yourself out of the running just because you think you are not ready.

As former practitioners, we can also confidently say that no one has all the answers--you will never be 100% ready for any position.  The key is knowing how to collaborate with key staff, assemble data and advice, and make a decision.

The best way to positively impact a work environment, change an organizational culture, or build community is to have the top job.  It is hard work but that’s what makes it worthwhile.

Other resources to read on this topic are Presence by Amy Cuddy  and a June 2017 Forbes article by Margie Warrell:  Want to Raise a Brave Daughter? Five Ways to Embolden Girls with the Confidence to Lean In and Lead.

Submitted by Heidi Voorhees and Joellen Earl, Co-Owners, ICMA Strategic Partner GovHRUSA. Voorhees and Earl each have more than 25 years of experience in public sector leadership and in consulting with clients. 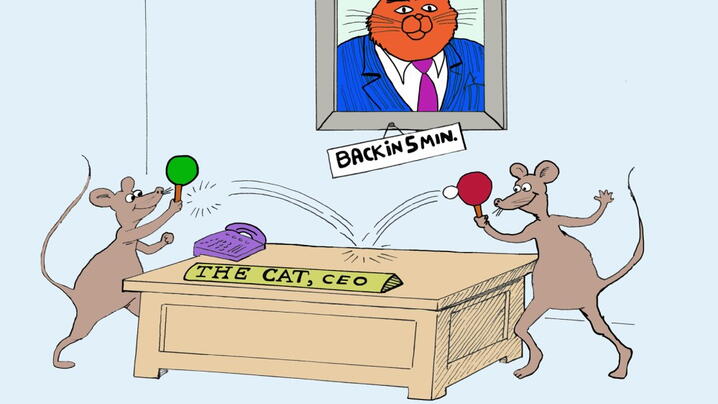 ASSISTANTS AND DEPUTIES: When the ACAO Serves as Acting CAO or Other Key Roles

Whether you’re “riding up” (serving as the acting CAO) or “riding down” (filling in for a key employee), the ACAO should keep these things in mind.