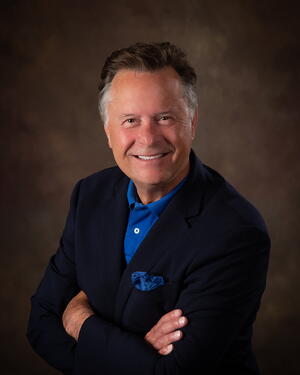 Michael Sittig retired in September 2020 after 25 years as executive director of the Florida League of Cities (FLC). He was the Florida City and County Management Association (FCCMA) executive director in the mid-1970s for several years (records from that time do not exist) and again from 1992 to 1996. Prior to his tenure with the League, he served for two years as assistant city manager in West Palm Beach.

FLC provides administrative staffing for FCCMA, so Sittig’s positions brought him into close contact with Florida’s city and county managers, deputies, assistants, and other professionals, and he consistently supported their interests. He was front and center in defending several challenges to the council-manager plan and expanding FCCMA’s membership to include county managers. He included managers on each FLC policy committee so that they had an active advocacy role in Florida and nationally—and he also lobbied state agencies to appoint city managers to advisory committees and boards whenever possible.

Under his leadership, the League ensured assistance to each city, town, and village (and many counties) with research, publications, conferences, and technical support. He urged managers to take advantage of FLC programs that would help their communities and regularly engaged FCCMA members in brainstorming sessions, retreats, and other activities. He helped create the Center for Florida Local Government Excellence (now at Florida Gulf Coast University) and ensured its financial sustainability with funds from FLC for more than a decade.

As FLC’s chief lobbyist, he was a stalwart defender of municipal home rule powers. He also sought innovations in local government fiscal capacity and pushed for administrative reforms for most reporting requirements, rule-making procedures, and state agency relationships across the state.

Sittig was a vocal advocate for professional development of municipal staff, and his educational outreach included conferences, regional workshops, and digital events for practitioners. He also sought to educate the public with a curriculum called “Cities in the Classroom,” which promotes professionalism in municipal government for seventh-grade civics programs.

Honorary Membership is conferred on Sittig in recognition of his support of professional managers, his contributions to strengthening the structure of local government, his leadership in increasing citizen understanding of local governance, and his role in enhancing the responsiveness and effectiveness of local government.