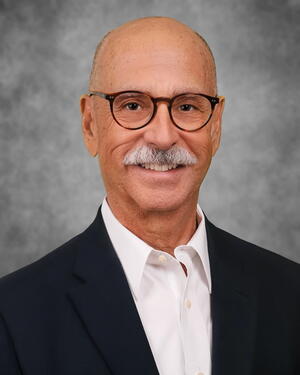 Ken Strobeck served as executive director of the League of Arizona Cities and Towns from 2006 through 2019. In that capacity, he consistently supported the professional development and overall goals of the Arizona City/County Management Association (ACMA) through personal counsel and through a contracted agreement for management services. He also consistently supported and encouraged the council-manager form of government in the League’s legislative lobbying efforts, its media relations, its publications, and its work with individual cities and towns. He personally supported members in transition and facilitated difficult policy/issue discussions among communities and their managers. He was readily available to members of ACMA and participated in strategic planning retreats with its executive board.

Prior to his service with the League in Arizona, Strobeck was executive director of the League of Oregon Cities, where he provided similar support and advocacy for local governments in that state. Earlier, he was a member of the Oregon House of Representatives and was recognized by the League for his support of city-friendly legislation.

During Strobeck’s tenure, the Arizona League regularly highlighted the council-manager form of government during programs at its annual conference, in its annual training for newly elected officials, in its presentations to communities considering incorporation, and in new programs developed under his leadership, such as AZCities@Work.

Strobeck made numerous presentations to city and town councils and various civic and political groups on the structure and function of municipal government in Arizona, emphasizing that cities and towns with professional managers are run efficiently and have the support of their residents. He also advocated for the council-manager form in presentations to college and university classes and made himself available to local government interns.

Strobeck rewrote the publication Council-Manager Government in Arizona and edited other League publications that promote the council-manager form. He directed League staff to emphasize the council-manager form in social media whenever possible. Under Strobeck’s leadership the League offered an affordable recruitment service that was particularly valuable to small and rural communities with limited resources.

Strobeck served on the National League of Cities governing board and was a member of ICMA’s Governmental Affairs and Policy Committee. He was an ex-officio member of the Arizona Municipal Risk Retention Pool and contributed to positive decisions that have led to strong financial health of the risk pool and ultimately savings and better coverage for the 75 participating cities and towns. The League’s support for Arizona’s managers goes well beyond its management services. It provides crucial education of elected bodies, protection of tax resources, and resistance to encroachment on home rule—without which local government professionals can’t do their jobs.

For his proactive support of professional local government management and the council-manager form and his tireless service to Arizona’s city and town managers, ICMA confers honorary membership on Ken Strobeck.