2020 Award for Career Excellence in Memory of Mark E. Keane 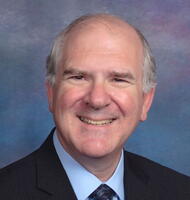 As the chief administrative officer of Provo, Utah, Wayne Parker describes his role as the city’s “Chief Quality of Life Officer.” He demonstrates this through his commitment to developing partnerships in the community and region, being communicative and transparent, fostering organizational excellence, and focusing his energies and those of the organization on ensuring a high quality of life in the midst of significant local growth and diversity. This is no easy task, as Provo is the third-largest city in the state and the center of the nation’s third fastest-growing metropolitan area.

After receiving a master’s degree in public administration from Brigham Young University (BYU), Parker interned in Kansas City, Missouri, where he learned at the feet of such role models as Bob Kipp, L. P. Cookingham, David Olson, and Mark Keane. Before going to Provo, he served in several chief administrator positions and in the Utah governor’s office. His experience in both council-manager and mayor-council cities has taught him the value of relationships with elected officials and the critical role of local government professionals in both forms of government. When reflecting on the current state of affairs, Parker mused:

"We find ourselves in a time of unprecedented societal change, I’m convinced that we hold the key to getting through the challenge and coming out on the other end better and more resilient as we lead and influence our communities for good."

When asked to describe Parker’s management style, Provo employees use words like collaborative, communicative, vision-focused, strategic, and trustworthy. He has consistently supported young professionals, and many of his former interns have chosen careers in local government. As a member of ICMA’s Advisory Board on Graduate Education and as a site visitor for NASPAA (the Network of Schools of Public Policy, Affairs, and Administration), he has worked to develop a high-quality pipeline to fill the future ranks of the profession.

Parker has also been a member of the board of the Utah City/County Management Association, serving as its ethics committee chair, and he has served on numerous other boards at BYU and at the local and state levels.

As Provo’s manager, Parker has: