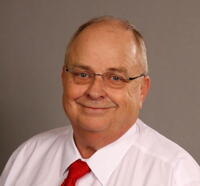 Lance Hedquist has served as city administrator of South Sioux City, Nebraska, since 1980. Before that he was assistant director of Siouxland Interstate Metropolitan Planning Council, Iowa (1970-1980).

ICMA had the chance to connect with Lance as he reflected on his career.

ICMA: What was your first job?

LH: My first public job was with the Siouxland Interstate Metropolitan Planning Agency in 1969.

ICMA: What was the most unusual council or other meeting you attended?

LH: We had a flood that was eminent, and the citizens were very concerned.  One of the most memorable meetings was a meeting with 1000’s of citizens in a standing room only crowd.

ICMA: What is the most random item in your office or desk?

"We can all learn valuable lessons from each other.  Having a professional organization to float ideas and concepts off of is very essential to moving our cities forward."