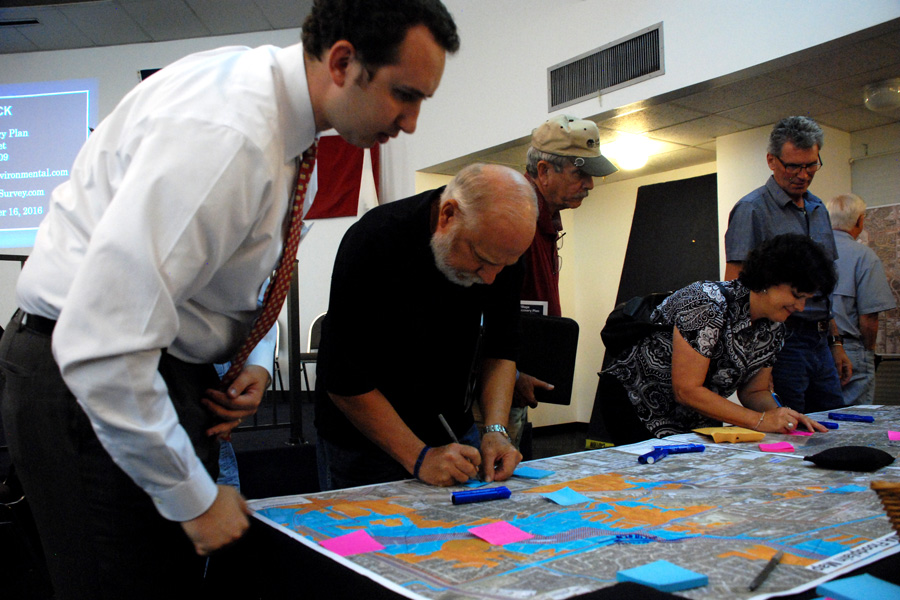 Jersey Village, a suburb of Houston, Texas, has had its fair share of flooding over the years. Starting with Tropical Storm Allison in 1998, and through the floods of 2002, the city saw three flood events that devastated hundreds of homes. Although a lot of work was done afterward to help mitigate flooding, the Tax Day Flood that hit the city in April 2016 affected more than 230 homes. After that, the city set in motion a strategy to create a Long-Term Flood Recovery Plan.

The first step was to work with an engineering firm to map out various flood risks and take elevation surveys of homes that were threatened. In creating the plan, the city held multiple community input sessions that allowed residents to share their experiences, information, and ideas. The process kept residents informed of solutions under consideration, alternatives, and long-term impacts, and the city received more than 2,000 pages of feedback from residents during this process.

The completed plan identified four main projects that would have positive outcomes: home elevations, increasing drainage in one particularly vulnerable neighborhood, building a berm around the golf course, and deepening and widening the bayou through town. Because the bayou system that helps control and mitigate flooding is largely under the control of the Harris County Flood Control District, the city had to involve that organization in its planning. The city also worked closely with state and federal elected officials to ensure their buy-in.

Although some portions of the city are not in imminent danger of flooding, the plan was designed to protect the entire city. One benefit is that the existence of the plan can help the city shake the stigma of being “the city that floods.” Home values will increase, fewer residents will have to be rescued, and roadways will remain passable during heavy rains.

The final plan was adopted and approved by the city council in September 2017, just weeks after Hurricane Harvey dumped 31 inches of rain on the city and more than 50 inches in the surrounding area.

The projects the study identified were estimated to cost $14 million, and the city began actively and successfully pursuing grants to help cover the cost. When the plan is fully implemented, the improvements will save well over $14 million in future damages. They will also help reduce the burden on the National Flood Insurance Program.

This project is vitally important to the long-term sustainability of the community, given the increasing number of severe rain events over the past few years. It is also a model for other cities. Jersey Village has stepped up to be a leader in the region despite its small size by proactively taking action to protect its residents, their homes, and local businesses. 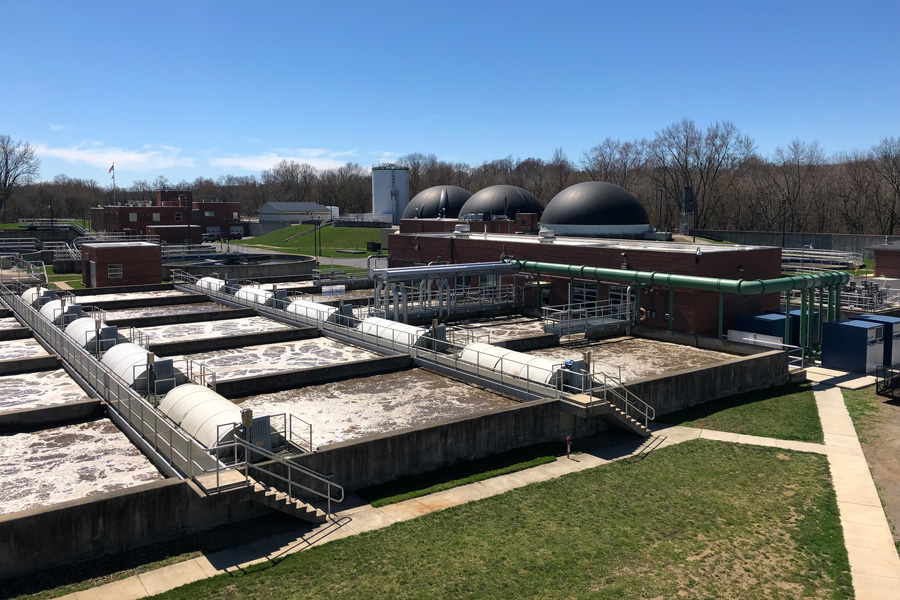 When the original sewage treatment plant in Wooster, Ohio, began operation in 1938, it consisted of primary settling tanks, an anaerobic digester, and sludge drying beds. The facility was upgraded several times, but still failed to meet performance standards for digestion and solids handling. Something needed to be done.

The city evaluated several proposals and formed a partnership with a private company that already had interests in the area. The company provided some capital investment, engineering, construction, and expertise while the city delivered manpower and infrastructure and paid a monthly management services fee. The city council unanimously approved the funds to begin the project and offered its support. Managers in the city and utility worked closely with the private company during construction, startup, and early operations.

The three existing digesters in the Wooster facility were enlarged, and new mixing, cover membranes, and heat exchangers were all added, along with a gravity belt thickener (for city biosolids), a solids receiving vault, a liquids receiving pit, and a feedstock holding tank. A new, larger combined heat and power unit was installed to heat the new organic biosolids receiving building and all the tankage in the anaerobic digestion system. In order to produce enough methane to utilize the larger heat and power unit and supplement the city’s biosolids, the facility accepted organic third-party waste streams. Tipping fees were collected by the private partner, and the city could offer discounted fees to benefit local businesses or as an economic development tool to attract new business to the area.

The city’s Water Pollution Control Plant became known as the Water Resource Recovery and Bioenergy Facility. Within 12 months of startup, the power generation was exceeding the facility’s daily demand. To optimize the anaerobic digestion system, the city installed an electric transmission line to the nearby water treatment plant and eliminated the electric meter at that location. At times, both facilities are “off the grid” to become what may be the first electrically self-sufficient water/wastewater utility.

The facility upgrade provides a means to harness waste streams into renewable energy. Rate payers benefit from reduced energy costs. The city benefits from additional revenue. The facility is operating with a focus on environmental stewardship and reducing operating costs.

In 2018, the facility produced 3.9 megawatts of power for the operation of the treatment facilities, which resulted in nearly $250,000 in energy savings. The ability to accept feed stock, septage, and food waste solids to create the methane provided nearly $900,000 in additional revenue. The end product provides not only self-reliant power sources, but also a nutrient-rich soil product that saves farmers money and eliminates commercial fertilizer runoff from agricultural areas.

The Water Resource Recovery Facility is leading edge. No other facilities in Ohio produce the power from an anaerobic digestion process to power both water and wastewater facilities. The facility innovation was confirmed with a 2018 Utility of the Future award from the Water Environment Federation. 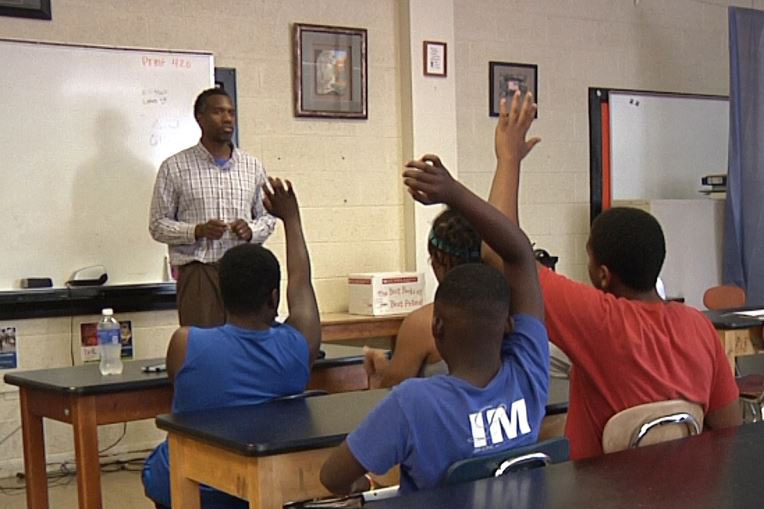 In 2016, the youth unemployment rates in North Carolina were among the highest in the nation. In addition, North Carolina was the only state at the time to prosecute all individuals age 16 and older as adults, resulting in a high percentage of job seekers with adult criminal records.

New Hanover County had identified the reduction of juvenile recidivism as one of the five highest priorities in the county’s five-year strategic plan. Facing this challenge, the county’s Community Justice Services Department staff developed an innovative approach to prepare youth with the soft skills necessary to enter and compete successfully in the local employment market.

The approach was the Community Service and Restitution Program, which operates in partnership with more than forty community stakeholders to facilitate successful completion of court-ordered and court-diverted community service hours as an alternative to secure custody for youth ages 6–17.

An eight-week job skills development component provides age-appropriate youth with an understanding of the job market and strategies for seeking and obtaining employment. It covers the community context, personal values, a skills inventory, resume preparation, job application, interview skills, and on-the-job expectations such as time management, teamwork, and work ethic. The course is facilitated in partnership with the county library and held in library facilities. The library also has a job lab that offers employment resources such as career counseling, resume coaching, and listings of vacant positions throughout the county, as well as access to computers and internet.

The job skills development component embraces web-based resources to educate youth on accessing mobile job applications and other professional websites. Youth are coached through the process of creating an email account with a professional and appropriate username to be provided to potential employers. Although many programs discourage the use of cell phones, youth in this program are encouraged to embrace this technology to prepare them for the new realities of employment in an ever-evolving high-tech society.

Youth serve at various locations throughout the county—local churches, retirement homes, food banks, and an array of governmental and non-profit organizations that strive to provide a diverse and enriching service-learning experience.

Upon completion of the job skills development portion of the program, youth are provided with individualized resource packets including sample job applications, resumes, and a “skill bank” of specific, personalized skill building sets. Families also receive an aftercare plan that offers relevant resources. Youth and guardians are provided an anonymous customer service survey that allows for immediate feedback regarding service quality and accessibility. Staff review each survey and use the results to continually improve the impact and effectiveness of its programming.

Youth have demonstrated marked improvements in multiple areas specifically targeted by the program: decreased recidivism rates, increased school participation, and an overall increase in the necessary interpersonal and soft skills for entry into the local employment market. Since 2015, the program has served 155 youth,72 of whom have graduated. Of the 72, only 11 had further adjudications in juvenile court—a recidivism of just 15 percent.