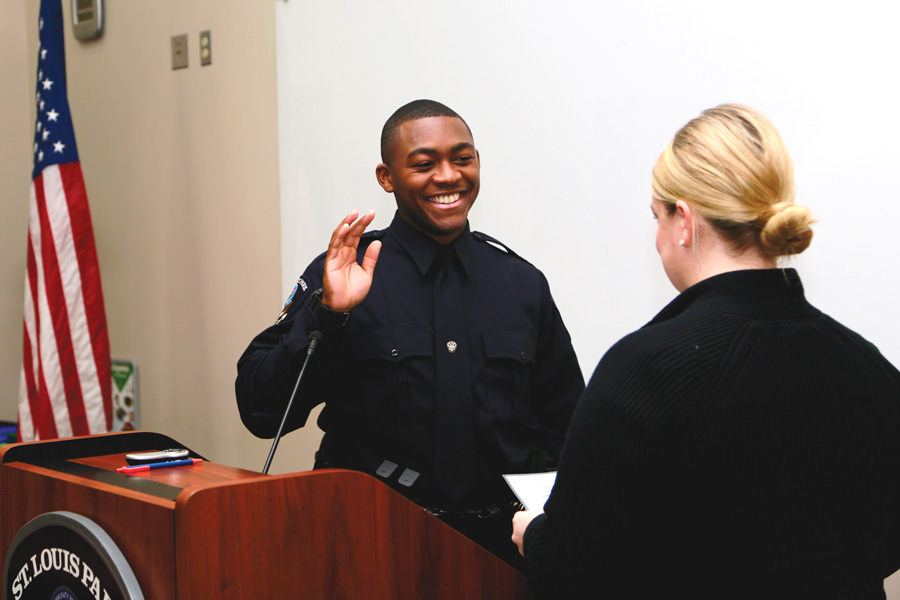 In late 2016, the police departments in Bloomington and St. Louis Park, Minnesota, worked together with the Minnesota Peace Officer Standards and Training Board and Hennepin Technical College to develop a collaborative police hiring program called the Suburban Law Enforcement Training Academy—Pathways to Policing, modeled after one used by the Minnesota State Patrol.

The program was designed to address a drop in the number of police officer applicants and to attract candidates of color, women, and others with nontraditional backgrounds. It particularly focused on candidates who were interested in a career in law enforcement, but lacked the means or ability to attend a law enforcement academic program while continuing their current careers.

The two departments worked together with their human resources departments to develop the program, then invited other agencies to participate. Eagan, Maplewood, Hastings, and the Metropolitan Airports Commission accepted the invitation.

To attract a diverse pool of applicants, the departments marketed the program aggressively in various communities and on several well-known job search websites. The cities also conducted information sessions at which potential applicants could hear details about the program before the application deadline from human resources staff, police chiefs, and other police officers. The sessions attracted nearly 500 applicants.

Candidates who met minimum qualifications were offered a first-round interview with a panel that included a police officer, a human resources professional, and a community member. Panelists were trained to identify candidates who were open to a law enforcement career and had unique qualities to bring to the profession, such as living or working with multicultural populations or those having experience providing service to customers with a variety of backgrounds. Candidates who scored well during the first round were invited back and given an opportunity to interview with the departments of their choice.

After the second round of interviews, the participating departments conducted a final round of interviews and completed background investigations on the candidates they wanted to advance. Twelve candidates received job offers, and all were hired as trainees at an hourly wage equivalent to 70 percent of starting police officer pay, with benefits consistent with other new hires. Once the candidates were hired, they attended a 17-week Peace Officer Standards and Training (POST)–approved program through Hennepin Technical College. During the POST training, cadets were assigned mentors who met with them regularly to keep them engaged in their departments and provide support during the training.

Upon completion of the training, candidates all passed the POST licensing exam and returned to their respective agencies to be sworn in as police officers and begin traditional orientation and field training. As of January 2018, 12 candidates from six departments were receiving their field training. Sixty-seven percent of the new recruits are racially diverse, and 50 percent are female. The departments look forward to continued collaboration in hiring. 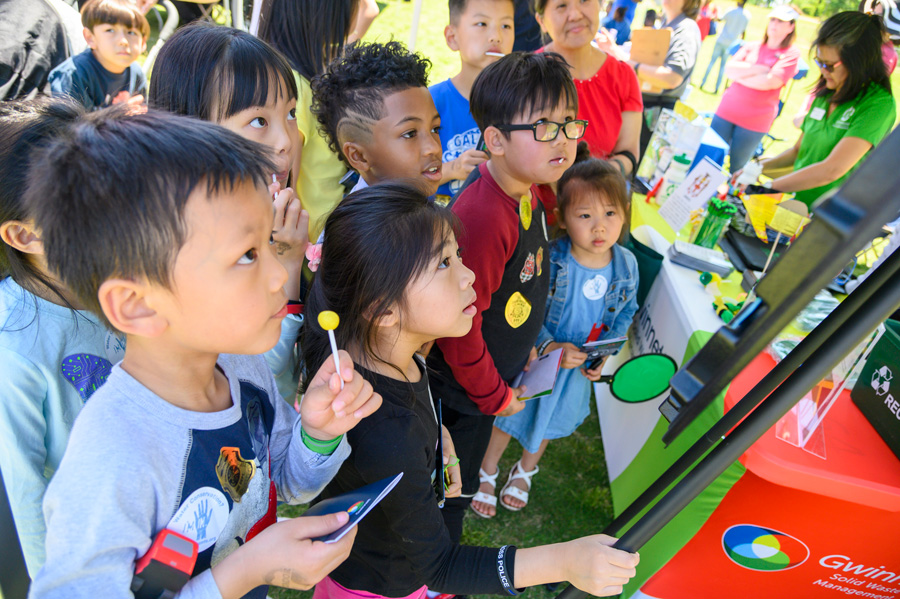 Gwinnett County is the most diverse county in Georgia and the Southeast. Spurred by decades of rapid growth since the 1970s, the county has a majority-minority population with a large percentage of foreign-born and native speakers of more than a hundred languages.

While Gwinnett celebrates its diversity, it also recognizes the challenge of engaging, communicating, and serving the needs of constituents with language and cultural differences. The county wanted to ensure that it was being inclusive in its efforts to serve the entire community and that a platform existed for residents to engage with their local leaders in meaningful ways.

In 2015, the Board of Commissioners appointed a community outreach program director solely tasked with this effort. The emphasis was on reaching underrepresented communities, bringing them out of their silos, and engaging them. Highlights of the outreach program include the following:

• Outreach to Disadvantaged Business Enterprises (DBEs), which are for-profit businesses in which socially and economically disadvantaged individuals own at least a 51-percent interest and also control, manage, and participate in daily business operations.

• Dinner and Dialogue Sessions in which individual commissioners meet each month with small groups of residents at local restaurants to discuss local issues and how residents can get involved, while building personal connections and trust.

• Collaborative Partnerships with faith-based and other external organizations, including the U.S. Citizenship and Immigration Services (USCIS) office, with which the county collaborates on education about the citizenship process, as well as hosting and conducting naturalization ceremonies.

In all, the county has hosted 600 events, launched five ongoing programs, and reached a total of 125,000 residents, many of them racial/ethnic minorities. Volunteers have contributed more than 14,000 hours to county departments and activities, and the community outreach office has worked with more than 25 partner agencies and organizations to provide programs and services to the county’s diverse constituents. Outreach activities bolster public enthusiasm and support public-private partnerships to build community spirit.

The outreach program has contributed to Gwinnett County’s reputation for welcoming both native and foreign-born residents, thanks to its intentional and thoughtful approach. The county has served as a model for best practices in engaging diverse constituents and has shared its experience with others by helping three counties and two cities launch their own outreach programs. These efforts have helped to further advance the progress that cities and counties are making to reach under-engaged communities and ensure that all residents feel included and feel that they have a seat at the table.