2021 Award for Career Development in Memory of L.P. Cookingham 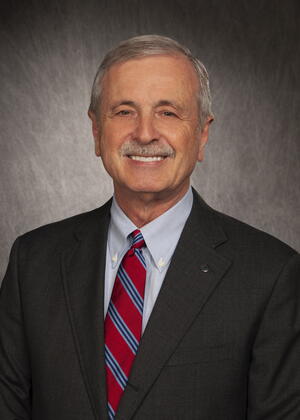 Sam S. Gaston, who has served as city manager in Mountain Brook, Alabama, since 1993 and as ICMA President,2011-2012, has been a leader in developing new talent for the local government profession throughout his career. During his tenure in Mountain Brook, Gaston has hosted 26 MPA interns, 22 of whom work in government at the local or federal level, in nongovernmental organizations, and in other organizations with linkages to local government. These former interns include two city managers, five planners, and several department directors. Two of them are currently in ICMA’s Local Government Management Fellowship (LGMF) program, and eight have participated in LGMF over the years.

While in Mountain Brook, interns conduct research and complete specific projects; attend meetings of the city council, planning commission, parks and recreation board, and other bodies; serve rotations in each of the seven city departments and the Chamber of Commerce to become familiar with their operations, services, and staff; shadow and interact with the city manager; and complete reading assignments that cover city documents and key local government publications. One of the “required readings” is This City This Man: The Cookingham Era in Kansas City.

As an adjunct professor in the MPA program at the University of Alabama at Birmingham (UAB), 2000-2014, Gaston taught the local government administration course one semester per year. The course was taught in the classroom, so he invited practicing professionals to come and speak to the students. In 2014, he accepted a position as a practitioner-in-residence/online with Regent University’s MPA program, and he teaches two classes a year, including local government administration, public management, and intergovernmental relations. Through his interaction with students, he has persuaded several to embark on local government careers.

Gaston has also fostered career development through his involvement with ICMA student chapters. He organized the first student chapter in the nation at UAB in 2010 and has served as its chapter mentor since its formation. He also helped organize an ICMA student chapter at Regent University. He regularly interacts with both chapters, offers advice to their leaders and individual students, makes presentations, and participates in panel discussions.

Gaston serves on the MPA advisory committees for Auburn University, Auburn University at Montgomery, and Regent University. This affords him an opportunity to interact with professors and students to encourage an emphasis on local government management courses, instruction, and careers. As a mentor with ICMA, Gaston has mentored four young or mid-career professionals. He served two terms on the ICMA Advisory Board on Graduate Education and was its chair, 2015-2018. He served as chairman of an ICMA task force to update the First-Time Administrator’s Handbook in 2010 and has been an ICMA Legacy Leader since 2008.

Gaston has also supported career development in his role as chair of the Scholarship Committee of the Alabama City/County Management Association (ACCMA). The committee reviews and selects students for ACCMA conference and academic scholarships under Gaston’s leadership. At the conferences, he introduces the scholarship recipients to ACCMA members and makes them feel welcome. He also chaired the ACCMA Internship Committee, which has spurred several local governments in the state to establish internships based on the Mountain Brook model.

Through internships, mentoring, and teaching, Sam Gaston has devoted his time and talent to supporting the careers of the next generation of local government leaders.