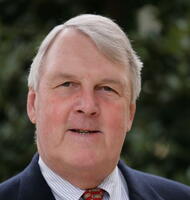 His academic positions include dean at the University of Baltimore, director of the Weldon Cooper Center for Public Service at the University of Virginia—home of the Senior Executive Institute—and MPA director at UNC Chapel Hill. Prior to his academic career, Dr. Stenberg served in senior positions at the U.S. Advisory Commission on Intergovernmental Relations and as executive director of the Council of State Governments. In nominating Dr. Stenberg for honorary membership, an ICMA member wrote:

“Carl has provided a lifetime of service to our profession. He’s a rare academic who understands the theoretical foundations of management and leadership, but who is also steeped in the practical aspects, especially at the local government level.”

At UNC Chapel Hill, he led the creation of the Public Executive Leadership Academy, which has served hundreds of local government professionals, and was instrumental in establishing an ICMA student chapter. He serves as the school’s liaison with the North Carolina City and County Management Association. He has made significant contributions to ICMA textbooks and reports, notably as co-editor of Managing Local Government Services: A Practical Guide and author of two Governmental Affairs and Policy Committee white papers.