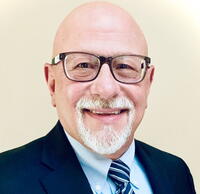 In a career spanning more than 40 years, Daryl Delabbio served the cities of Rockwood, Garden City, and Rockford, Michigan, before becoming assistant administrator and later administrator/controller in Kent County, Michigan, where he served in that capacity for 19 years.

Delabbio has served ICMA as a member of the Executive Board, the Credentialing Advisory Board, the Awards Recognition Panel, and key committees. He was president of Michigan Municipal Executives (MME, the Michigan state association) and the Michigan Association of County Administrative Officials and a member of the Michigan Municipal League board. Among his many awards and recognitions was the John M. Patriarche Award for Career Excellence, the top honor conferred by the MME. ICMA recognized him with the In-Service Training Award in Memory of Clarence E. Ridley in 1999.

"When Marc Ott called to inform me of the Distinguished Service Award, I was speechless. To receive this recognition is profoundly humbling, especially when I consider my fellow honorees, and those who have preceded us."

A life-long learner, Delabbio achieved a doctoral degree from Western Michigan University in 2006. He has been a tireless advocate for professional development and education for employees and professional peers and initiated the Kent County Leadership Development Institute and further developed the Kent County Leadership Enrichment and Development (LEAD) program. He taught at five universities over the years and generously shared his knowledge and experience through countless conference presentations and published papers and articles.

Despite his significant professional responsibilities, Delabbio has made time to counsel and mentor dozens of individuals—from young people exploring public management as a profession to experienced managers needing a sounding board. He and his wife, Connie, funded an endowed Scholarship in Public Service for MPA students at Wayne State University in Detroit.

Throughout his career, Delabbio has earned respect as a mentor, innovator, teacher, expert, and thought leader.