In recognition of ICMA members’ years of public service, these members were presented 45 Year Service Awards in 2020.

"Mistakes are not asimportant as what was learned. First and foremost, do unto others as you would have them do unto you.Take care of your employees - they are your greatest asset! Have fun and make a difference!"

"Make a habit of attempting to learn something every day, particularly from mistakes. One such lesson was recognizing I cannot “do it all”. This is a team game."

Bernard Cooper has devoted his 45-year career to the town of Norwood, Massachusetts, where he serves as assistant general manager, a position he has held since 1979. Previously, he was administrative assistant to the general manager (1973 – 1978), and federal funds administrator (1972 – 1973).

"I have learned over the years that you if you can’t control it just minimize the impact. I have been blessed to only be ‘transitioned’ once by a Council. I knew it was coming and did my best to control the outcome."

"Maintain an open-door policy to all employees, elected officials and citizens and don’t do or say anything you wouldn’t say or repeat to your Mother." 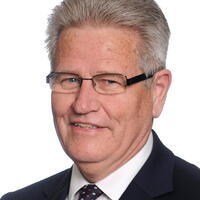 "Don’t take the first answer to your question as providing all of the relevant information you need to investigate a complaint. It’s hard to admit a mistake, whoever makes it." 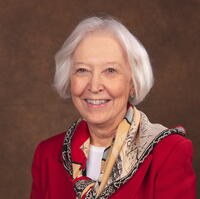 "Meeting with drones/unmanned aircraft advocates regarding proposed limitations of flying within the city…they all brought their drones to the meeting and offered to fly them."

"Take the time to understand all points of view, don’t assume what others are thinking or the worst outcome and don’t worry about matters outside of your control!"

"As I progressed in my local government career, there were times when I did not maintain a healthy balance between my work and family life.My work and life experiences through the years have greatly influenced how I currently manage and prioritize work assignments for employees – always weighing the importance of family life for employees with the demands and expectations of elected officials and the community.ThePublic Management magazine published by ICMAinJuly 2019 focused on “Work-Life Balance” issues, and the concepts in this publication are an important read if struggling with finding a healthy work-life balance."

"One of my biggest mistakes I made when I became City Manager was not communicating effectively withmyMayor and Council members. I had a couple of agenda items denied by my city council due to the fact that I hadn't either workshopped the item with them or I had not discussed it one on onewith them prior to the publicmeeting. Ithought theywere slam dunk items. Lesson learned and it has never happened since!"

Scott C. McElree, borough manager in Quakertown, Pennsylvania, also served that community as chief of police (2004 - 2007). Before that, he was a police officer in Whitemarsh Township, Pennsylvania (1975 – 2004).

"Listen patiently first, not jump in with your opinion. Don’t burn bridges."!

"The strength of ICMA is its diversity of people from all different backgrounds and disciplines. Each person’s story is different and unique."

"For most my career I kept a copy of Covey’s “Seven Habits “with my personal mission statement written in it “to create respect for people and place”.