2020 Award for Career Development in Memory of L.P. Cookingham 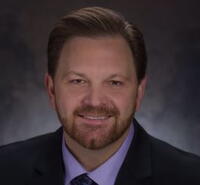 William (Bill) Bell has distinguished himself as a true champion for women in local government, During his nine-year tenure in Montrose he hired and mentored talented women who have since gone on to succeed in leadership positions.

“I think as a city manager a lot of times we focus on what we’ve done for the community or what we can do for the community, and it is really easy to forget about the work that everyone around you is doing, and so to get an award like this that is based on the development of those around you is just really personal to me and it is really impactful.”

Bell’s attentiveness to supporting, mentoring, and advancing women in local government is demonstrated in some outstanding examples:

Bell’s leadership in career development has played out in the context of his many other accomplishments as city manager. He has led the city in economic and community development, passage of a sales tax initiative to support public safety, advancements in communication and community outreach, and numerous organizational improvements. Many initiatives have been headed by women. Bill also champions the Montrose Youth City Council, taking great care to ensure that each student leaves the program better prepared.

Bell is a past president of both the Colorado City & County Managers’ Association and the Colorado Municipal League and a member of ICMA’s Governmental Affairs and Policy Committee. An active Rotarian, he is part of the Rotary Youth Exchange Program and sits on the committee that interviews outbound exchange students.