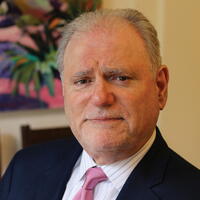 David Altman has been a civic leader serving the Cincinnati area for more than four decades. As executive secretary of the Murray & Agnes Seasongood Good Government Foundation since 1975, he has mirrored the foundation’s commitment to ensuring accountability, transparency, equitability, and efficiency in local government.

In addition to his position with the foundation, he has participated in state and local governmental advisory councils and has served on numerous nonprofit boards, including those of the National Civic League, New Life Youth Services, and Family Services of Greater Cincinnati.

During Altman’s 44-year tenure with the Seasongood Foundation and its predecessor, the foundation has supported citizen engagement and civic education through grants for community organizations and professional associations committed to facilitating and enabling good government and governance, for internships designed to instill good government ideals in the interns and provide needed resources to local government, research on topics of civic merit, and public forums and conferences to promote civic dialogue or facilitate citizen action. Grants have supported the League of Women Voters naturalization and voter registration programs, homeless services, public service awards programs, and more.

Altman has been the voice of reason during attacks on the council-manager plan and has provided support for the plan as local governments consider adoption.

Murray and Agnes Seasongood were philanthropists whose work, while broad, focused primarily on the promotion of good government and civic reform. Murray Seasongood was the mayor of Cincinnati from 1926 to 1930, and Cincinnati became one of the first municipalities to embrace the council-manager form. Since then, the good government professional service principles inherent in the plan have spread throughout the region.

As Altman retires from his position after an extraordinary 44 years of service to the community and profession, he can look back on a career committed to the improvement of local government.

University of Texas at Arlington 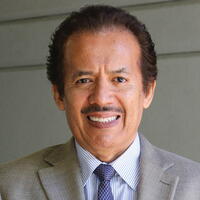 Throughout his career, Dr. Alejandro Rodriguez has made significant contributions to local government through his academic preparation and mentorship of aspiring local government managers, his incorporation of practitioners as adjunct faculty and partners in research projects, and his applied research for the benefit of local governments.

As an associate professor of public affairs in the College of Architecture, Planning and Public Affairs, he has taught courses in public administration, public budgeting, capital budgeting and planning, federalism and intergovernmental relations, and ethics in public service—all of which are fundamental to professional local government.

As a former city planner, Dr. Rodriguez understands the value of the practitioner perspective, which has informed the development of an MPA Capstone Program and an MPA City Cohort Program. The marriage of academic and practitioner knowledge has provided students with invaluable insight and a thorough understanding of the role of managers in public service.

The Capstone Program prepares city management aspirants through completion of research projects for public organizations. Capstone graduates can “walk in” to public organizations with a thorough grounding in the skills and abilities necessary to be functioning team members in a municipal setting.

The City Cohort Program provides flexible learning opportunities for students who are full-time local government employees. Students complete a 39-hour program toward the MPA that emphasizes economic development and urban management and are provided on-duty time in municipal facilities to complete coursework.

Dr. Rodriguez has coordinated the completion of external projects such as the development of a “youth master plan” for DeSoto, Texas, designed to ensure a positive path from adolescence to adulthood for young people ages 11–19. He has also contributed applied research in Texas local governance and municipal library systems.

To recognize these and other contributions, Dr. Rodriguez is awarded honorary membership in ICMA.

Provost for Graduate and Professional Divisions 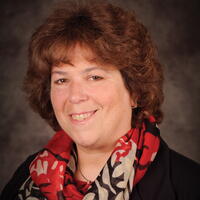 Patricia Salkin has dedicated her career to advancing municipal land use study and the education of future local government professionals. She currently serves as the provost for graduate and professional divisions at Touro College in New York City. Before that, she served as dean and professor of law at the college’s Jacob D. Fuchsberg Law Center and in numerous capacities at Albany Law School, including director of the Government Law Center.

She has taught classroom and online courses on topics that include land use law, current legal issues in government, government ethics, introduction to Chinese law, housing law and policy, and New York State administrative law.

Provost Salkin received the New York Planning Federation’s first lifetime achievement award for her service to municipal legislatures, planning and zoning boards, and affected stakeholders. When she led the Government Law Center, she frequently convened state and municipal officials to address cutting-edge legal issues. The leadership of the New York Association of Towns, the New York Conference of Mayors, and the New York State Association of Counties all rely on her advice and counsel.

Provost Salkin is a prodigious author and speaker. She has written hundreds of articles and books on land use, zoning, and planning law; social media and local governments; climate change and sustainable development; and related topics She is a frequent collaborator and publishing partner with Professor John Nolon, another ICMA honorary member. She maintains a land use blog and is editor of a land use and zoning law reporter with wide circulation. She has spoken at countless local, regional, and statewide conferences and workshops and has lectured on and become involved with numerous efforts to increase resident participation in the formulation of land use plans and regulations, including training at the Land Use Law Center at Pace University Law School.

To recognize these and other contributions, Provost Salkin is awarded honorary membership in ICMA.