Advocating adoption and retention of the council-manager form and establishment of professional management positions are mission priorities for ICMA. #Giving Tuesday, November 27, is the perfect time to renew your commitment to advocating professionalism in local government management by making a donation to ICMA’s Future of Professional Management Fund. Mounting grassroots campaigns to educate residents about…

Advocating adoption and retention of the council-manager form and establishment of professional management positions are mission priorities for ICMA. #Giving Tuesday, November 27, is the perfect time to renew your commitment to advocating professionalism in local government management by making a donation to ICMA’s Future of Professional Management Fund.

Mounting grassroots campaigns to educate residents about the value that professional management brings to communities cost money. ICMA’s Future of Professional Management Fund has been there for resident-based groups and others that request financial assistance in support of these efforts. We also maintain a variety of resources, including the Life, Well Run initiative website, to increase public awareness about the benefits of professional management.

A clear win in Clearwater, Florida! 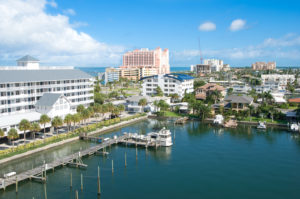 This year in Clearwater, Florida (pop. 115,513), ICMA provided promotional resources and a contribution from its Future of Professional Management Fund to assist the “No Boss Mayor Clearwater Committee” in fighting a long, hard battle to retain the council-manager form. Thanks to these efforts, on November 6, residents in this key Florida city soundly defeated an initiative (spearheaded by the city’s business community) to adopt the mayor-council structure by a 59-to-41-percent margin. A representative of “No Boss Mayor” said afterward: “We could not have done it without the help of ICMA and others.”

Danville, Illinois: Even when we lose, we win!
While not every advocacy campaign is an immediate success, efforts to educate the public about the value of the council-manager form and professional management are never in vain. 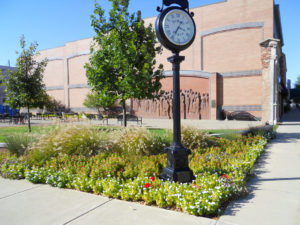 ICMA’s Fund, for example, provided financial and other resources to “Moving Danville Forward” in Danville, Illinois (pop. 31,424). Despite more than six month’s hard work by the group, on November 6, residents voted to retain their current aldermanic form of government. A representative of “Moving Danville Forward” had this to say in the aftermath of the disappointing vote:

“Our collective efforts to educate the citizens of Danville and provide them with specific examples of how council-manager government works were highly beneficial for this campaign, as well as the many discussions that took place throughout our community. Positive change has already taken place…The level of discussions has been elevated among the city council and the citizens who elect them. Even some of those supporting the opposition have acknowledged that they were enlightened as to what is critical for Danville’s future, and the need for more and better participation…. There is little doubt professional management will re-surface in Danville’s future, and it is our hope this effort has prepared a good foundation to continue building on. THANKS TO ALL!!!”

Help ICMA continue our efforts to advocate on behalf of the council-manager government and professional management. Look for #WhyIGive on social media and donate to ICMA’s Future of Professional Management Fund.

America finds itself in turmoil because we have failed to address racism and the inequities that it perpetuates. [PM Magazine, June 2020 Special Supplement]

WOMEN IN LEADERSHIP: Matters of the Heart

What is the heart of your community saying? [PM Magazine, June 2020]

Engaging for Local Government Innovation: It Is Always a Great Idea

Three engagement-related approaches that can help you during normal times or times of crisis.