Even in the best run cities, the role of the manager is often invisible. City, county, and town managers work behind the scenes without flash or fanfare to deliver essential services and improve the quality of life for their residents.

It is typically the mayor who is highly visible with the platform to command media and public attention. That dynamic is one reason why form of government campaigns can be difficult. So, when a well-organized effort to change the form of government in Austin, Texas, from council-manager to strong mayor emerged last summer, it was unsurprising that the city’s most experienced mayoral campaign operatives and city hall insiders led the effort. For months, they dominated the political dialogue, with little opposition.

To successfully present the the council-manager form of government, voters needed to clearly see and understand the value of professional local government management. Through a six-month public information campaign and coordinated grass-roots effort, ICMA worked together with the Texas City Management Association and other local partners to do just that, making visible the role of professional management and garnering support for the council-manager system.

Austin voters last month overwhelmingly rejected the change to strong mayor. Through it all, the importance of this profession stood squarely in the spotlight and reflected brilliantly the value of this profession. Terrell Blodgett, one of ICMA’s longest serving members, said it best: “The outcome reflects the esteem with which the community holds our whole history of professional management.”

The victory that many of us worked so hard to achieve is noteworthy for several reasons. I must admit that the battle was a bit personal because I had been the city manager in Austin for nearly nine years prior to joining ICMA. As the eleventh largest city in the United States, Austin has become widely known as one of the best managed cities in the country, and on the cutting edge of best practices and quality of life. Cities throughout Texas and across the country look to Austin as a hallmark of local governance. Whether the form of government could withstand a well-funded effort to implement a strong mayor system was being tested for all to witness.

While this initiative had the potential to become highly partisan, what struck me was the diversity of groups that banded together to focus on one thing—serving the best interests of the city. Austin media noted the diversity of support for retention of the council-manager form by calling it an “unusual coalition…from labor to business to environmental groups, that frequently disagree on such matters.” The leader of AFSCME, who at times is at odds with the city manager, organized a coalition of all the other labor PACs to support the council-manager form. Business leaders and the Austin Chamber of Commerce also saw that a strong mayor could lead to a return of cronyism in decision-making, creating a potentially negative impact on the city’s excellent financial rating. Nonprofit groups like Clean Water Action saw the move as potentially undermining the objectives they had been working to achieve in partnership with the professionally run city government.

Perhaps most satisfying is that despite the rhetoric used by advocates to describe the strong mayor form as being more accountable and representative, 86 percent of voters saw through the façade and rejected it. Less than a decade ago, Austin moved from an at-large council system to single member districts. In doing so, all citizens, especially the Hispanic and African American communities who had been historically marginalized and underrepresented, were given a greater voice at city hall. The strong mayor approach, with its concentration of power in the hands of one elected official, including the oversight of the city’s departments by an individual lacking professional management expertise, was seen by residents as contrary to the equity, diversity, and inclusion they desired.

No doubt there will be more battles ahead. Politicians and special interest groups will continue to leverage opportunities to attack the council-manager form of government. But the Austin outcome demonstrates how a concerted effort to inform the community can create broad recognition that professional, nonpartisan local government managers do their jobs on behalf of everyone living and working in the community. It serves as a powerful endorsement of the type of leadership that we have come to represent—engaging with all constituencies in the community from underrepresented racial and ethnic groups to the business, labor, and nonprofit communities, managing conflicts and seeking compromise.

Through public engagement and information campaigns developed with our state association and local partners we will continue to advance our mission—the council-manager form of government gives all constituents the best path forward. It ensures that the representatives elected by the people set the policy guidance with all districts having equal representation, while also making certain that the administration of government is managed by staff with the knowledge, experience, and expertise to accomplish the goals and outcomes established by that elected body. It reduces opportunity for corruption, strengthens the power of the people, and increases government accountability. And that is why, especially in these divisive times, it continues to be the winning formula for Austin and for good local government everywhere.

ICMA’s Director of Advocacy Jason Grant works with state associations and citizen groups on form of government issues as they arise.

Bridgewater, Massachusetts: ICMA provided information regarding the council-manager form of government to inform their charter commission public meeting engagement sessions held in May 2021.

Portland, Maine: ICMA is assisting with efforts to defend the council-manager form of government amid organized support for changing to a strong mayor system during review of the city’s charter later this year. 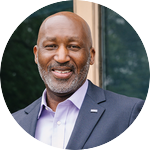 ICMA affiliate in Romania and ICMA Europe visited Moldova to support the establishment of a city manager position in Moldova.

From the Ballot Box: November 2020

Voters in Sacramento and Saratoga Springs respond to form of government questions on the ballot.

Give a gift to ICMA's Future of Professional Management Fund on December 1 or make a tax-deductible, end-of-year gift by December 31.

Letter from the Executive Director: The ICMA Code of Ethics